Whiteness And Christianity Are Blocking American Social Cohesion
LOGIN
Monday, December 5, 2022
Top Posts
What’s Up With the Nazi “Black Sun” Rune Wheel?
Elizabeth Clare Prophet Claimed To Be ‘Clairvoyant’
The Eightfold Path of Denial of Death
Why I Left The Radical Secular Podcast
Miss R*EVOLutionaries: Panel Discussion
Money Is Not A “Shared Fiction”
Beliefs About God Won’t Make You Moral
This Is Not Fine!
Wealth Concentration Leads to Feudalism
Is Something Unclear About What’s Wrong With America?
SUBSCRIBE
Archive

Bigotry must be actively fought 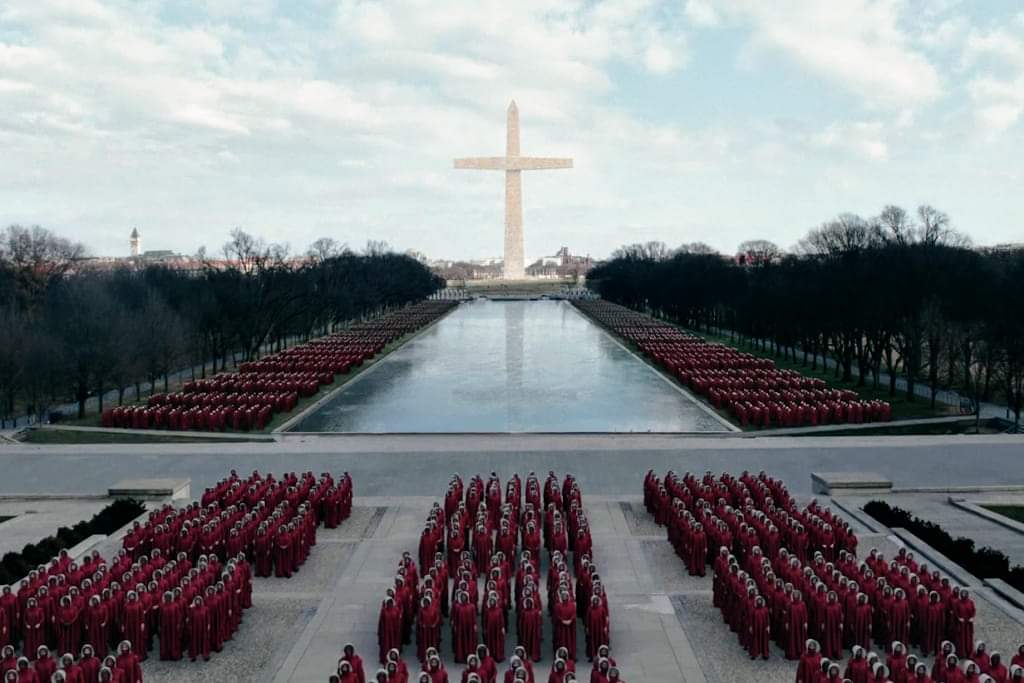 Having culled and curated my friends list for years, my daily experience on social media is pretty free of casual racists. But when it comes to comments on posts from the larger pages, or comments on friend’s posts, it’s sometimes astounding to see the levels of both racism and racism denial. One of my favorites is when some white guy™ starts rattling on about how “racial identities are bad for everyone, including white people.” Some white guy™ will then whitesplain that race is an “unscientific construct,” and therefore he “doesn’t see color.”

I will then dutifully point out to this person that this attitude is the textbook definition of white privilege. That being a white person, especially a white man, in a white society, allows that white man to remain unconcerned with his ethnicity, since he is the default, and he is in the majority, he has never had to think very much about his race.

For the most part, he’s never been judged for his race, except for that he is in a preferred group. “Right this way, sir.” He’s never been profiled by cops, except that he is considered generally above suspicion. He’s never been asked, “is this your car” when getting pulled over. He’s never had someone shadow him in a clothing store to make sure he wasn’t stealing. He’s never been turned down for a job because of his race. His resume has never been tossed aside due to his name, because his name is Chad Smith, not Antoine Okunade.

This should be an easy concept.

But for a lot of white guys, it’s impossible for them to wrap their heads around the existence of white privilege.

In fact when I point this out, I usually get a lot of cursing, and angry and laugh emojis.

It turns out that in America, white people can’t see the forest of racism for the trees. It is embedded so deeply in our mental DNA, that we actually have a suppression program in our brains that activates–at any mention of white privilege.

The problem many white people have with the concept of white privilege is that it puts an asterisk by the performance of every white person. If someone owns a home or a business or holds political office, did they truly earn it? Or was it granted to them because of their white privilege?

I understand that this is a difficult question to face. No one wants to believe they were handed anything, and of course, everyone believes their success is due solely to their hard work and intelligence. That luck or social standing or skin color might have played a role, is a bitter pill to swallow.

However, let’s look at the asterisk that has been next to the names of people of color for decades: “She only got that job because of affirmative action,” Or, “you must be your department’s diversity hire.”

White people make these comments without a second thought. And they don’t understand how devastating such sentiments can be, until they try on the shoes of white privilege. When someone comes up to them and says “You owe your job to centuries of white privilege,” then and only then do they understand how it feels to have their confidence, success, and intelligence questioned. Just like a person of color has been questioned–for their entire life.

I understand that this is difficult. Why would a privileged person want to acknowledge or discuss such an uncomfortable subject? The answer is, they wouldn’t. Which is why you hear countless white people saying that they “don’t see color.”

Some of this is the result of demographic shifts which have brought whites closer and closer to minority status. By the early 2040s, the white European demographic is projected to become a minority in the United States. Suddenly, white identity is front-and-center, as white people face the prospect, for the first time, of not being the default ethnicity. Suddenly, scads of people feel the need to publicly display symbols of white pride. This is what is behind the MAGA phenomenon, the alt right “European-identity” flex, and the seething hostility to immigrants of color.

Disproportionate MAGA rage raises the uncomfortable question, of how the US treats its minority populations? White people know from long experience, that they haven’t treated minorities well. If they didn’t know, they wouldn’t fear their looming minority status, right?

Christianity and racism are intertwined

It’s not just white privilege that’s at issue here. It’s also Christian privilege. For many white Christians, white Christian nationalism is so much a part of the idea of America, that it has become inseparable. Most black Americans are also Christians. But remember how Christianity first entered the black experience, which is by force. Enslaved people whose bodies were bought and sold were prisoners of white slave owners. They cannot be expected to have had free minds, or to have made a free choice about adopting the religion of their enslavers. For generations of enslaved people, Christianity was the only option, the only religion they ever knew.

I can’t think of a more textbook example of Stockholm Syndrome.

The cross is not neutral or benign

It’s one thing to be shocked about KKK hoods, or MAGA hats. We see these symbols and we immediately think of hate. But there’s another symbol that directly represents the complete and total subjugation of the African people. And that is the Christian cross. How is it that we don’t acknowledge this? How is it that black people can display crosses without realizing that the cross literally represented the death of their ancestral religion, and the loss of connection to the culture of their homeland?

As an unapologetic white male anti-theist, I do hate what the cross represents. And I have my own very good reasons. Chiefly because it has been used as a moral cudgel to universalize authoritarian Christian attitudes, to inject them into governance, and to delegitimize non-believers and those who don’t follow arbitrary Christian morality. That self-righteous Christian baker who refused to make a cake for a gay wedding, most assuredly displays a cross at home. It’s simply embarrassing how much pain and bigotry hides behind the virtue-signaling of that symbol.

But the Christian cross should be at least doubly or triply hateful to people of color.

In most of white Catholic or Protestant America, Christians see the cross as a symbol of universal good, and the sacrifice of the “son of God” for the saving of the souls of sinners. I’ll leave aside the sheer morbidity of that incongruous belief. Even a hint that the cross might be a symbol of oppression, is considered by Christian believers to be preposterous. Which is, again, another manifestation of white privilege. The cross has been around so long that it’s synonymous with the default of “goodness.”

And too many black people have forgotten its awful history.

What if it were the star and crescent?

Every time you see a cross displayed publically, you ought to sit up straight, and think about how you allowed such a symbol of oppression to become not only commonplace, but came to revere it. And every time you see someone wearing a cross or pass a church with a large cross display, think about your unquestioned assumptions, and begin to understand that it’s not all sweetness and light.

Display of the cross in the United States is yet another level of plausibly-deniable racism and white privilege hiding in plain sight. It cannot be made neutral, nor can it be separated from the heinous actions of the Christian church and its followers, which have trampled human rights not just in America but worldwide, for centuries.

The Christian cross today still represents an “acceptable” display of patriarchy and white supremacy, and ultimately discrimination against people of color, LGBTQ+ populations, women, and non-Christians. If you’re a Christian who disagrees with my assessment, consider what your reaction would be if every Christian church in the United States were to suddenly turn into a mosque? Consider how you might feel if celebrities and public figures started wearing Islamist symbols around their necks? What if giant penis sculptures to the god Priapus were allowed on public property? Or if Jesus was portrayed as gay, or Yahweh as a trans woman?

That kind of grating culture shock is how the Christian cross feels to non-Christians.

So we should all be able to agree instinctively that religious symbols can feel hostile to non-believers in that religion, and should therefore not be displayed on public property, or in official government iconography. Such official displays are disenfranchising to the citizenship of anyone who doesn’t follow that religion. That’s why seeing a national symbol like the Washington Monument turned into a cross in a fictional television series is so revolting. Pluralistic democracy absolutely must be neutral regarding religion. It cannot exist, otherwise.

Recognize that in a future society where equality and dignity were universally recognized–and races and genders and nationalities were treated equally, there would be no room for such oppressive symbols. If Christianity were no longer the majority religion in the United States, the Christian cross with its history of white supremacy, would be as out of place in our nation as the Confederate flag.