A Constitutional Software Upgrade: with Alan Dechert
LOGIN
Monday, December 5, 2022
Top Posts
What’s Up With the Nazi “Black Sun” Rune Wheel?
Elizabeth Clare Prophet Claimed To Be ‘Clairvoyant’
The Eightfold Path of Denial of Death
Why I Left The Radical Secular Podcast
Miss R*EVOLutionaries: Panel Discussion
Money Is Not A “Shared Fiction”
Beliefs About God Won’t Make You Moral
This Is Not Fine!
Wealth Concentration Leads to Feudalism
Is Something Unclear About What’s Wrong With America?
SUBSCRIBE
Archive 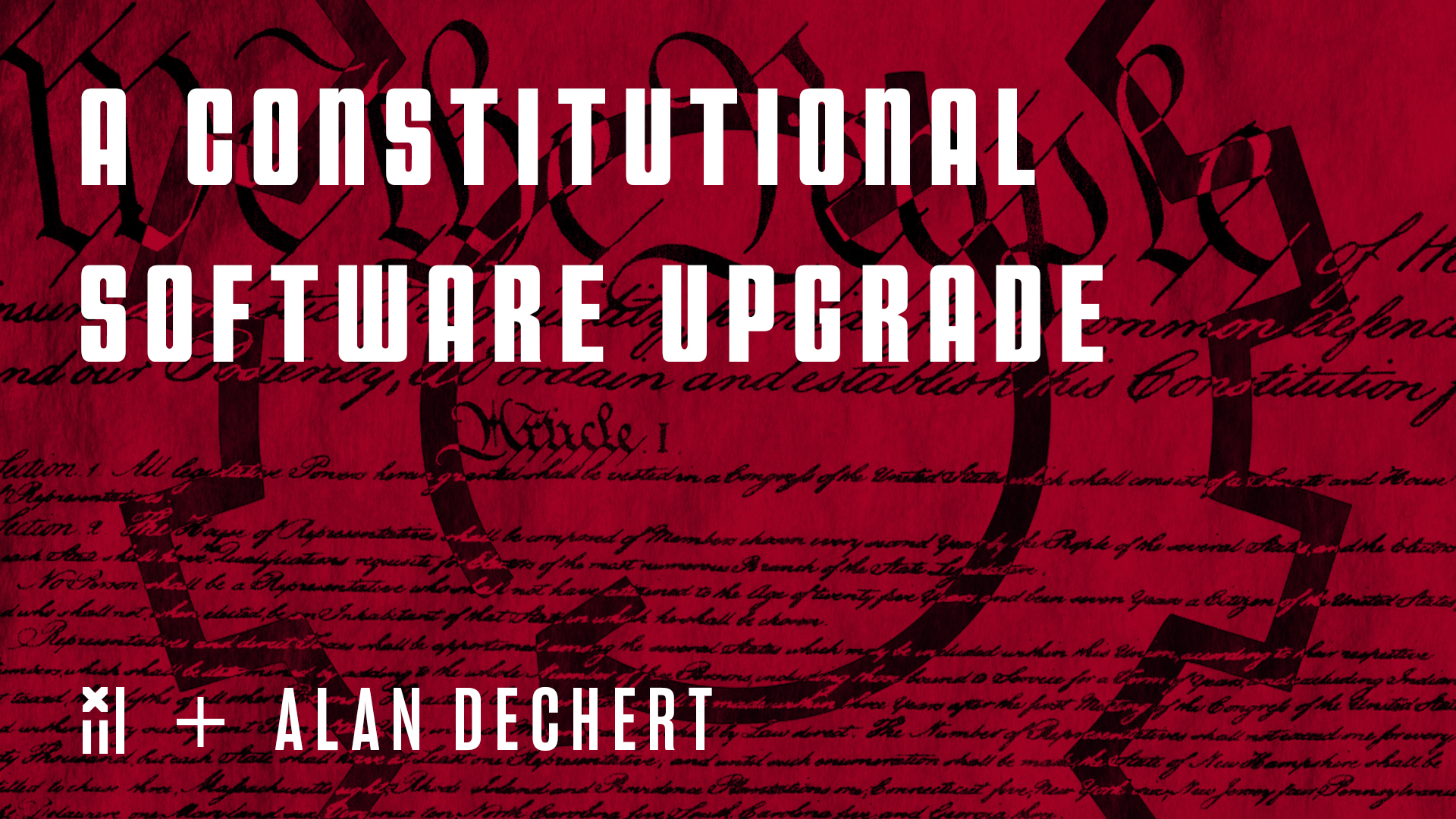 Growing up in the 1950s and 1960s, Alan Dechert noticed an incomprehensible paradox. Humanity had seen incredible progress in many ways, but civilization was still in poor condition. Wars, violence, famine, environmental catastrophes, inequities, and corruption dominated the news.

In the 1970s, while a student at UC Berkeley, it came to him… his grand idea for how to resolve these age-old contradictions. The idea was too big for the usual modes of presentation. He would have to break it down into manageable pieces. Instead of a book, he wrote articles; instead of one massive political campaign, he got involved in several.

In 2017, he decided to roll up all his projects into one all-inclusive change-the-world project, a new system of global governance which will require constitutional reform for the United States and the world.

(00:00) Intro and T-shirts. Joe and Sean introduce our guest, and discuss the importance of a planetary perspective.

(07:09) History and a statement of purpose for Open Source Governance. Peace as a human right. The price of failure a century ago, at the League of Nations.

(16:37) “To Secure These Rights.” Addressing the question of popular sovereignty. Enumerating new rights.

(24:49) Disenfranchisement, and the difficulty of eliminating the non-proportional representation of the Senate. Any new constitution has to be ratified by 38 states.

(32:00) Principles of global equality are vitally important. The omission of a statement of equality from the Treaty of Versailles led directly to the hostilities of WWII.

(38:06) How does this new Constitution handle the question of “limited government” which conservatives seem to be obsessed with? Answer lies in getting government out of the business of supporting the military industrial complex and the fossil fuel industry.

(47:29) Separation of powers. The new Constitution reduces the power of the Presidency with a new position of an elected co-executive in the office of Attorney General who’s elected for a single 10 year term. Currently, the POTUS is the chief law enforcement officer and has the power of life and death over every American.

(58:08) How does the new Constitution handle federalism? Confronting the hijacking of state governments by the military industrial complex through the doling out of military contracts to every state. Need to restore equality, rule of law, and rights to the highest priority.

(01:12:50) Fighting back against theocracy. The Year Zero campaign and the new calendar for the Solar Era. Clarifying the “free exercise” clause to curtail special religious privilege in the law.

(01:35:27) The Constitution as software. The new Constitution will be like open-source software, use software development tools and iterative processes to improve and finalize the text in cooperation with legal scholars.