The Words We Use
LOGIN
Sunday, November 27, 2022
Top Posts
What’s Up With the Nazi “Black Sun” Rune Wheel?
The Eightfold Path of Denial of Death
Elizabeth Clare Prophet Claimed To Be ‘Clairvoyant’
Why I Left The Radical Secular Podcast
Miss R*EVOLutionaries: Panel Discussion
Money Is Not A “Shared Fiction”
Beliefs About God Won’t Make You Moral
This Is Not Fine!
Wealth Concentration Leads to Feudalism
Is Something Unclear About What’s Wrong With America?
SUBSCRIBE
Archive

Home Bigotry And Racism The Words We Use

What we say, determines how we think 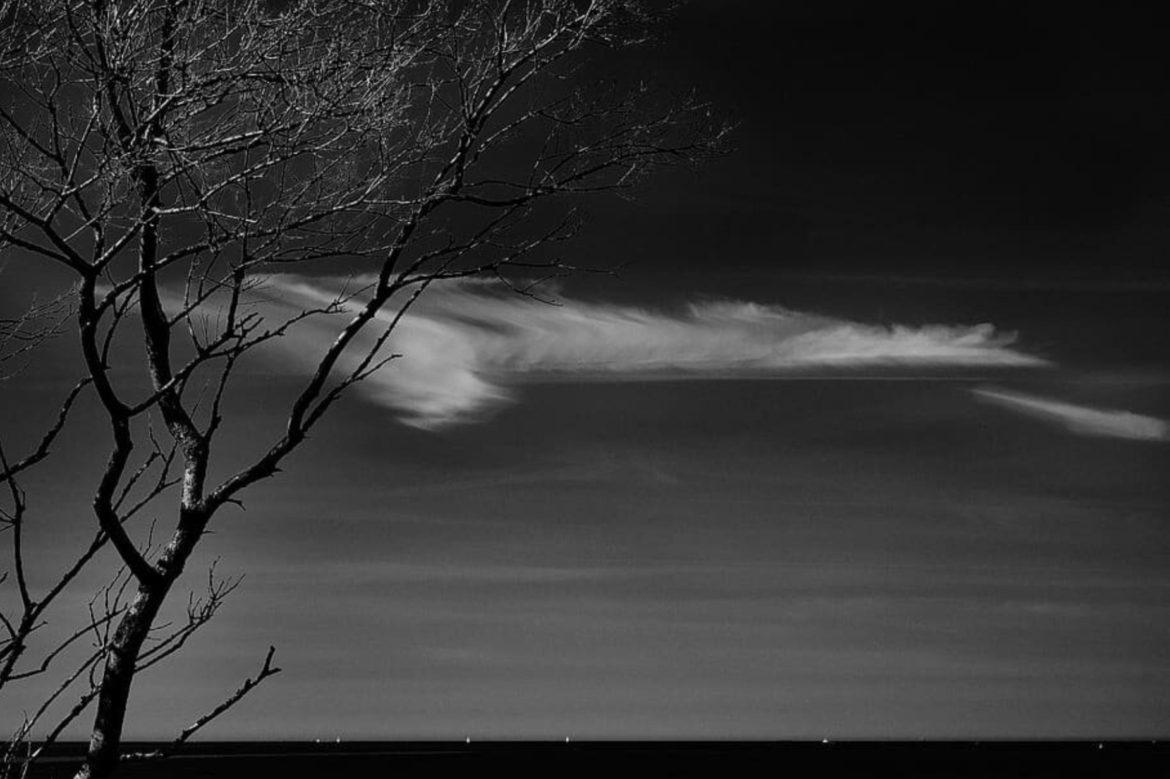 As we navigate through the tumultuous events in Afghanistan, I thought I would share some thoughts about the words we use. Crises related to war and destruction tend to bring out comments about human nature, about good and evil and the perennial questions on “nature of man?” Ideas about this are highly contingent on pre-existing conceptions of good and evil, and that’s sort of what I want to talk to you about. I myself don’t have an answer to the actual question, but these words, good and evil, have their own agency.

Words not only describe the world, they do much more, they shape the world. Of course, this speaks to the thorny issue of consciousness and the nature of reality, and I will mention a few things about it, though, I won’t linger there. Examining how we use words is my purpose here. It is a down to earth political matter. Let’s take a moment to talk about these words —nature, good and evil — that ostensibly lie at the heart of this ageless question about ourselves.

It it worth looking beyond the question and paying attention to these words themselves. The world is objectively quantifiable. That is a fine working assumption. Even so, there are a whole set of phenomena that are arguably fluid and ambiguous until words give them shape. One’s relationship with words has a creative/destructive effect on reality itself.

The very nature of reality may be innately contingent, that is, fundamentally ambiguous. It may require a shift in paradigms to understand. All of that may or may not be true, but in a practical sense there are clearly real things in the world with exacting ethical consequences. Considering the state of affairs and the problems we face, mulling the thorny issue of consciousness is not on the top of my to do list. Having said that, what is “the nature of man?”

The Power of Words

I remember when Star Trek: The Next Generation was first aired in the 1990s, the famous line “where no man has gone before, had transformed to “where no one has gone before.” Our society was in the process challenging one of the words in that phrase, “man.” Most of us have come to understand that the word man, while it traditionally represented all of humanity, used in that way diminished half of us. Language has layered meanings, after all.

I saw a bumper sticker the other day that said: “Gluten is Toxic.”

Gluten has been part of the human diet for eons, but there is a disorder called Celiac disease which makes this protein harmful to some. That’s the objective data. Arsenic is toxic to everyone, no matter what one’s opinion about arsenic may be. All of this is measurable material reality. However, consider if gluten is only toxic to some people and not others, is it right to assign this word to the substance gluten? No, not really. There is some controversy in science about gluten intolerance and perhaps with time our understanding will change… that’s how science works.

It does bring to mind the question, what percentage of people must be adversely affected by a substance before it is labeled toxic? That’s a practical question and that’s where people generally take it, but it is not really what I am talking about here. I am more interested about the use of the word “toxic,” those layered meanings behind it. A word has unique power to shape consciousness and in turn actions and behaviors. That word, toxic, is shaping people’s beliefs about gluten more than science.

I saw a meme that said, “Walk Away from Toxic People.”

Here the word “toxic” is used to describe someone with disruptive and manipulative behavior. Mike is always trying to manipulate me. Milly is constantly critical. Fred always makes me feel like a failure. These are ostensibly the acts of the toxic people to which this meme refers. The word toxic provokes a set of characteristics. Toxic is damaging, hurtful, destructive and feels rather like a permanent condition. When the word wounded is used instead it creates another set of characteristics. A wounded person has deviated from a “healthy” norm, which implies they can be cured. The former makes the transgressor malevolent, whereas the latter is about dysfunction and illness.

Hence, some would prefer to use the term “wounded people” for people who act this way. Of course, the wise course may still be still to walk away. The word one chooses, however, not only describes people in the world it alters our very conceptions of personhood. It also alters the way we approach the problem of abuse. What of the words “good” and “evil” to ascribe the nature of humanity? They do much the same.

Words have great power. They just do. Words do not only describe the world they transform it. To believe that there are “toxic” people, is different than to believe there are “wounded” people. The former creates a condition of animosity while the latter one of empathy. Different reactions, different relationships and different outcomes occur.

And what of the discursive link between evil and darkness? This juxtaposition is culturally bound and has deeply racist historical overtones. And yet it’s a ubiquitous practice in our culture, even by people who are working towards progress and justice. If we do not challenge ourselves to think critically about such words, we limit our agency to understand and to change the world for the better. Notice that such introspection is ridiculed and opposed vehemently by the anti-justice crowd.

People in our society describe the world in terms that resonate powerfully with the old hierarchies which we here at the Radical Secular project oppose. I find myself using those teling words out of the necessity to communicate. Though I find these words problematic because of the cultural and historic baggage behind racism and religion, it remains a challenge for me. I’m caught in the language, too, but I consciously do not use the word “darkness” as an allegory for evil. Hell, I try to avoid using the world “evil” as an allegory for malevolence but I do slip up.

Light and dark are properties of matter and energy, how did they become so inherently linked to the old moral hierarchy of good and evil? One might argue it’s biological. Humans are diurnal, function during the day. Our eyes are not suited to the darkness. Dangers lurk there. But hold on… darkness is also associated with intimacy, rest, renewal. The light of the sun can be harsh, destructive. Light is revealing. One cannot hide from predation as easily as in the dark. Seems like cherry picking to me.

Look around the world and you will find that, across the world ideas of balance and imbalance are used to describe same phenomena as do good and evil. Imbalance, however, implies the possibility of change. Something out of balance can become balanced. “Evil,” on the other hand, implies permanence. The way cultures ascribe words in this way shapes the ethics and actions that are bound within those societies.

The concept of good and evil is as much a social construction as is race. “Are humans evil?” belongs to the same class of question as “is gluten toxic?” The words bound in these questions shape our minds in largely unconscious ways. They limit possibilities of greater understanding.

People who fight for social justice know that words matter greatly. Words are contested, their meaning fought over. Helping to rid ourselves or redefine a word is a political project. When I lived in the Andes, the word Kolla was a derogatory term used to describe the indigenous people of those mountains. We could see the people there fighting to take this term back, make it something proud. It has been much the same as the word queer for the LGBTQ+ community.

Do not use words uncritically. Pay heed to all words, not just the negative ones, even love.

“Man must evolve for all human conflict a method which rejects revenge, aggression and retaliation. The foundation of such a method is love.” Martin Luther King

There are many attributes to the word love such as romantic, familial, universal, unconditional. The word love is tied to goodness, benevolence, attraction, desire. MLK used the word love frequently, but that never stopped him from assertively pursuing justice and challenging the racism, violence and inequality in American society. Love was for him an organizing principle that not only determined a person’s character but also empowered human effort.

I suppose what I am saying is that the question “Are humans good or evil?” is more trouble than it’s worth. Understand why that is so. Be conscientious about using words because they shape the world. If we were to stop framing the question in those terms, we could then turn to a more constructive mode of thinking, like the ecological, a systems approach.

Look, and you will find this ancient moral language across political discourse. It does not serve humanity. It does not serve our understanding of what is going on in Afghanistan. The project did not fail because of some intrinsic moral deficiency, some evil in human nature. It failed because it was structurally designed to accomplish different things than it purported to be doing. Let’s look into that. Who were the architects? Why do they wield so much power in our society? What can we do to change the system so it does not happen once more?