Home Current Events Is Something Unclear About What’s Wrong With America?

A nation founded on exclusion 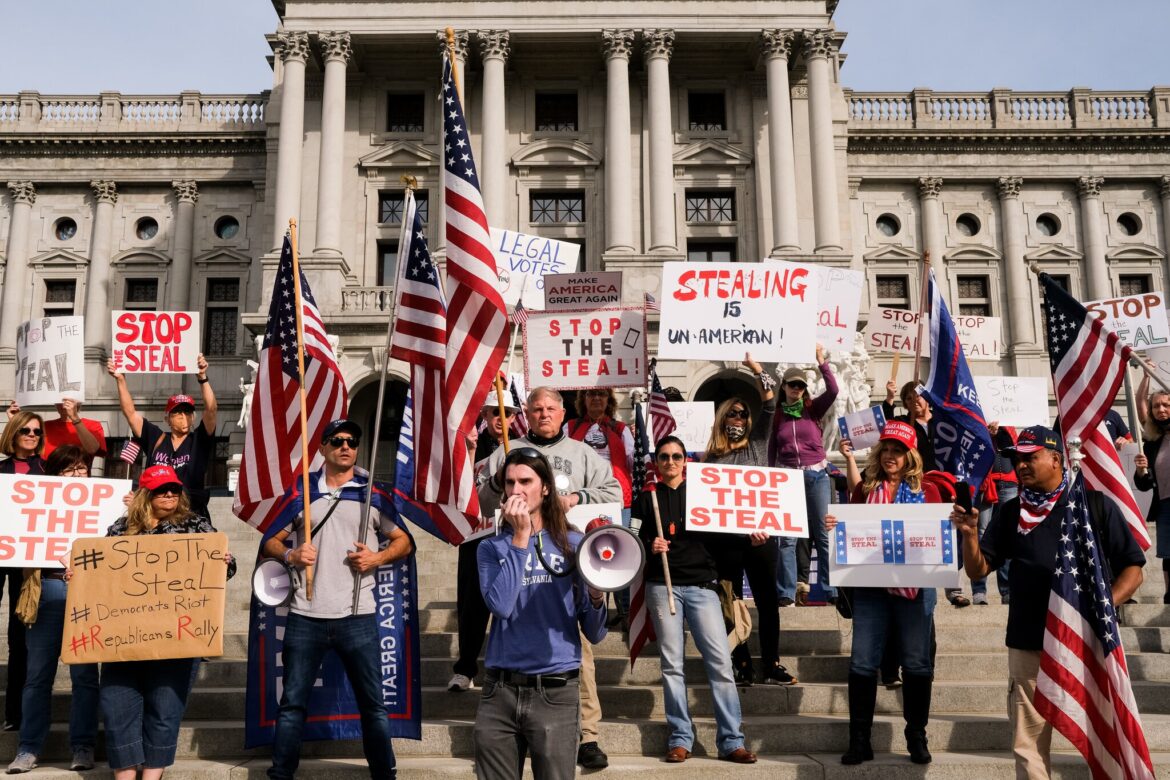 You don’t have any more excuses, not to wake up, and smell the treason.

No more “Oh wow, the Republicans really are criminals!” For the umpteenth time.

No more, “I can’t believe the Republicans don’t care about democracy!”

You’re just now figuring this out?

You’re about a century and a half late.

We’re still at war with our old nemesis—the Confederacy.

Worse than being at war with the former Soviet Union or China.

Because there are no bombs, no radiation, no fallout.

Our cities and homes still stand.

But the structure of our nation has been eaten away, by bloodthirsty scavengers.

The rotting floorboards creak ever louder, with the sounds of collapse.

The shouting heads of white supremacy serve their real masters, the investor class.

Sabotaging our future, while the trappings of our former greatness…

Because these foot-soldiers of corporate dominance are our “friends” and neighbors.

Into the face of the widow and the orphan and the disabled.

Fighting for a “cultural supremacy” built on lies about “freedom.”

Which has only ever existed for white property owners.

A concept of “rights” without responsibilities.

Of entitlement for the haves.

And “accountability” for the have-nots.

We’ve never had democracy in America.

We’ve never had “liberty and justice for all.”

And many Americans don’t actually want that.

Many Americans never believed in the American creed.

Many Americans adhere to a “moral” code that admits no hypocrisy.

Even as it carves out double and triple and quadruple standards.

Even as it twists itself into pretzel logic, and embraces bald-faced lies.

Even as it elevates rubes and knaves to public office.

Even as it carves up legislative districts that look like a Praying Mantis.

To be sure that white, straight, wealthy, Christian, heterosexual men,

And never face an uncomfortable question.

You hear the tired dog-foghorns for white supremacy everywhere.

They try for a more sophisticated approach.

The “textures,” and “rhythms” of American culture.

Do they think we’re fools?

Do they think we don’t see that this is,

And treating everyone else like second, third, and fourth-class citizens.

Suppressing the teaching of history.

So which is it? Do they want freedom of speech?

Or do they want to ban history from being taught to children?

When you think about it, the only possible reason to ban the teaching of real American history.

You can’t expect such hypocrites to ever say what they really mean.

Instead, they hide behind platitudes.

And a pretense that white, Christian America is the only true America.

The only America worth preserving.

And what would they do with the rest of America?

Condemn it to death.

Death from lack of health care.

Death from a pandemic they did everything they possibly could to make worse.

As the rube-in-chief told people to inject bleach and take deadly nostrums like hydroxychloroquine.

And even when the public health solution was provided,

Gift-wrapped from the halls of academia and science,

And hard work and American grit,

They scoffed and turned up their noses.

“I’d rather be shot, than be raped with your vaccine.”

“I’d rather kill people I’ve never met, than put a muzzle over my face.”

Many Americans remain committed to this Confederate cause.

Stop pretending this is some kind of new development.

If justice prevails, if majority rule ever holds sway, it will be a major miracle.

It will go against our entire 250-year history as a nation.

It will go against the actual principles on which the nation was founded.

Not the window-dressing pretense,

But the actual founding documents.

Our Constitution hobbled us with structural minority rule.

Our Constitution never intended for everyone to vote.

Our Constitution is almost impossible to change, by design.

Including Confederate legislatures, have to agree to any Amendments.

And why would legislatures elected by people who don’t want majority rule agree to that?

From the beginning, most of the population was excluded from the American project.

They were not counted by the Constitution,

Except as the cynical bargaining chips of the three-fifths compromise.

Even after the 14th Amendment, black votes have never been welcomed.

They always come with an asterisk.

Did they really vote, or did they cheat?

When you embrace “Manifest Destiny,”

When you’re used to stealing elections and getting away with it—for hundreds of years,

It’s easier to believe that an election was stolen from you, rather than lost.

By yet another stolen Presidential election in 1876.

Where a presidency was held hostage, to undo Lincoln’s work,

By removing the troops stationed in Confederate states to protect black voters.

During and after Reconstruction, duly elected black officials were ejected from legislatures.

Even an elected black governor had to flee his state.

Black voters have been poll-taxed, subjected to literacy tests, and “Voter ID.”

Black voters have been subject to endless recounts and conspiracy theories.

Black voters have been assaulted, murdered, and their neighborhoods burned.

Not just once in Tulsa, but hundreds of times in dozens of American cities.

Black voters have been lynched.

Black voters have been denied housing and education and opportunity.

Black voters have been jailed and lost their voting rights at high rates.

The Drug War combined voter suppression, and a re-imposition of slavery.

The 13th Amendment fully allows slavery for anyone convicted of a crime.

It’s right in the text.

And even aside from all that disenfranchisement,

Even among white voters,

In the Electoral College and the Senate.

Each with two Senators,

And not two Californias or two New Yorks or two Illinois?

Why do the states responsible for most of the nation’s ideas, innovations, and wealth,

Consistently enjoy less representation in the Senate and White House?

Than the 50 Republican Senators?

Then, when in spite of all the manipulations, “people votes” overrule “land votes…”

The Confederates change the rules.

Confederate justices on the Supreme Court have now nullified the Voting Rights Act.

They’re putting Confederate legislatures back in charge of running elections and counting votes.

Because democracy has never been the intent.

“State’s rights” has always been a sham to overturn the will of the majority.

Even though women gained suffrage 100 years ago.

There are almost as many Confederate white women as there are men.

The only group of women who reliably vote for majority rule and universal suffrage aren’t white.

And it seems the only people who care about that, are the ones still enslaved.

By a system that insults them with a pretense of legal equality.

That has never been fully realized.

Our predicament stems from the collapse of a tacit agreement between the parties.

That the parties would cooperate to pass legislation for the good of the nation.

So long as the exclusionary agreements on race remained in place.

That would keep our system with two firm tiers that could never be breached.

To maintain a permanent underclass.

To preserve the “wages of whiteness,” no matter how unjust.

Once that exclusionary agreement began to break down,

The realignment has been swift and severe.

The Republican party has become the party of white vengeance.

A grim reaper for the American Dream.

Because how dare anyone dispute,

That despite our lofty rhetoric to the contrary,

That dream was never meant to apply to “all.”

As much of a lie as our Pledge of Allegiance itself.

Or a sham democracy?

If you’re white you might be able to pretend that the system works for you.

But you’re being robbed just as surely—if a bit more slowly.

Why hasn’t the working class in America gotten a real raise since 1980?

While the share of the nation’s wealth owned by the investor class has soared?

Why do two incomes barely cover what one income used to?

Why are our kids starting out their lives drowning in student debt?

Why do we fret about what the billionaires do with their money,

When we’ve failed to tax them?

Why is the phrase “public goods” political poison?

Why have we given the lunatics a megaphone?

Why do we fall for their constant cries of “socialism?”

When any public policy attempts to breach the color line?

Is the real Republican Party motto.

Cities and small towns across our land filled in their public swimming pools in the late 1950s,

Rather than share them with their fellow citizens of color.

And the same metaphor applies to every public good.

Because greed, and corruption, and white supremacy, are America’s real religion.

Christianity is at the heart of it all.

There is no such thing as a split between “real Christians,” and Evangelicals.

No Christian in America follows “the teachings of Jesus.”

Because we don’t even know what that means.

It’s a wish for a universe that doesn’t exist.

With a completely different version of Homo Sapiens.

“Turn the other cheek” is a gaslighting formula for enabling abusers.

“Forgiveness” only helps them to re-offend even sooner.

Fear of divine judgment only works on the “little people.”

The powerful scoff at our naivete.

Getting Americans to pretend to follow the mistranslated words of a carpenter from Nazareth,

While they drain your wallet and enslave your children.

And you wonder why the fools and scumbags who attacked our democracy,

And ransacked our nation’s Capitol on January 6th,

Thought “god” was on their side?

You wonder how these Confederates in our Congress can be against a reckoning for their crimes?

After all that’s transpired?

What is it going to take?

To connect these ideas to their consequences?

What is it going to take?

For us to ever face reality?