It’s Our Climate, It’s Our Home
LOGIN
Sunday, December 4, 2022
Top Posts
What’s Up With the Nazi “Black Sun” Rune Wheel?
Elizabeth Clare Prophet Claimed To Be ‘Clairvoyant’
The Eightfold Path of Denial of Death
Why I Left The Radical Secular Podcast
Miss R*EVOLutionaries: Panel Discussion
Money Is Not A “Shared Fiction”
Beliefs About God Won’t Make You Moral
This Is Not Fine!
Wealth Concentration Leads to Feudalism
Is Something Unclear About What’s Wrong With America?
SUBSCRIBE
Archive

There's nowhere to run from this crisis 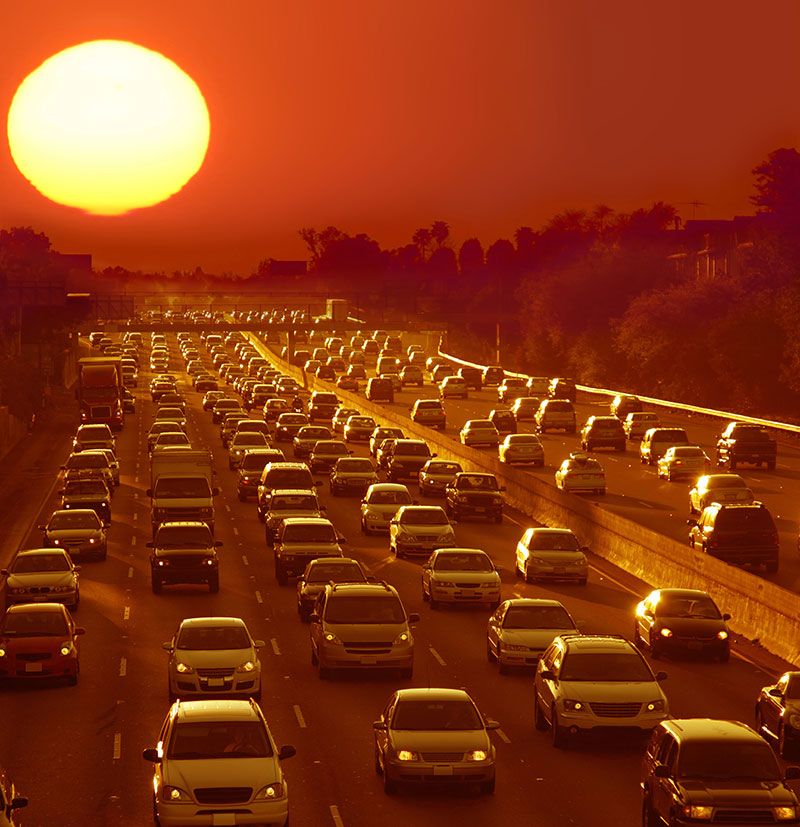 Climate Change is a vast topic and there is quite a learning curve, but understanding the basics of this crisis is a moral imperative. It will take all of us.

Let’s start with the unprecedented heatwaves in North America and the Eurasian continents. They are so extreme that they have moved beyond the boundaries set by history. Records are being shattered by several degrees. It’s unheard of. Why is this happening? Let me take you through it. A little science is required.

One of the major climate disruptions is in the global distribution of heat which in turn creates changes in the global wind patterns. The earth’s surface is heated by the sun. Most of the heat, however, lands in the tropical zone and then spreads to the rest of the world via the wind and ocean currents.

The poles receive very little heat from the sun in comparison. Excess energy gets to the poles through a series of convection cells (see figure below) that drive all of the winds on earth: the trades, the westerlies, the monsoons, and so forth. The reason we are seeing these heatwaves has to do with the fact that this entire atmospheric dynamic is being radically altered by human activity.

The intertropical convergence zone (see figure) is this place of rising air on earth. It is laden with thunderstorms. It is the first phase of the global heat transfer. This energy high in the atmosphere then flows away from the equator, just like the pasta in the pot, and eventually falls back down again.

Where you see the HIGH, about 30 degrees north and south of the equator is where the air descends. In these subtropics, the winds flow mostly downward creating calm surface conditions. We know of these places by the names given to them by sailors, the doldrums and the horse latitudes. Because the air is falling in this region, it gets pressurized, heated and dried out. This is where you find the biggest warm deserts on the planet. The pattern is interrupted by the occasional tropical storms that come up from the tropics or the rare cold fronts that come down from the temperate regions.

The difference from a pasta pot and the earth is the Coriolis effect. The earth’s spin helps deflect the air in non linear patterns. On the surface, between the tropics and subtropics, the trade winds are the lower part of this convection cell. The earth’s spin also allows thunderstorms to organize into tropical systems, hurricanes, typhoons and cyclones, which in turn move towards the poles taking all that solar energy with them.

In the temperate northern region, the winds move generally westerly. This region is a “war zone” between tropical and polar air. In fact, we call this struggle weather “fronts” because the term was coined during WWI and it reminded meteorologist of warfare. Cold air is denser and so there is a big difference in pressure from north to south in this region. That gradient creates the jet stream. The greater the pressure gradient the stronger the winds and currents.

A stream along a grade flows relatively straight, while in flat areas a stream will meander, forming ox bow curves. In the case of the winds the grade is not gravity but the pressure difference. This shifting pattern begins to explain why heatwaves have gotten so much more intense. The atmospheric greenhouse gases have thickened due to human activity, hence the earth releases less heat back into space. The balance between the heat absorbed by the sun and the heat released by the earth is altered, most especially near the poles.

As a side note, Antarctica has been protected by an endless ocean around it. That created a circumpolar shield of wind that did not allow for much heat to come down from the equator. It was only a matter of time before that southern shield was breached and now the south pole is currently warming dramatically with consequences to the ice sheets and sea level rise. By contrast, Canada and Siberia are like superhighways of heat transfer. The north pole started to warm decades earlier.

The bizarre warming of the polar region responsible for altering the global winds was apparent by the 1990s. The disruptions happening to the rest of the world now occurred in places like Alaska and Siberia a few decades ago. The world did not take heed. The warnings were ignored. They are still being ignored by a significant political cohort in our country. Florida passed a law in June that mandates that cities and towns must use fossil fuels, all while much of its coastlines are already experiencing the disruptions that continue to increase in severity.

There are many other examples of altered weather patterns leading to the unprecedented disasters now occurring across the globe. Another example related to the once in a thousand year flood in central Europe we saw last week is the growing intensity of thunderstorms due to a warming earth and altered wind patterns.

With the excess heat comes increases in both floods and droughts. Hot air can hold more moisture. To maintain the same humidity level the air has to add water to itself. If there is no source of atmospheric moisture, because of a heat dome, the air is drawn out of the earth at a faster rate. As a result we see more extreme drought events.

On the other hand, warmer air can draw up extra moisture from the surface resulting in more intense precipitation, and in addition the blocking stratosphere is higher up. As a result the storms are not just more water loaded, they are taller, thicker. Temperate regions are now experiencing tropical level thunderstorms.

How does this work? In the troposphere, the lower part of the atmosphere, the air cools as it moves further from the ground. The colder the air, the less moisture it can hold. Humidity rises. Once saturation is reached cloud droplets form. When water goes from gas to liquid it releases latent (hidden) energy. That makes the air rise even faster. It is a feedback effect that creates tall, thick columns of clouds.

Because the tropics are warmer the stratosphere sits higher allowing the thunderheads to get taller, thicker, and have more energy and water. Because of human activity, in addition to the excess moisture in the air, the atmosphere is expanding… the troposphere is thicker, the stratosphere higher. Like we saw in Germany, all of this is making storms all the more powerful.

The complex and contradictory ways the atmosphere is behaving is used as evidence by those who seek to halt climate action. These interests denied that global warming was real for decades. It is difficult to ignore the deaths and the damage we are now seeing around the world, hence the latest manifestations of denial are attempts to refute the links between the growing extreme weather and climate change. Knowing the mechanism dispels their bad-faith narratives.

Each of us must take the time to learn and make sense of what is happening. Those working to deny or confuse the climate crisis are relying on ignorance. It is on us to learn and then spread the word about what is really happening.