Blavatsky, the I Am, and The Summit Lighthouse
LOGIN
Monday, December 5, 2022
Top Posts
What’s Up With the Nazi “Black Sun” Rune Wheel?
Elizabeth Clare Prophet Claimed To Be ‘Clairvoyant’
The Eightfold Path of Denial of Death
Why I Left The Radical Secular Podcast
Miss R*EVOLutionaries: Panel Discussion
Money Is Not A “Shared Fiction”
Beliefs About God Won’t Make You Moral
This Is Not Fine!
Wealth Concentration Leads to Feudalism
Is Something Unclear About What’s Wrong With America?
SUBSCRIBE
Archive

Home Elizabeth Clare Prophet Blavatsky, the I Am, and The Summit Lighthouse 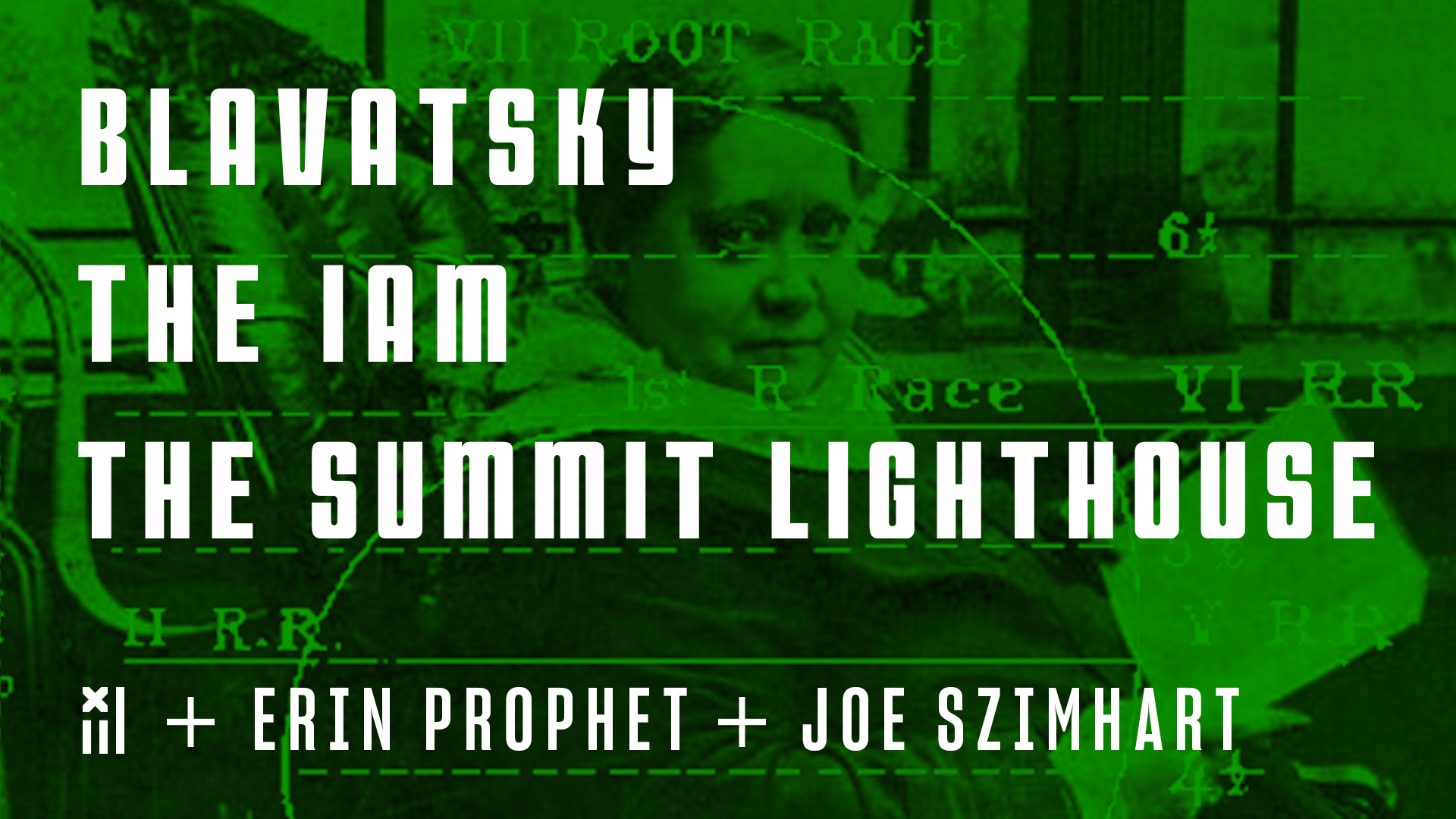 Erin Prophet is Visiting Assistant Professor in the Department of Religion at the University of Florida. She specializes in religion and medicine. She has a PhD in religion, with a specialization in Western esoteric traditions, from Rice University, Houston, Texas. She has a master’s degree in public health with an epidemiology concentration from Boston University.

Joe Szimhart is an artist, a cult information specialist, and a mental health professional who currently works for a psychiatric emergency hospital in Pennsylvania. He made his living as a cult interventionist from 1985 through 1998 after exploring and rejecting groups and teachings derivative of Theosophy and New Thought including Agni Yoga, the Mighty I AM, and The Summit Lighthouse, also known as Church Universal and Triumphant.

(45:41) Why do people who create “new religious movements” tend to end up re-creating the same problems as the institutional religions they are rejecting?

(51:48) Are there links between QAnon and the “new age” movement generally? Why do you think the new age went so far right? Discussion of the ideological origins and political leanings of the “western esoteric tradition.”

(01:08:58) The theocratic undertones of religion, independently of whether or not their doctrines are liberal or conservative. Purity, authority, transcendence. Tension between individual choice and submission to concepts of divinity. Ariosophy as a link to right wing esotericism.

(01:13:34) Christophe discusses growing up Black in The Summit Lighthouse.

(01:18:02) What were the teachings of Helena Petrovna Blavatsky on race? The concept of “root races” as distinct from ethnicity.

(01:36:08) The Summit Lighthouse recently hosted a guest speaker Dr. James Lindsay, who is a big proponent of anti-wokeism and opposition to social justice and Critical Race Theory. What does this say about the connection between the racist right and this organization?

The QAnon Deception: Everything You Need to Know about the World’s Most Dangerous Conspiracy Theory