So You Hate The Space Billionaires?
LOGIN
Monday, December 5, 2022
Top Posts
What’s Up With the Nazi “Black Sun” Rune Wheel?
Elizabeth Clare Prophet Claimed To Be ‘Clairvoyant’
The Eightfold Path of Denial of Death
Why I Left The Radical Secular Podcast
Miss R*EVOLutionaries: Panel Discussion
Money Is Not A “Shared Fiction”
Beliefs About God Won’t Make You Moral
This Is Not Fine!
Wealth Concentration Leads to Feudalism
Is Something Unclear About What’s Wrong With America?
SUBSCRIBE
Archive

Home Current Events So You Hate The Space Billionaires?

So You Hate The Space Billionaires? 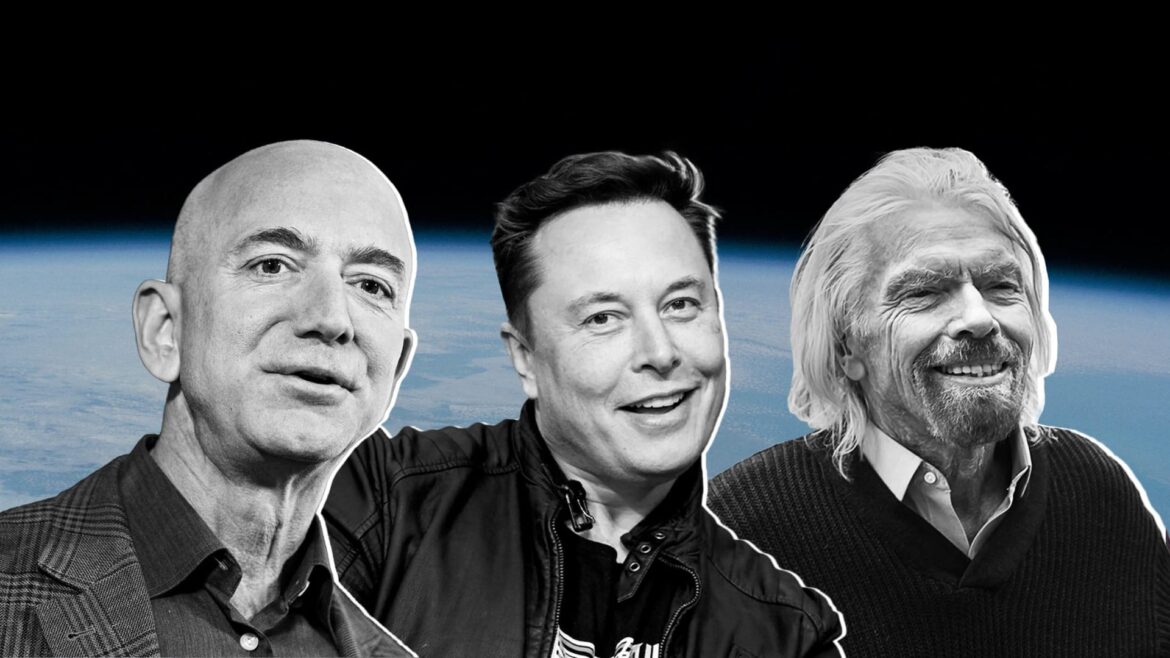 I finally put my finger on what’s wrong with all these memes criticizing space billionaires. You want them to be “nice.” You want them to voluntarily decide to end hunger or solve poverty instead of doing what they want.

That’s not how any of this works.

It’s a fundamental misunderstanding of the laws of power.

It’s a fundamental failure to understand the systems perspective.

And here’s something curious: The more people cooperate, the greater the incentive becomes for one person, or group of people, to gain advantage by defecting. Let me explain.

The Tragedy Of The Commons

We have to get down to Earth, with a well-known thought experiment, in order to understand what’s happening with the billionaire space race.

The original open-loop condition (no feedback) begins with a lush green field on public lands, and a bunch of shepherds who bring their sheep to the field to graze. The field is large, so initially all the shepherds can graze their sheep anytime they want to. More and more shepherds stumble upon this field, which is the best for miles around, and soon the field begins to show brown patches from overgrazing. The shepherds all get together and agree that they have to limit each shepherd’s grazing frequency, so the field has time to recover. They calculate the maximum amount of sustainable grazing, and agree to a schedule. They keep track of who’s using the field and how often, to keep it sustainable. Under their wise stewardship, the field quickly recovers, and anytime they see patchiness starting to appear again, they take turns spreading new seed into the brown areas, and they cut back their grazing. This is responsive feedback to changing conditions. They have adjusted the load on the system to no more than the capacity of the system. And they have apportioned responsibility to all stakeholders. They have formed a “shepherd government.”

It’s a basic example of accountable management of a commons. With feedback. A balanced, stable system.

Enter the libertarian spoilers, who spot a well-managed lush field as an opportunity, and seek to take advantage of it. They say brashly, “These people have no right to control this field and limit access–it’s on public lands.”

This is what you are asking for, when you base your standard of morality on asking people to voluntarily cooperate and “do the right thing,” without punishing those who defect.

Hobbes Was Right All Along

The answer to defeating the libertarians, would have been for the shepherd “government” to contribute toward a fund to hire soldiers to drive off the predatory libertarian shepherds. This in turn would likely have led to an arms race, in which the libertarians hired their own mercenaries to ensure their continued access to the field. Unless the protecting “government” had a monopoly on the use of force, and could beat all comers, the strongest “libertarian” army would have always taken the field, and it would have always ended in degradation of the commons.

And this, folks, is all you need to know about political philosophy. Really. Every single principle of good governance of the commons can be derived from this single story. Thomas Hobbes recognized this centuries ago.

If you rely on people “doing the right thing” without the threat of force, you are asking for a non-system of chaotic anarchy / feudalism.

If and only if, a government accountable to the people is granted a monopoly on the use of force, does good management have a chance to prevail. Part of protecting an accountable government is funding it properly, so that it becomes vastly superior to any and all individuals or groups under its domain. A good government can’t let any of its citizens or coalitions become too powerful. Or they’ll run amok 100% of the time, and destroy everything of value.

So kwitcherbitchin about the space billionaires, unless you’re willing to vote to massively raise their taxes, and bring them under appropriate regulatory control. Even if you are willing to vote that way, if you complain about them not “doing the right thing,” you’re missing the point. Billionaires didn’t get to be billionaires by putting other people first, obviously. So it beggars belief that you would say anything like “If I were Jeff Bezos, I’d just start solving all the world’s problems!”

Hey, dummy, that’s precisely why you’re not a billionaire!

Jeff Bezos decided to solve one problem: Product logistics. He did a really good job of it, too. And for that work he should be rewarded. Just not with $200 billion. Maybe he could get by with $1 billion? $5 billion? $10 billion? The government should have confiscated the rest. Oh, you say, “that’s not all liquid wealth, blah, blah, blah.” Well, tax it whenever he liquidates it, then, and tax his company profits at appropriate rates.

And close the damn loopholes!

We need to do whatever it takes to rein in those who abuse their wild successes, by failing to sufficiently give back to society. If we don’t enforce checks and balances, then we don’t get to whine when billionaires do what they do. We literally asked for them to do it, every time we cut their taxes.

I can’t believe there’s anyone who doesn’t get this. (But I guess I can. Because most of us are creatures of our fantasies about human nature, and too many of us irrationally hate government.)

Money Is Not A “Shared Fiction”