Stop Telling People What To Do!
LOGIN
Sunday, November 27, 2022
Top Posts
What’s Up With the Nazi “Black Sun” Rune Wheel?
The Eightfold Path of Denial of Death
Elizabeth Clare Prophet Claimed To Be ‘Clairvoyant’
Why I Left The Radical Secular Podcast
Miss R*EVOLutionaries: Panel Discussion
Money Is Not A “Shared Fiction”
Beliefs About God Won’t Make You Moral
This Is Not Fine!
Wealth Concentration Leads to Feudalism
Is Something Unclear About What’s Wrong With America?
SUBSCRIBE
Archive

Home Critical Thought Stop Telling People What To Do!

Stop Telling People What To Do!

Authoritarianism is a sneaky beast 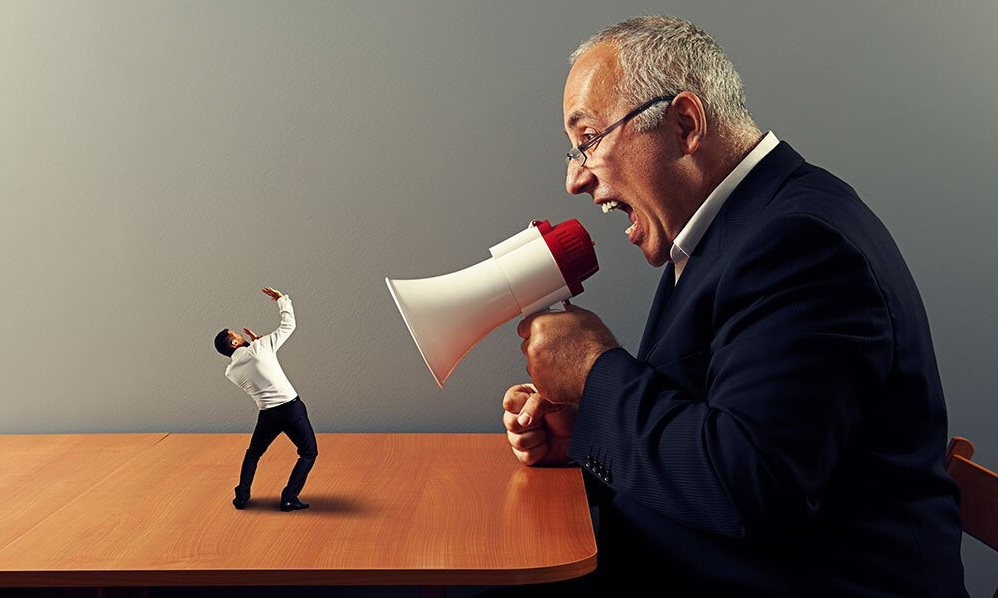 T he drive to control others is depressingly common in humans. Especially among those who currently have an historic level of human rights protections. It seems that true freedom is really tough for a lot of people to handle. An awful lot of people don’t understand the concept at all.

It’s the reason for my intentionally ironic title. The Paradox of Tolerance states that in order to maintain a tolerant society, we have to be extremely intolerant of intolerant views. In other words, we have to strongly tell people to stop telling people what to do! Anyone who can’t handle this paradox, probably doesn’t understand what it takes to maintain a free society with strong human rights protections. Hint: it’s a lot more difficult than just peaceful coexistence.

Take an example of what should be an obvious freedom for parents, the right to name their child whatever they want. Seems obvious that no one else should weigh in on that decision, right? Well it turns out that in Iceland, all baby names have to be run by committee. And there’s a TED article on the subject. Which underscores the rule, never read the comments section. Of course in the age of social media, life has turned into one big comments section, with neighbors and strangers alike constantly weighing in on matters that don’t concern them. And it also turns out that hearing what your fellow citizens have been thinking is a horror show, as we all are painfully aware by now.

For an excellent example of how this has become an industry, check out George Takei’s Percolately, a website dedicated to stupid family conflicts, and deciding whether a person “is the asshole,” or “not the asshole.” Who knew that Dear Abby would eventually be crowdsourced? Sometimes, the crowd is the asshole, supporting behavior based on notions of tradition or what’s “proper” and coming down on the side of puritanical controllers. Because this impulse is rooted more deeply in our evolutionary psychology than most of us would like to admit.

But back to the subject at hand, an absurdly high number of commenters think that, in fact, parents should not be able to name their kids whatever they want. Two arguments dominate this conversation. Which is, in the scheme of things, a trivial issue. But the arguments this issue dredges up are used to perpetuate oppression in a staggering number of other areas. So pay attention.

Because we’ve always done it that way

Argument one: Tradition. Because we’ve always done it that way. One of the worst logical fallacies, of course. A hateful number of people argue with a straight face that the bony hand of the past, that peer pressure from dead people, should dominate our decisions in the present. Tradition enables religious indoctrination, racism, genital mutilation, sexism, homophobia, transphobia, and a strong and destructive bias against new lifesaving and labor saving technology. Among other horrors.

I read an absurd article the other day by Les Standiford, which said that if we didn’t mourn the passing of the Ringling Bros. Barnum and Bailey Circus, that we had an “ahistorical” view of America. You could hear the deafening harrumphing of old white men, all the way to the endangered elephant preserve. So add animal rights to the long list of progress being blocked by traditionalist views. Fuck all that noise.

Your dreaded sense of personal aesthetics

Argument two: Personal aesthetics. Freedom means I tolerate your perversity, and you tolerate mine. Period. I don’t have to like your hairstyle or your lifestyle, and you don’t have to like mine. But neither of us has the right to impose our will on the other. I thought that was understood. “We hold these truths to be self-evident…” Apparently not. If you don’t cull your friends list, you’ll see a depressing number of posts dragging people’s appearance. (I block for this). Apparently it’s still considered acceptable by many Americans to criticize people’s freedom of personal expression, when something is considered to be in “bad taste.”

What is “bad taste,” and who decides?

And wonder of wonders, most of the criticism gets directed at already marginalized groups–mostly women of color. The sl*t-shaming, the fat shaming, the wardrobe shaming, is atrocious. I submit to you that it’s the exact same impulse as the one behind the desire to control baby names. Here are some examples of actual baby names that I would certainly not choose: “Abcde, Airwrecka, Baby boy, Brick, Dorcas, Drug, Fellony, Gassy, God’s Masterpiece, Hashtag, Icestain, Latrina, Misery, Netflix, Rolexus, Sativa, Toadie, Uncle Sam, Velveeta, or Number 16 Bus Shelter.” These names are perverse. No question about it. And I can’t exempt the eccentric Elon Musk and Grimes from ridicule for naming their baby, X Æ A-12. Weird. But the point is, it doesn’t matter what I think. Freedom means tolerating differences, so long as no one gets hurt. Now I might argue that naming a kid something perverse is an act of cruelty.

But who decides? The minute you decide what baby name constitutes cruelty for someone else, is the same minute someone gets to tell you what to name your baby.

And that’s the point. People don’t connect the goddamn dots, that when they try to control others, they are making it easier for themselves to eventually be controlled. So recognize that when you use your personal aesthetic to decide what other people should do, no matter how small the matter might be over which you’re trying to exert control, that’s tyranny. And Americans are depressingly comfortable with tyranny. Free country my ass. Look no further than your neighborhood homeowner’s association. When you buy a home under an HOA, you give up the right to decide what color to paint your home, how you can remodel it, what kind of trees and plants you can have, and even your right to fly a flag or put up a yard sign. And this is fully legal. As libertarians repeat drearily on a wide range of subjects, “If you don’t like it, go somewhere else.” Well what if there isn’t anywhere else? What if this kind of oppression takes over the country? What if all the homes you want, or can afford, come with these onerous contracts? This is the point of laws and public policy, and it’s a point so-called “libertarians” repeatedly miss. Laws and norms on the one hand bind people to a social contract, and on the other hand, they protect people from others who would use their power to violate people’s personal freedoms. It all cuts both ways.

There are many other examples besides HOAs. School dress codes, tattoo bans, photoretouching school pictures to remove cleavage, or even bare shoulders! Most of these kinds of—let’s call them what they are—atrocities, blur the line between norms and laws. Or they use the power of private business to skirt civil rights laws.

Folks, when you impose your personal aesthetic on other people through either norms, rules, or laws, you’ve lost the plot. What “offends” you is just petulance. And it’s wildly destructive. Even deadly.

Put your own house in order

Mind your own business. Don’t be a Karen, or a gadfly, or a person who would tell the kids to “get off your lawn.” This is a much larger issue than it seems. Personal disgust is the single human impulse that has led to the longest and broadest suffering. It’s the impulse behind homophobia, transphobia, racism, sexism and broad oppression on a global basis. Pogroms and death camps throughout history have grown from that grain of disgust. And it’s a bitter, deadly harvest.

You’re disgusted. So what? Are the things that disgust you hurting anyone? More than the actual harm caused from what would result from codifying that disgust into rules and regulations and laws?

Chances are if you want to tell parents what to name their child, you’re also a bigot and an oppressor in other areas of your life. You’ve also got undemocratic impulses, probably think the 2020 election was stolen, and you’re likely to be fanatically religious. You don’t believe in democracy, and you probably only want “certain people” to vote.

If you’ve ever objected to something on the grounds of your own personal “disgust,” consider learning to root out authoritarianism from your life, across the board. If something makes you uncomfortable, view it as an opportunity for personal growth. Every time you tolerate a harmless person, or harmless behavior you don’t like, you become a better person, and the world gets a bit more civilized.

The Vile Pseudoscience of Charles Murray