We Hate Your Kind
LOGIN
Sunday, November 27, 2022
Top Posts
What’s Up With the Nazi “Black Sun” Rune Wheel?
The Eightfold Path of Denial of Death
Elizabeth Clare Prophet Claimed To Be ‘Clairvoyant’
Why I Left The Radical Secular Podcast
Miss R*EVOLutionaries: Panel Discussion
Money Is Not A “Shared Fiction”
Beliefs About God Won’t Make You Moral
This Is Not Fine!
Wealth Concentration Leads to Feudalism
Is Something Unclear About What’s Wrong With America?
SUBSCRIBE
Archive

Home Bigotry And Racism We Hate Your Kind

We Hate Your Kind

"Get used to it, little girl." 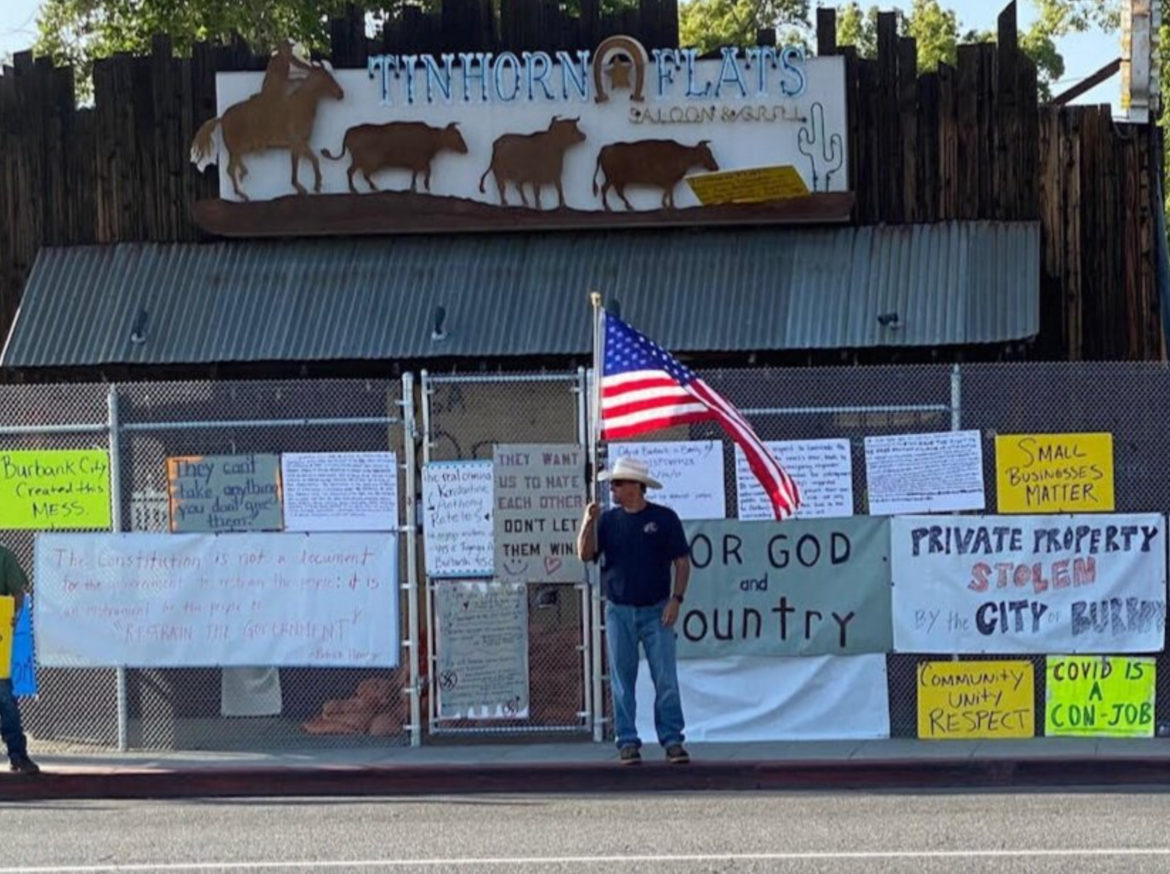 “We hate your kind”

I got this in response to a comment on social media not long ago:

Let’s rewind a little. There’s an ongoing debacle concerning a local business with numerous outstanding health violations and refusing to follow local, county and state ordinances. That was before the start of the pandemic. Fast forward a little and when the CA safer-at-home orders were imposed, then suspension of all in person dining (even indoors), they refused to follow suit. Their immediate reaction started with claims of “illegal” government overreach and have accelerated into Right Wing Nut Job territory, including DT worship, and blatant examples of Planned Victimhood.

The vast majority of neighbors and local citizens spent the better part of a year complaining. The city acted. The owner turned up his rhetoric a notch. The county acted. He turned it up a few more, and got support of the local Proud Boys and D-list conservative celebs. This went back and forth, resulting in their permits being revoked and licenses suspended by the city and county, their building locked and fenced closed, and conservatrash, supremacist, insurrectionist asshats holding protests out front every couple weeks.

As I understand it, the owner has a long history of buying local businesses and running them into the ground. This is the first time he’s turned one of his failing businesses into a political grift, manufacturing victimhood into a Go Fund Me to cover his legal costs, all while holding court from his hideout in Thailand while his son gets arrested over and over as a willing pawn in his dad’s grift.

Now, after my numerous comments about their self-imposed problems, planned victimhood, adoption of right wing extremist stances and making threats of violence on social media toward detractors, some Jenius decided that would be his most serious response.

I wrote back a little quip, culminating with, “you just described your entire ideology in four words. Bravo.”

In that moment those four words in that context explained the “patriot” movement. Full. Stop. My inadvertent analysis and summary landed on the core worldview of modern conservatism.

“We hate” is the very foundation by which anyone falling to the left of hard-right politics is confronted. By ‘falling to the left of,’ I mean even moderate-conservatives, or those we might consider “traditional” conservatives on the wider political spectrum. Sure, they, too, may be driven by bigotry, creedism and classism, but not usually with the puritanical hate of the far right. “We hate” is the American militia movement. Christian fundamentalism. White supremacy. Patriarchy. Any number of small-time hard-right semi-organizations. I won’t advertise any specific groups. Every single one of these are directed ideologies who are arbitrarily self-proclaiming superiority over those they hate.

“Your kind.” Read it again, slower. Your. Kind. Your kind. It means, to a T, “anyone but us.” If you don’t get in line and follow our subjugated ruleset, stop questioning our hypocrisy, our hate-driven hierarchical ruleset, you are an outsider. You’re not to be listened to, respected, or trusted. You would be shot if they could get away with it – if they didn’t fear their own fascist leaders so much. You’re not their kind, you’re an outsider. A stranger. An “other.” Deflection and projection at its finest. You are the problem, you and people like you. Not us, you.

“We hate your kind.” Cloaked in an American flag, shouting pledges of patriotism and duty to Christian deity and country – never a non-Christian deity – often with a bible in hand (or at least nearby) with nary a crease in its binding, and usually a firearm, demanding freedom from perceived tyranny while looking to impose actual tyranny in the same breath.

Look at the January 6th 2021 insurrection in the capital of the United States. Prayer. Recitation of Christian verse. Individuals. Prayer circles. Men kneeling in piety at the steps of the capital buildings and in the chambers and halls. Shouting scripture at police, mixed with calls to overthrow the government. Never mind the direct violations of their religious text (specifically Matthew 6:5, amongst many others). Christianity, its unconditional love, on full display.

“We’re patriots,” they tell us. The self-identified supremacy again, this time patriotism over those who have been fingered as not-patriot-others. Not-patriots who are anti-patriotism, who don’t fall in line with the right wing authoritarians. “We believe in freedom,” they say, protecting our rights through “demonstration” of the Second Amendment – waving guns with the intent to intimidate. Advertising how many guns they have as a support to their arguments since they have no others.

One of those arguments? Disbelief that their ideology was outvoted. Their fearless leader, on the links as he may be, could not have lost the election. The election was stolen. Votes were miscast, miscounted, lost, illegal, tampered with – everything but the actual result. They don’t see it as The Big Lie, they see it as Stop the Steal – refusal to understand what happened and accept the results. Their own newly elected leaders, in the same breath, called the election compromised, even as they accepted the same votes on the same ballots that seated them. Those circles on the ballot were correctly filled, just not the ones intended for Democrats or Independents.

The disingenuous slogans are endless, each more leading, and misleading, than the last. Every one of them is steeped in personal fear (which I’ve written an essay about before) but stated as if they include everyone – the only inclusiveness their ideology allows. They’re no longer the usual fearmongering slogans, they are supporting variations of the Big Lie and are intended to pull their base into another grab at power. They cast dispersion on the system. They forward the discriminatory ideals of voter suppression, specifically aimed at minorities, people of color, the non-white poor, and groups more likely to vote as Democrats. They twist how government works, trying to cripple it only to turn around and shout about how big, bad government operates.

If You Can’t Win, Cheat

Go ask why states like Georgia use the ES&S voting systems they do. Look up their track record, who owns them, and in what states they’ve gone back to paper ballots. You’ll learn they can’t be audited. That election fraud Republicans project about? Guess who is behind using those voting machines to maintain offices that polling regularly suggests they’ll lose? Guess what happens when the Republican candidate receives more votes than the county reports, but the system can’t be audited?

This is the foundation of a worldview that cannot regularly win fair, democratic elections without gerrymandering, tampering, suppression, and dark money at all levels of government. Their hate for others, anyone who speaks against them, drives their quest for fascist takeover. Goebbels and his methodical propaganda would be so proud.

We pity your kind. We shouldn’t.

I am Tim Scott