The Politics of Reflection
LOGIN
Thursday, February 2, 2023
Top Posts
Elizabeth Clare Prophet Claimed To Be ‘Clairvoyant’
What’s Up With the Nazi “Black Sun” Rune Wheel?
The Eightfold Path of Denial of Death
Miss R*EVOLutionaries: Panel Discussion
Why I Left The Radical Secular Podcast
Money Is Not A “Shared Fiction”
Beliefs About God Won’t Make You Moral
This Is Not Fine!
The Most Consequential Social Difference Between American Christians And Atheists
Is Something Unclear About What’s Wrong With America?
SUBSCRIBE
Archive

Home Bigotry And Racism The Politics of Reflection

The Politics of Reflection

The murder of George Floyd is a potential moment of self-reflection...and confrontation 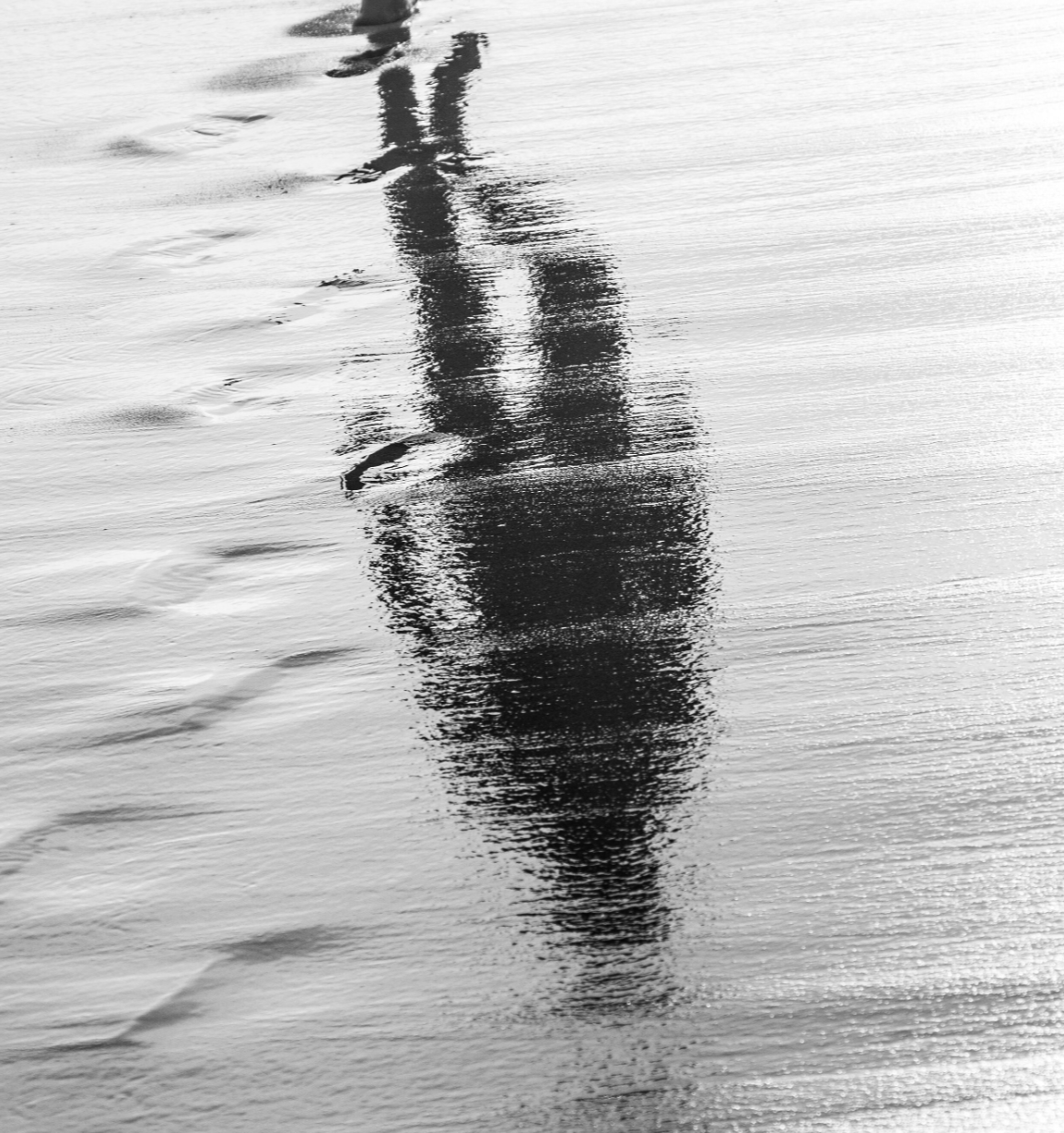 M y family immigrated to the US when I was eight years old. We settled in an almost exclusively white middle-class suburb, with very few immigrants, on the North Shore of Boston. The city I lived in was comfortably affluent, except for where we resided, a neighborhood build in the early part of the 20th century for workers of the United Shoes Company. As the factory that once employed thousands began to shut down, the tenements blighted, becoming the home of poor white families on welfare.

As an immigrant kid, with Sicilian skin darkened by the sun, I was an outsider, exotic, a curiosity in that neighborhood and for that I was mistreated. My status as a visible minority was, however, short-lived. If I had come to America a century earlier, I would not have been part of the white club. Sicilians were among the last invited. But I am white. That is what late 20th century America decided for me. Tell me again how race isn’t a social construction.

I remember the fear of those childhood days, the fear of walking home from school and having to face the ridicule and physical abuse directed at me because of my identity. I remember being the one punished by my teacher and not the kid who picked the fight. I knew even then she chose to blame me, the outsider. Now as a white man I know what it is like not to be burdened by the weight of bigotry. Not being targeted for my identity on an everyday basis is a status I am awarded by this American culture.

As I got older, that youthful experience of being an outsider faded along with my skin. Hence, while I live in a society where there are two million citizens in prison and over a thousand people killed by the police each year, I am not directly affected. I do not need to fear my son getting pulled over for a traffic violation and ending up dead or imprisoned as do black parents.

Hey! You don’t like it when I call out White Privilege, do you?

Many white people don’t like the word privileged applying to them. It provokes angers and defensiveness. They will deny this privilege. Their lives are not easy. They suffer too. Take this benefit away, however, and then it becomes clear what it means. Perhaps, one can accept what it means by taking the time to do some honest self-reflection. Empathy is an intrinsic part of our social nature. So is the ability to reason.

The guilty verdict for the murderer of George Floyd is such a potential moment for all conscientious people. For whites is a chance to gain an understanding of one’s privilege and accepting the harsh realities of experienced racism are real. It is acknowledging the necessity for the Black Lives Matter movement and the need to confront this Make America Great, white-lash.

There have been more than a few opportunities for moments of reflection over the last five years. As I witnessed the attack on the Capitol on January 6th, by an overwhelmingly white mob, it brought me back to my old tenement neighborhood. Angry, mostly dispossessed white individuals, stormed the Capitol building like the bullies of my youth… Likewise, this act was an impulse of violence fueled by the visceral pleasure of lashing out at those immigrants, brown people and their politicians who “stole the election,” who are “stealing our country,” and “ruining Western civilization.”

The Animus of Punching Down

Towards the end of my fifth-grade school year, my teacher asked the class if anyone wanted the map that hung on the classroom wall, and with bright eyes and hope I raised my hand. I love maps, seriously, I became a geographer as an adult. I was overjoyed at this gift. As I walked home with a four-by-four plastic and carboard map of the United States, of my new country, some of my classmates met me along the way.

All my hopes vanished. My 10-year-old self I knew exactly what was going to happen. Why should this outsider, this stranger, have this map? These boys cared nothing for it, but they wanted me not to have it. This little gang of poor, white kids took the map from me, gleefully destroyed it in front of my eyes, and pissed on the scraps they had thrown in the gutter.

As I watched those men force their way violently into the seat of our democracy, what I saw was the faces of those cruel children. I saw the same the animus of punching down, hurting those with less power who dare to ask for fairness, or like George Floyd, simply existence. I saw the same faces who proclaim, “why should people of color have any special considerations? How dare they say they matter? Who do they think they are always taking from us!”

The cruelty and bigotry I experienced as a boy was certainly not from the whole community. I made many good friends and was treated kindly by many others. A fair number of people in that white community celebrated the fact I was an immigrant. But still, the abuse happened, day after day. A cruel gang of my peers was free to do as they wished nonetheless.

No one stopped them, Most weren’t even aware of it, and those who were denied to themselves it mattered. I remember one of my teachers evade her eyes. Better to pretend it’s something else, something innocuous, boys being boys. That dance between acceptance and denial is America in a nutshell. Racism keeps going because of it.

The attack on the Capitol was an impulse no less primal than by those school yard bullies. The Trump impulse takes aim at society’s marginal people who want a little room to move up in life, make things better for themselves. The liberal, the immigrants, people of color are thieves to those who stormed the capitol. They don’t deserve any considerations for the centuries of historic oppression, none for their poverty and lack of opportunities, none for the acts of the every day violence aimed at them, even by those who have sworn to serve and protect.

Denial is a dish best confronted

The actions at the Capitol did not come out of thin air, but rather through a host of race-based, sex-based, and religious-based entitlements and beliefs that circulate among the right. This white mob was enraged by their belief that the election was stolen by the people they fear and hate, those black and brown city dwellers and liberals who support their causes. Look at the score of new voter suppression laws in red states aimed directly at urban communities of color.

What has been the response by the republican party? When George Floyd was murdered, Trump and his supporters used the incident to decry “left wing extremism” and create more fear. Now republicans are at it again, rather than joining the democrats in passing police reform, they rally for a censure motion in the US House of Representatives, accusing California Democratic Rep. Maxine Waters of inciting violence for urging protesters to confront the injustice of police brutality.

I got my ass kicked once, by the biggest of my tormentors. My fifth-grade self stood up to him in front of the class, and I found myself curled on the floor unable to breathe as he pounded on me. I came out of that beating with renewed determination, I was liberated from my own fears. Those kids saw me differently afterwards. He and his followers soon stopped bullying me. What did I learned about confrontation?

Confrontation of a bully (or a racist) is an internal act of liberation. It is a way to stand against oppression. How much more so against an unbroken line of brutality and murder reaching back to slavery.

We need to work towards a civil society with conscientious and empowered citizens who act on their ethics. Call it what you will. That is what we need.

We need knowledge gatekeepers that put a check on racist behavior. To return to stability and sanity will mean de-platforming spreaders of destructive conspiracies that posit black and brown people as the enemies. We need to hold our institutions accountable to the law of the land, which includes full political rights for all… the right to life, the right to vote, and the moral right to be treated and judged fairly and humanely. That’s is how we confront racism.

The GOP has circled the wagons around a racist ideology based on an ongoing set of conspiratorial delusions… QANON, “the great replacement,” and “Stop the Steal” are the most recent manifestations. This the reality we face. We must not be fooled by the protestations of “tyranny, incivility or cancel culture.” The freedom to abuse and oppress others is the tyranny. Holding people accountable for destructive behavior is a foundational part of all civilization. A good civilization confronts bigotry and does so through the principle of least harm, but it still does so.

Ending racism is a civic and moral responsibility.

State of the Union: with Jonathan Zucker