This isn’t the “George Floyd Trial”
LOGIN
Sunday, December 4, 2022
Top Posts
What’s Up With the Nazi “Black Sun” Rune Wheel?
Elizabeth Clare Prophet Claimed To Be ‘Clairvoyant’
The Eightfold Path of Denial of Death
Why I Left The Radical Secular Podcast
Miss R*EVOLutionaries: Panel Discussion
Money Is Not A “Shared Fiction”
Beliefs About God Won’t Make You Moral
This Is Not Fine!
Wealth Concentration Leads to Feudalism
Is Something Unclear About What’s Wrong With America?
SUBSCRIBE
Archive

Home Bigotry And Racism This isn’t the “George Floyd Trial”

This isn’t the “George Floyd Trial”

Derek Chauvin is on trial 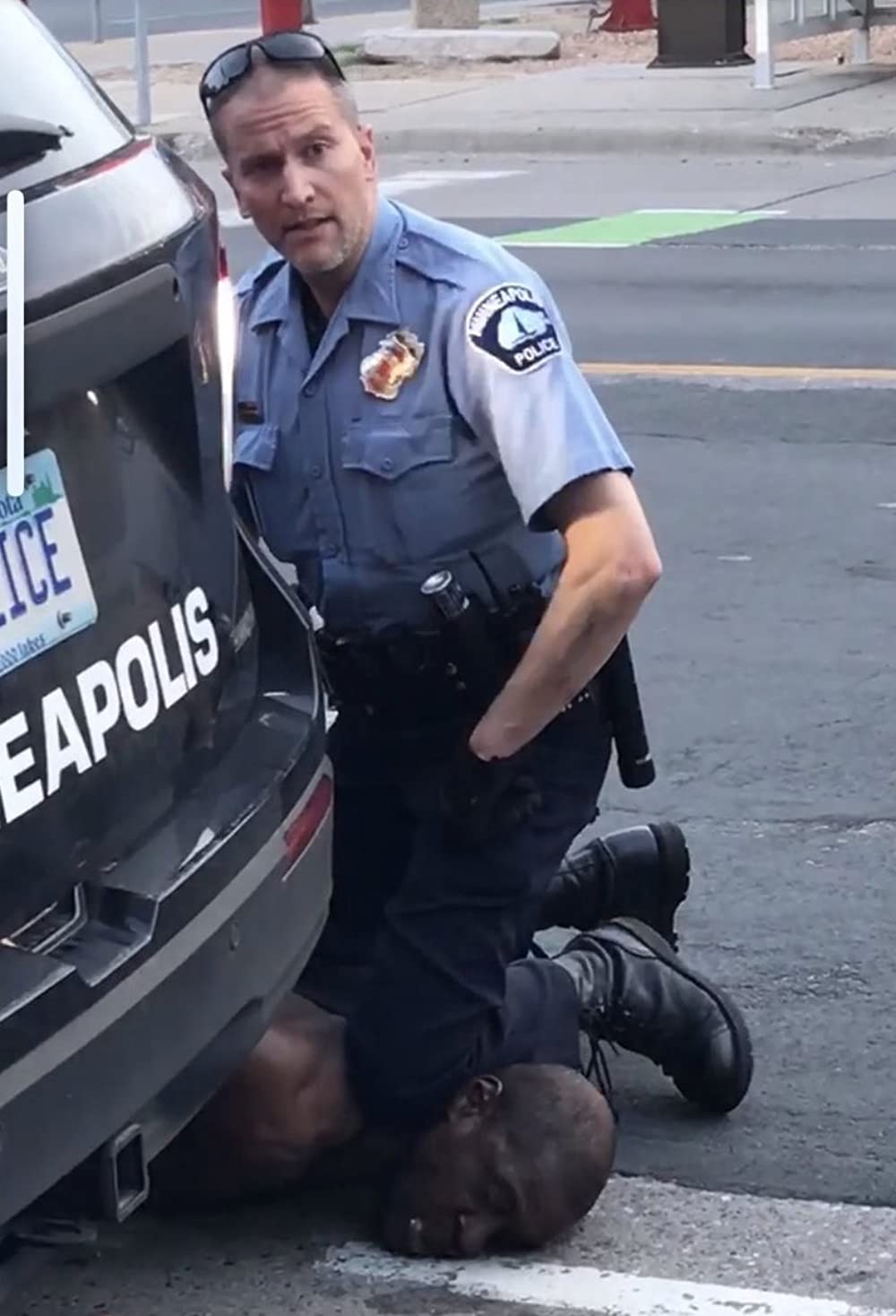 D erek Chauvin is on trial.

Everyone saw him snuff out a man’s life in broad daylight.

Bystanders tried to stop him.

George Floyd was in obvious distress.

He said he couldn’t breathe.

He called out for his mother–a grown man of 46.

He knew he was dying.

It doesn’t matter if he was sick.

It doesn’t matter if he was intoxicated.

This should also settle the question of guilt.

But our system of jury trials is broken.

The defense is going to raise every possible doubt.

They’re going to try to put George Floyd on trial.

They’re going to twist the facts.

They’re going to spend a month gaslighting the public.

And all it takes is one juror to block justice.

All it takes is one person to refuse to see what they saw.

It’s tough enough to get two people to agree on anything.

Even when that thing is obvious.

That a shorter line, is longer than a longer line.

Which is like arguing that the sky is red on a clear day.

Yet this happens regularly in jury trials.

The power goes to their heads.

It’s too big of a temptation, when anyone can acquit.

To be the person who stands in the way.

I hope this isn’t the case, this time.

I hope 12 people can find the unity to be the conscience of a nation.

But the odds are always stacked.

Against a unanimous verdict.

And juries are handpicked, to prejudice the outcome.

Each side gets to throw out jurors it doesn’t like.

Because jury selection is often the determining factor.

In conviction or acquittal.

It’s a leftover from a time when eyewitness testimony.

It’s a leftover from a time when all-white juries.

“A jury of one’s peers” is good in theory.

But not when one third of the population is white supremacist.

All it will take is one white nationalist on that jury,

And Derek Chauvin will walk.

To ply the talk-show circuit.

To get a movie deal.

To host a show on Fox.

Or start a tactical training company.

Or speak at religious right-wing colleges.

About what a victim he has been.

Because the right is always looking for its latest martyr.

It’s always trying to claim that those who support genocide…

Are heroes in disguise.

And cops can do no wrong.

But if those jurors don’t do their jobs.

There will be hell to pay.

This isn’t just about justice for George Floyd.

It’s about our entire justice system.

It’s about accountability for cops.

Those jurors hold the lives of dozens or hundreds of suspects.

Directly in their hands.

Because America needs to see a cop go down for murder.

Other cops need to see it.

Black Americans need to see it.

It’s a matter of honor and decency and respect.

It’s a matter of values.

That’s what this means.

That when a black man is murdered in broad daylight.

That the killer is held accountable.

Because if that killer Derek Chauvin walks free, we’ll know.

And that is unacceptable.

A national shame, that we can’t live with.

A national shame that we won’t live with.

A national shame that will result in further violence and unrest.

This shouldn’t be a question.

We shouldn’t have to wait on pins and needles.

There has to be a better way.

Of liberty and justice for all.

So You’re Appalled. What Now?