Black Atheist: Minority Within A Minority with Drey Aaron
LOGIN
Monday, December 5, 2022
Top Posts
What’s Up With the Nazi “Black Sun” Rune Wheel?
Elizabeth Clare Prophet Claimed To Be ‘Clairvoyant’
The Eightfold Path of Denial of Death
Why I Left The Radical Secular Podcast
Miss R*EVOLutionaries: Panel Discussion
Money Is Not A “Shared Fiction”
Beliefs About God Won’t Make You Moral
This Is Not Fine!
Wealth Concentration Leads to Feudalism
Is Something Unclear About What’s Wrong With America?
SUBSCRIBE
Archive 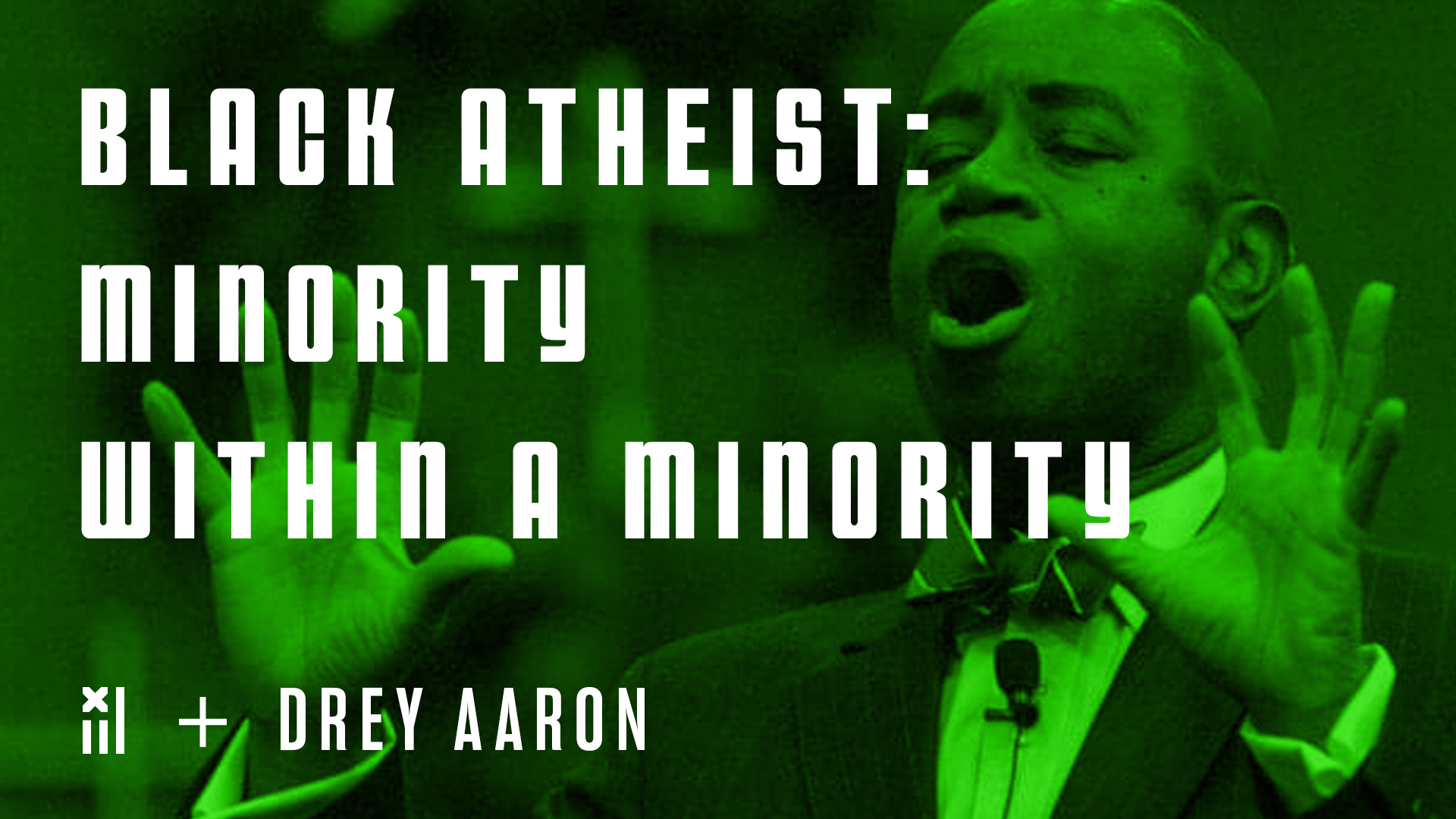 (07:56) Boulder Mass Shooting: The Radical Secular pays its respects to the victims of the latest mass shooting in Colorado. Christophe and Sean connect the scourge of gun violence in The United States with the GOP’s lust for power and America’s long history of White supremacy.

(17:11) Jim Crow in Georgia: Christophe and Sean react to the blatant contempt for democracy expressed in Georgia’s newest voter suppression law, and they speculate as to whether it will move the needle in discussions about reforming the United States Senate’s filibuster rules.

(30:41) The Black Church: Drey Aaron joins Christophe and Sean to discuss atheism and religiosity in the African American community. Drey, Christophe, and Sean share their journeys from the religious environments of their youth and into the atheist worldview. They also discuss the outsized role the institution of the “Black Church” has played historically in the Black community, for good and for ill.

(01:16:57) Black Atheism: Among Americans who identify as atheist, 81% are white, while only 3% are Black. Drey, Christophe, and Sean speculate as to why that is. They discuss the tremendous social challenges that Black skeptics face in extricating themselves from the Church. They also address the growing problem of White racism within the atheist movement, and the extent to which bigotry, paired with a lack of community, tends to dissuade Black folks from joining the atheist movement.

Georgia Has Enacted Sweeping Changes to Its Voting Law. Here’s Why Voting Rights Advocates Are Worried.

What to Know About the Colorado Grocery Store Shooting.

Contradiction: A Question of Faith – A film by Jeremiah Camara

This isn’t the “George Floyd Trial”