Tucker Carlson: The Douchebag’s Razor
LOGIN
Sunday, December 4, 2022
Top Posts
What’s Up With the Nazi “Black Sun” Rune Wheel?
Elizabeth Clare Prophet Claimed To Be ‘Clairvoyant’
The Eightfold Path of Denial of Death
Why I Left The Radical Secular Podcast
Miss R*EVOLutionaries: Panel Discussion
Money Is Not A “Shared Fiction”
Beliefs About God Won’t Make You Moral
This Is Not Fine!
Wealth Concentration Leads to Feudalism
Is Something Unclear About What’s Wrong With America?
SUBSCRIBE
Archive 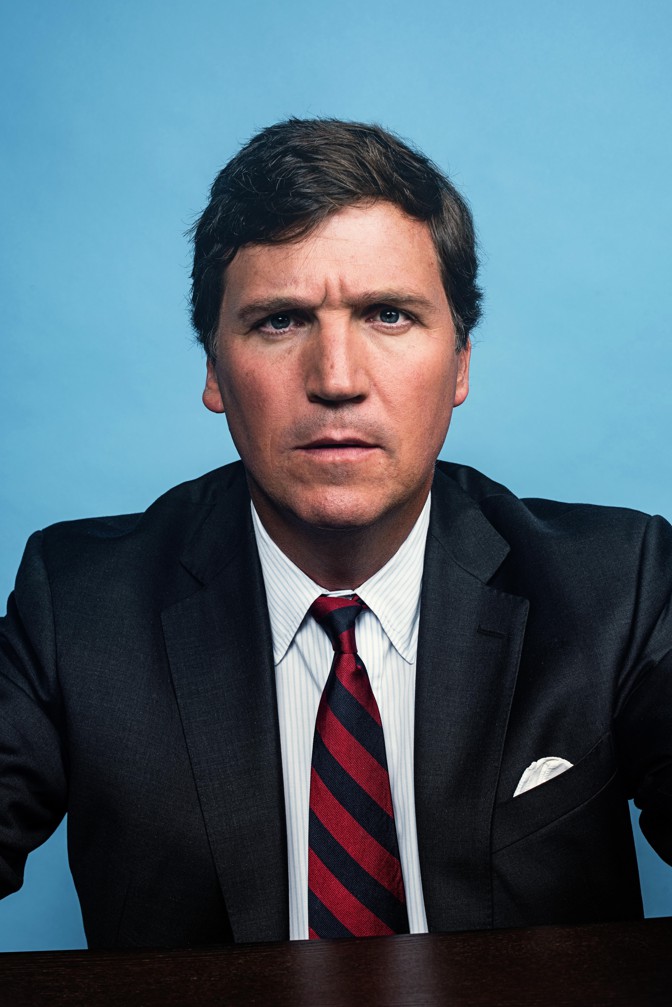 E very single morsel of manufactured “red meat” outrage from right wing media follows the same predictable pattern. And it can originate one of two ways.

Type B – The progressive way: Prominent company or public official makes a progressive, prosocial decision in favor of justice and flatter hierarchies, or a prominent wrongdoer is indicted. Regressive people holler that their freedoms and traditions are being trampled, or that the prosecution of a crime is a “witch-hunt.”

Whatever decision is being made, society can improve, because regressive behavior can become less acceptable. Or society can get worse, because regressive behavior has become more acceptable through the blurred-lines of a controversy. You’ve watched this happen over and over again. In either case, the public is being asked to weigh in on an ethical question, with two possible outcomes.

In an earlier time, say from the passage of The Civil Rights Act to the late 1990s, that judgment was more or less uniform. We seemed to be on a trajectory toward greater justice, more consistent ethics, government transparency, and improved accountability. When scandals broke, from Watergate to Love Canal, to the Savings and Loan debacle, accountability and punishments were swift, and policy changes soon followed.

Then something changed. Can you guess what it was?

It was actually many things at once: The rise of right wing talk radio, the rise of Fox News, the disintermediating influence of an open internet, combined with a rightward lurch of the Republican Party toward more strict party discipline and scorched-earth tactics. These are all matters of record, and it’s not my intent to rehash them here. But they were the result of specific deregulatory policies that began under the Reagan Administration, such as repealing the Fairness Doctrine, that dovetailed with technological changes, and the shifting of political winds toward institutional conservatism, particularly at the Supreme Court.

The end result of the Reagan Revolution, which we are now living through, has been the great sorting of permanent political polarization. America no longer has a unified standard of national ethics. There is no longer agreement on the basic premises of national governance, including the bedrock principle that every American should have the right to vote. Or that criminals abusing public office should be punished. There is no longer agreement that open expression of hostility toward women, minorities, gay or transgender Americans should disqualify a person for public service. Nor do we any longer agree that truth-telling should be a pre-requisite for the public’s trust. Trumpism, defined as expressing open hatred and grievance, public lying, and doubling down when caught, is now broadly acceptable to slightly more than a third of Americans, and nearly half the voters in the 2020 election.

As a result, every two years, we continue to elect more unethical politicians, who would have been disqualified in previous, more humane election cycles. Public lying and insults toward the vulnerable have been recast as “free speech.” And the open promotion of conspiracy theories in some cases will now garner a politician more support, not less. We can’t and won’t survive much more of this. In the deplorable moral universe, political power is the only benchmark that counts. Accountability and laws are for losers and suckers. If you’re not possessed of unlimited money and power, this does not bode well for your future.

How does The Douchebag’s Razor work?

The douchebag’s razor’s primary function is to recast wrongdoing as controversy. To rebrand hate speech as free, protected speech. To establish an alternative universe in which perpetrators are victims, and victims have become perpetrators. Key to this purpose, is organizing an active constituency of those who openly favor the wrongdoing and the hate. And to elevate proud and unrepentant spokesmen for those with an inverted moral system to lucrative positions of leadership. Start with RSHT (racism, sexism, homophobia, transphobia), end up with the pardon of vicious criminals, the smashing of institutions, an attempted coup against the US government, and a public health disaster. This is the blindingly successful operation of the douchebag’s razor.

Let’s take our recent example of national trauma, which involved both Type A and Type B controversies:

Former president Trump runs for office and launches a 5-year ongoing campaign of hatred by calling Mexicans “rapists.” He opened his salvo against the judiciary by attacking Judge Gonzalo Curiel, who had ruled against him in a case involving Trump University. He followed that up during his presidency with 30,000 documented lies, thousands of hateful and divisive tweets, and dithered and lied about a deadly and mostly preventable pandemic, which cost hundreds of thousands of American lives.

The primary accomplishment of Trump’s presidency was to remove himself—and by extension the Republican party—from being held accountable to the rule of law. And he almost succeeded. Instead of accountability, everything became about loyalty. The question was no longer, did something violate the law. The question became instead, “do you support or oppose this?” And that’s not how any of this is suppose to work in a Constitutional democracy or republic.

The Type-A Douchebag’s Razor in action

Democrat: “That’s racist and false. You should choose your words more carefully. You need to apologize.”

Democrat: “You may have free speech, but you don’t have consequence-free speech.”

Celebrity Douchebag: “Just try and make me shut up! Waaaaaa, Twitter followers, look what they said about me, I’m being persecuted!”

Celebrity Douchebag: “You’re trying to cancel me, and I won’t be cancelled.” [Doubles down, says even worse racist thing]

Douchebag President: “Look how unfair they’re being to [Celebrity Douchebag]. No one should be fired for what they say. This is un-American!”

Other Celebrity Douchebags: “Democrats are hypocrites, whatabout X, Y, Z democrat who said or did P!”

Democrats: “When we find out about those things, we demand, and get, public apologies and resignations. We hold our people accountable.”

Democrat: “That’s a dishonest comparison, and you know it.”

Family member of Democrat: “I can’t believe you support firing [Celebrity Douchebag] just because of something she said!”

Family member of Democrat: “Yeah, but this cancel culture is entirely out of hand. Before you know it, we’re going to have one-party rule in this country, and nobody will ever be able to say anything at all. It will be like China, where everyone is under constant surveillance! It’s a tough time to be white / male / heterosexual / cisgendered. I’m switching parties. And I’m not speaking to you ever again. You don’t support free speech. And because I don’t agree with your Maoist crusade against free thought, you’re against me personally, and I feel betrayed. If it were up to you, pretty soon we’d all be forced to participate in struggle sessions, and confess our thoughtcrimes!”

Democrat: “That’s preposterous, no one’s proposing “struggle sessions.” We want a fair democracy where everyone participates. We want accountability. We want pluralism. This family used to support that.”

Democrat: “That’s simply not true. There is no scientific basis for racial categories. Skin color determines nothing. Trans athletes just want a chance like anyone else.”

Family member of Democrat: [Rattles off debunked scientific racism claims, and eugenic talking points from the 1920s. Rattles off hateful bile about the psychological problems of transgendered youth.]

Democrat: “It is your choice to believe that. But when you support racist or gendered attacks, you’re turning your back on democracy. You’re enabling fascists and opening the door to systemic corruption. And you should know that Republicans will never address things like human rights, climate change or gun violence.”

Democrat: “Holy shit, my family member just disowned me and switched parties because I support accountability and fairness!”