The Social And The Absurd
LOGIN
Sunday, December 4, 2022
Top Posts
What’s Up With the Nazi “Black Sun” Rune Wheel?
Elizabeth Clare Prophet Claimed To Be ‘Clairvoyant’
The Eightfold Path of Denial of Death
Why I Left The Radical Secular Podcast
Miss R*EVOLutionaries: Panel Discussion
Money Is Not A “Shared Fiction”
Beliefs About God Won’t Make You Moral
This Is Not Fine!
Wealth Concentration Leads to Feudalism
Is Something Unclear About What’s Wrong With America?
SUBSCRIBE
Archive

Home Bigotry And Racism The Social And The Absurd

The Social And The Absurd

The contract is always evolving 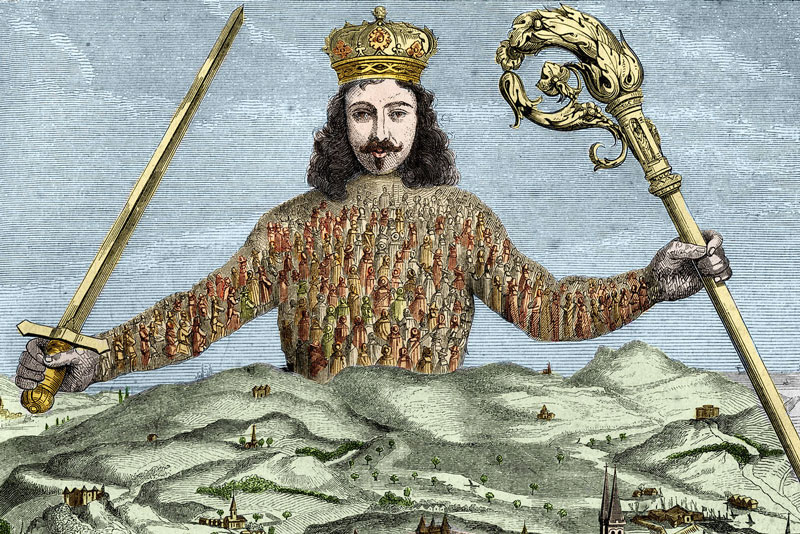 T here are many ways of understanding the Black Lives Matter movement, and on The Radical Secular, we have discussed the bad-faith assault on this social movement. There is another aspect to it, which is deeply related to the enlightenment notion of the social contract, and it goes to the heart of how American society functions, or more to the point, has fallen into dysfunction. The resistance to public health measures during this pandemic, the delusional “stop the steal” conspiracy that lead to an attempted insurrection are all intimately connected.

As is the case in much of the world, America is shifting, slowly and unevenly, toward a public health and support model rather than a criminal justice model to deal with social problems and improve lives. It is an evolution in the American social contract. New public health measure to fight the pandemic, expanding the vote through public support campaigns are clear examples of this approach. The “defund the police” impulse that arouse out of BLM activism falls in the same category. It is simply a political expression of a shift in thinking on how to ameliorate social ills and improve lives. “Defund the police,” is a way to force the issue because this new model is being successfully resisted by those who claim it to be an infringement on individuality and freedom.

Individualism without the social contract, however, is not what the enlightenment thinkers had in mind. They would find that notion abhorrent. Freedom comes with responsibility. Philosophers like Thomas Hobbes, John Locke, and Jean-Jacques Rousseau helped shape American civics and law through a balance of individual autonomy and social contract theory. The idea is that individuals agree to cooperate for the benefit of society, which requires the willingness to forgo some freedom for the greater good.

This “contract” began to expand over the course of time, broadening its mandate to include the greater good of more and more people. Today we call this approach to managing society social democracy, a set of beliefs and practices that employ a more sophisticated understanding of the human condition. Civilization is comprised of social animals that evolved over millions of years in small, close-knit clans thrown together in vast, complex societies bound by institutions and laws.

American society has tried to make this agglomeration work by aspiring to become a place of independent, free-thinking individuals, able to choose their political representatives and bound together through common expectations, beliefs and practices which ensure the functioning of society. This is essentially the American social contract and it has been evolving ever since toward universal justice and human betterment.

The path towards human flourishing relies on an evolving social contract, which is challenging enough on its own. Our understanding of the human condition has evolved far faster than the educational system, the legal system, and other key institutions. Only recently is our civilization coming to terms with the fact that the human mind is so easily swayable and vulnerable. As we learn more about ourselves so must our laws so that they reflect new understandings. This was the course of our nation during the early post-war period, until the turn rightward to neoliberalism.

Much of the dysfunction we see today comes from the fact that the American social contract has been under assault for decades. It explains why refusing to wear a mask or cooperate with social distance mandates has had such powerful resonance and such powerful consequence. Something as clearly beneficial as public health is vilified as intrusive and oppressive during an unprecedented health crisis. Undermine the social contract and irrationality returns. When means to make society work, like adherents to public health, are undermined clearly things start to go wrong, like a botched pandemic effort.

Even more viscerally, we have seen a growing irrationality play out in our politics. The Reagan revolution not only reversed the progressive trend toward universal health care started during the Great Depression, it has reversed many other similar trends designed to improve people’s lives. Trumpism provides simple explanation for the struggles and failures of life so many people are now experiencing. There is an aspect to this populist, right-wing extremism that is very much related to the opioid crisis, alcoholism and general despair. It is worth noting that it is largely because of a willful abandonment of the social contract, regarding human health, that so many have grown bitter and dissatisfied.

Human thoughts or emotions come from a score of influences, from the physiological to the existential. The human mind is a dynamic mix of contradictions and extremely susceptible to all kinds of group influences. This truth is self-evident. I knew as a child, as many other children do, that people act irrationally and maliciously simply for the need to be accepted by a group. Tribalism and irrationality are foundational truths about the human condition, and a civilization can prosper only if it finds strategies to ameliorate those impulses. Denying that truth is asking for trouble, and that is the direction that modern conservatism has taken by actively resisting the evolution of social democracy.

A rightward shift in towards neoliberal policies has succeeded in pushing key aspects of the social contract aside. This contemporary fight against liberalism, brought into fruition by the late 20th century, has equally acted as a distraction from the misery engendered by a society that is now breaking down. In turn, the blame inevitably falls on those who are different and less powerful, those who have just recently were allowed to enter this American contract. This is no coincidence.

The social contract itself is a casualty of war, a war to maintain and restore the social hierarchies of oppression that underlie all of human history, to stop social justice progress. Aspirations of marginalized groups to become fully participating members of American society have become conflated in right-wing thinking and activism not just with liberalism, but specifically with the social contract itself. Even the more traditional and historical parts of this contract are once again under assault. As evidence, consider the voting suppression efforts by Republicans across the nation.

Right-wing thought lauds the virtues of liberty only when this freedom maintains a traditional social order. Otherwise, freedom is a threat. Rebelling against the “liberal establishment,” is really rebelling against much of what comes from the broadening of the social contract to historically marginalized groups. As this assault continues, the ramifications are universal, extending beyond the realms of social justice and culture. Ignoring the reality that humans are interconnected and cognitively vulnerable and must work together leads to breakdown of complex society. This is what we are witnessing and this is what we must stand against.

Bloody Sunday for the People