Enemy Inside the Gates: with Drew Scott
LOGIN
Monday, December 5, 2022
Top Posts
What’s Up With the Nazi “Black Sun” Rune Wheel?
Elizabeth Clare Prophet Claimed To Be ‘Clairvoyant’
The Eightfold Path of Denial of Death
Why I Left The Radical Secular Podcast
Miss R*EVOLutionaries: Panel Discussion
Money Is Not A “Shared Fiction”
Beliefs About God Won’t Make You Moral
This Is Not Fine!
Wealth Concentration Leads to Feudalism
Is Something Unclear About What’s Wrong With America?
SUBSCRIBE
Archive

Home Fascism Enemy Inside the Gates: with Drew Scott 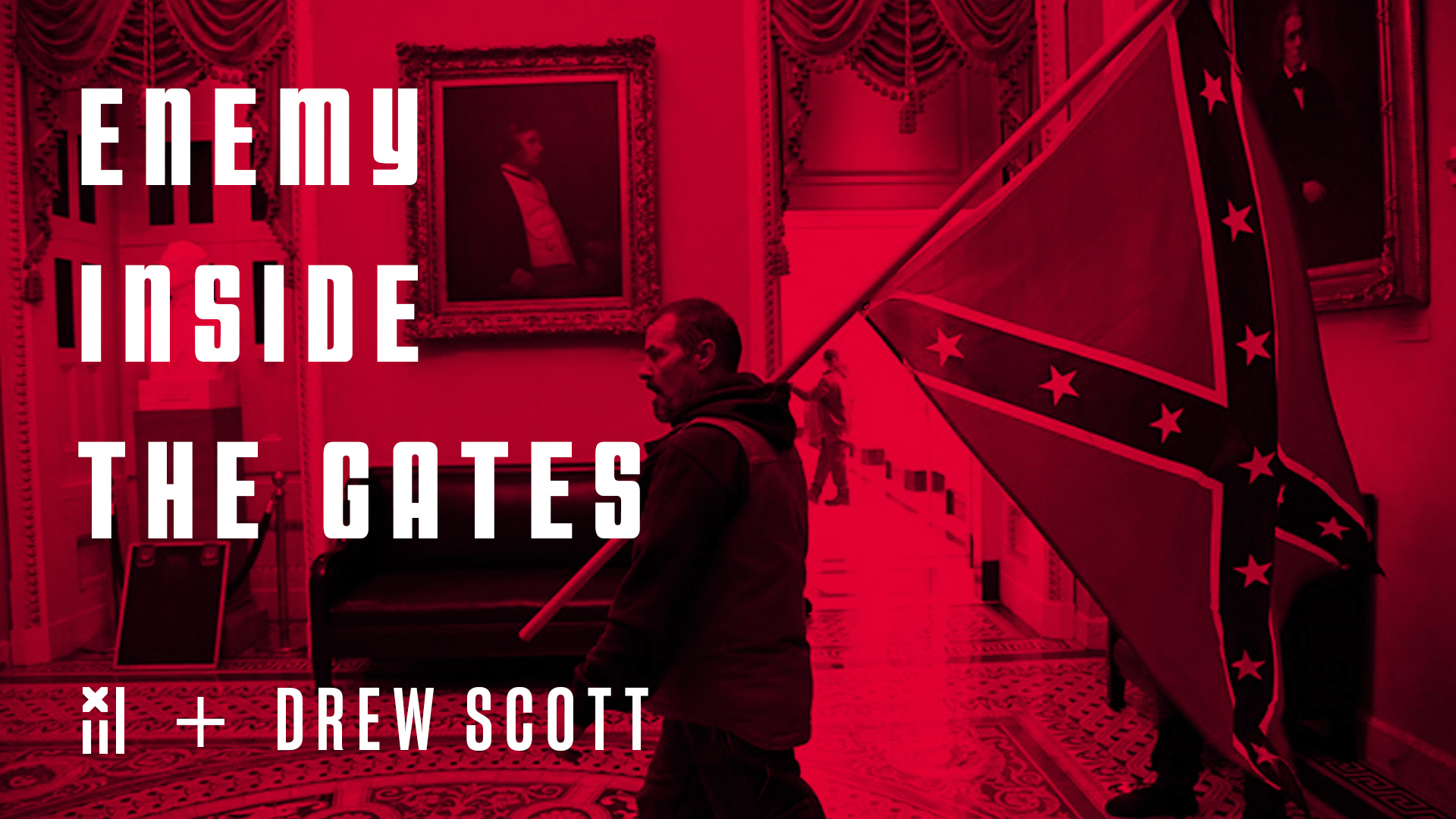 (03:28) News Segment: Enemy inside the gates. On January 6, 2021, a mob of riotous insurrectionists breached and vandalized the United States Capitol after having been incited to violence by President Donald J. Trump and his surrogates. Christophe, Sean, and guest Drew Scott react.

(15:10) Christophe, Sean, and Drew react to an excerpt from an article Sean authored in response to the 1/6/2021 Trump riot on Capitol Hill. The article excerpt addresses the decades long political and social conditions that precipitated the Trump insurrection and why it cannot be separated from the GOP’s journey from Nixon to Reaganism to Trumpism.

(01:05:01) Modern franchises and modern series, like the recent Wonder Woman films, and shows like Star Trek Discovery, are super important from a social justice perspective. Christophe, Sean, and Drew explain why.

(02:00:41) Drew Scott relates a chilling anecdote about his father’s direct experience in the entertainment industry, with soon-to-be ex-president Donald Trump.

There Was Never Any Other Possible Outcome (By Sean Prophet)