America Goes Coup-Coup
LOGIN
Monday, December 5, 2022
Top Posts
What’s Up With the Nazi “Black Sun” Rune Wheel?
Elizabeth Clare Prophet Claimed To Be ‘Clairvoyant’
The Eightfold Path of Denial of Death
Why I Left The Radical Secular Podcast
Miss R*EVOLutionaries: Panel Discussion
Money Is Not A “Shared Fiction”
Beliefs About God Won’t Make You Moral
This Is Not Fine!
Wealth Concentration Leads to Feudalism
Is Something Unclear About What’s Wrong With America?
SUBSCRIBE
Archive 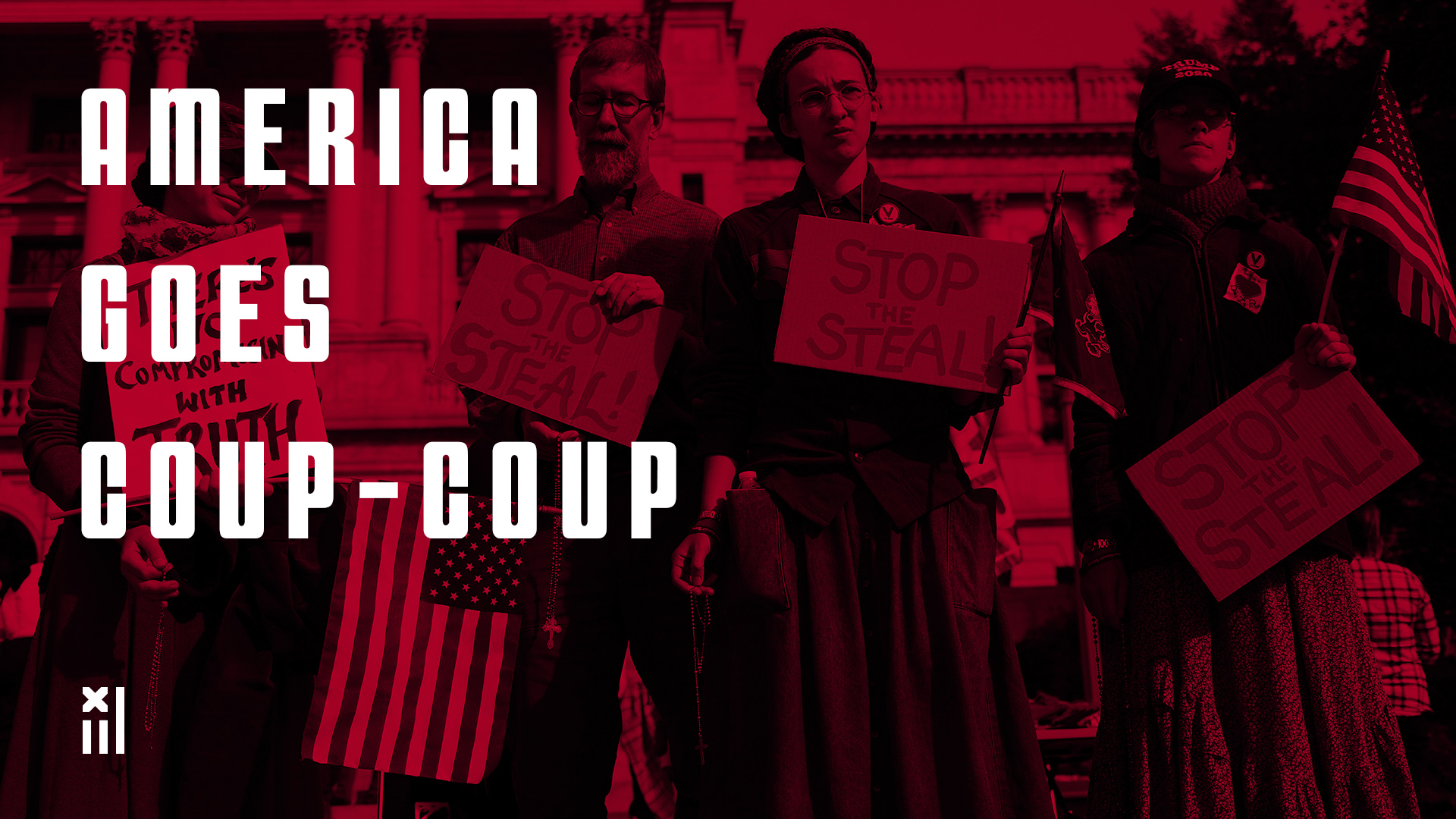 (02:18) T-Shirts. America’s Post-election Chaos. The Republican Party’s failure to acknowledge Joe Biden and Kamala Harris’ historic popular and electoral college vote win–raises fear of a potential coup. But GOP delusion about their election loss seems to be only matched by their legal incompetence. None of the election challenges are going anywhere, many have already been thrown out of court. Biden’s 306 electors are legally required to respect the will of the people, and even the republican legislatures in 4 marginal states have rejected the notion of replacing electors. Mike Pompeo’s treason on the world stage has sullied the image of the United States. Trump’s fund-raising corruption.

(37:55) The Blinded by the Light Podcast: Christophe Difo and Sean Prophet will be guests of Bayard Lewis, guest episode to air Monday November 30, 2020.

The Blinded by The Light Podcast

Speech by Samuel Alito at the Federalist Society, November 12, 2020