Your Friend Is A Fascist
LOGIN
Monday, December 5, 2022
Top Posts
What’s Up With the Nazi “Black Sun” Rune Wheel?
Elizabeth Clare Prophet Claimed To Be ‘Clairvoyant’
The Eightfold Path of Denial of Death
Why I Left The Radical Secular Podcast
Miss R*EVOLutionaries: Panel Discussion
Money Is Not A “Shared Fiction”
Beliefs About God Won’t Make You Moral
This Is Not Fine!
Wealth Concentration Leads to Feudalism
Is Something Unclear About What’s Wrong With America?
SUBSCRIBE
Archive

Home Bigotry And Racism Your Friend Is A Fascist

Your Friend Is A Fascist 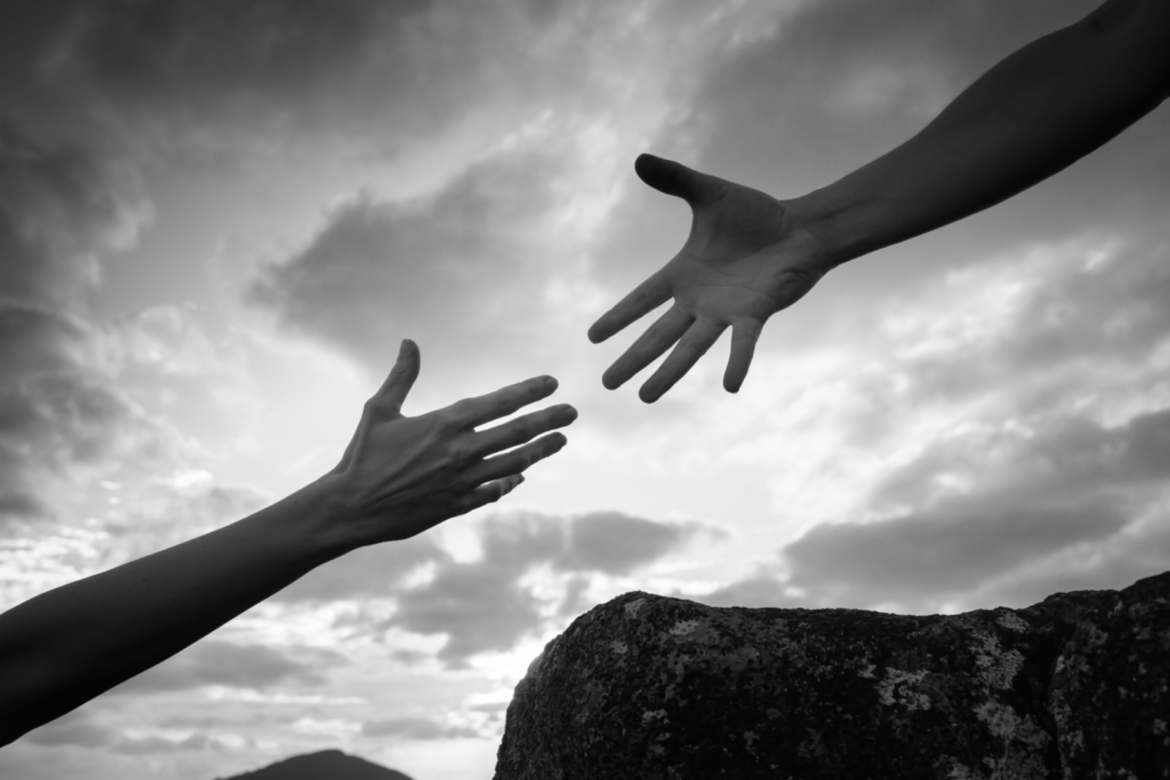 H e’s not that crazy uncle who, at the first chance he was afforded, leapt onto the Trump-train as it chugged its way toward MAGA-cultville. I’m referring, instead, to the kind of person who has been inching, for years, toward the lie that conservative authoritarianism is the solution to America’s ills.

Often, they’re not especially religious. They probably aren’t virulent homophobes or racists. They might, in fact, subscribe to some progressive ideas. But their concerns for others’ wellbeing is subordinate to their thirst for what they perceive as stability. They crave the false sense of security that authoritarian leaders are well-positioned to pretend to provide.

I have a friend in particular who is sliding into this unethical and self-defeating worldview. I’ve witnessed his once thoughtful debates devolve into tone deaf commentary and recitation of easily debunked propaganda.

We grew up a couple years apart in the same area — a moderate, middle class suburb with good schools and its own little parade. We’re similar in many ways, from our choices in pop culture geekery, hot rods, and martial arts, to our careers as technicians and engineers in the entertainment industry. While we wouldn’t be mistaken for family, we look similar enough to fit a mold; fair skin, light hair and eyes, builds that put on muscle with even moderate effort but will just as easily go to fat if not careful.

Yet we’ve grown apart in ways that are hard to fathom.

Here’s where it gets difficult. How do I guide this friend, or someone like him, toward the truth when they are ensnared in the trap of avaricious acceptance? How can I even attempt that exercise without inadvertently alienating them further?

This essay explores this disquieting phenomenon through my own experiences with this person I know. A person who is backpedaling his way out of his friendships with me, and mutual friends, by channeling conservative authoritarianism.

Yet he claims that it’s other people need to suck it up and get over their feelings. Those liberal “snowflakes.”

Is he a bigot? That question is harder to answer than one might think. Sometimes bigots genuinely don’t realize that they’re bigots. And to be fair, many of us grapple with anxiety and fear about surviving in the modern world. We want to feel we have a say, that we will be heard, that our legislators will represent us.

There’s a key difference here, though: progressives decline to allow our (understandable) anxiety and fear to dominate us. Because when left unchecked, anxiety and fear demand scapegoats. Scapegoating leads to bias. Bias leads to racism. Racism leads to oppression.

Why Does He Believe It?

Religion. Religion is, for many people like my friend, the gateway drug that leads them to authoritarianism.

We humans, the intensely social animals that we are, tend to take on the beliefs and practices we encounter in our environment. This is particularly the case with respect to children. As such, most of us adopt as our own, without question, the religion (or lack thereof) into which we were born. Breaking free from that indoctrination is extremely difficult, even for adults. The conditioning is deep-rooted and of preeminent influence.

The indoctrination often starts innocently enough with Santa Claus and the Tooth Fairy. Before long, though, the child graduates to the love-me-or-burn-in-hell savior. By the time they’re an adult, their entire world revolves around a vast system of reward and punishment, orchestrated by a hidden master they worship as “god.”

It’s not, moreover, the QAnon or flat earth talk that keeps the faithful coming back on Sundays. At least not at first. Rather, it’s that they value the community of like-minded folks. It’s the friendly faces. It’s the desire to help others. It’s the leadership provided by the man in the pulpit. It’s the structure and the ceremony. It’s also a gradual brainwashing which, at first, makes the far-fetched appear plausible; with time, it demands that the faithful accept the far-fetched without question.

All too often, this sad trudge ends between the pages of pro-life propaganda, in anti-science and anti-vaccine movements, and more recently on the QAnon conspiracy websites. These folks become experts in the art of cherry-picking evidence to manufacture a false vision of reality that resolves their cognitive dissonance.

In this way, my friend became the proverbial nut job in the tinfoil hat. His mind has been groomed successfully. Colonized successfully. That mind is now fertile ground for seeds of domination, whether sown by a pastor, an authoritarian leader, or a QAnon conspiracy peddler.

Rights. It’s also about certain Constitutional “rights.” These “rights” range from the real to the fanciful. They’re always assumed. Mostly misinterpreted. Sometimes, plain old made up.

For my friend, though, and for many thousands of people like him, the only salient Constitutional rights derive from the Second Amendment, with the occasional nod to the First. They manifest, almost exclusively, in the unfettered right to bear arms, and the unfettered right to denigrate women and minorities without political, social, or legal consequence. (The latter of which, of course, is not protected by the Constitution.)

Still, for my friend, the Second Amendment is always the amendment by which all other amendments live and die. Neither the Fourteenth Amendment (equal protection and due process) nor the Fourth Amendment (freedom from unreasonable search and seizure) really matter. Nope, it’s guns. It’s all about the guns.

Not everyone enjoys unfettered access to these “rights,” though. They’re reserved for conservative “patriots” who “defend our way of life.” It’s liberty for the authoritarians and a pre-approved selection of citizens. They aren’t for Democrats or progressives, no way — those socialist, immigrant, tree-hugging, femi-nazi, abortionist, atheist “others.” Those rights are never for the benefit of protestors in the streets speaking out against actual oppression.

This temper tantrum approach to Constitutional rights reflects the same self-centered, individualistic worldview that leads full-grown adults to lose their shit when asked to don a mask at Walmart. The same place they proudly display their catheter-leg-bag half-full of urine beneath the hem of their loose-fit Wrangler jorts and expect others to deal with their unsightly habits.

Fear. It’s fear, ultimately, that drives him. My friend. Palpable and all-consuming.

It’s the fear of losing privilege. The privilege of whiteness, and of patriarchy. It’s a fear born of seeing one’s perceived position in the social hierarchy threatened or diminished. It’s a fear of competing with women and minorities on equal terms. It’s an overwhelming fear that women and minorities, with equal access to the avenues to power, will rise above him in the hierarchy.

This fear — his fear — translates to bigotry, consciously or unconsciously. It devolves into intolerance of any “others” who dare assert their right to compete with white men for position in the hierarchy. When collective white fear mixes with the imaginary unearned social and political power, the result is always violent backlash.

What Do I Do About Him?

My friend didn’t go to sleep a liberal one day and awaken a conservative the next. The change might have been slower than my own apostasy from conservativism (which involved years of active self-awareness and active deprogramming). The conservative scourge creeps like an insidious cancer, its symptoms ignored, until it explodes, immense, grotesque, unavoidable.

I’ve reached a point at which I have a hard time calling my friend, “friend” anymore. I find it equally difficult to cut him out of my life completely. Or to just let him leave.

We were friends for decades, bonded by shared backgrounds and the trials of life experience. How does one just walk away from that?

From my point of view, I see a spiral of self-imposed denigration, hiding behind gunpowder and fossil fuels. I hear claims of libertarianism and rights and freedom but the echo is of depression and sometimes desperation. I want to understand, and help him understand, but I’m at a loss as to how — or, some days, if.

You Know Him Too

We all know someone who has given in to the draw of the right: The security of authority. The familiarity of conservative views and nostalgia of romanticized better times. The vocal leaders who claim to be tough on minority crime and will protect “our” rights, lower oppressive taxes, keep immigrants from taking jobs, maintain “the American way of life.” Heavy-handed punishment for criminals. Traditional family values. Powerful military for defense. Religious freedom. It all sounds good to the shrinking middle class, who’s position in the hierarchy is in jeopardy.

Perhaps it’s my privilege showing when I say, “bullshit.”

A Shitty Schadenfreude: With Joseph Occhipinti