What Happened To White Men?
LOGIN
Sunday, December 4, 2022
Top Posts
What’s Up With the Nazi “Black Sun” Rune Wheel?
Elizabeth Clare Prophet Claimed To Be ‘Clairvoyant’
The Eightfold Path of Denial of Death
Why I Left The Radical Secular Podcast
Miss R*EVOLutionaries: Panel Discussion
Money Is Not A “Shared Fiction”
Beliefs About God Won’t Make You Moral
This Is Not Fine!
Wealth Concentration Leads to Feudalism
Is Something Unclear About What’s Wrong With America?
SUBSCRIBE
Archive

Home Bigotry And Racism What Happened To White Men? 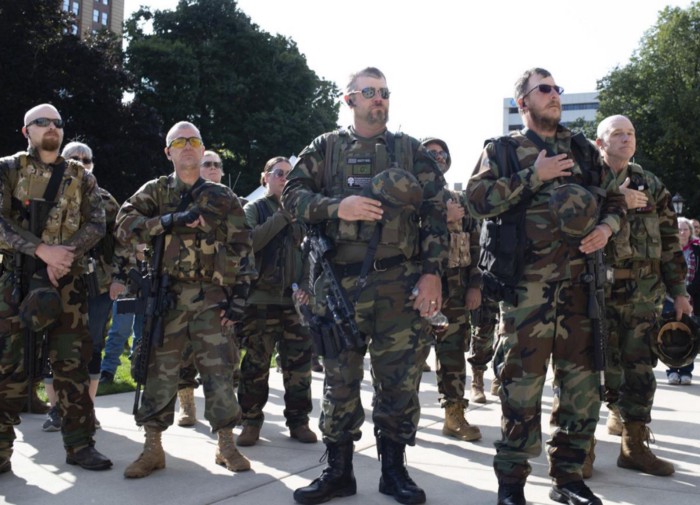 L et me tell you exactly. We are living at a time in history when we have every single technological and social development in place that would secure a prosperous and just future for all of humanity.

We are about to potentially colonize the other planets in our solar system.

We understand more about ourselves than any humans ever have.

We’re on the verge of curing cancer and resequencing our DNA to get rid of hereditary diseases.

We’re very close to eliminating drudgery and replacing it with automation so that every human being can live a life of creativity and meaning. We’re in striking distance of eliminating the lifelong struggle of the world’s people, for subsistence, food, and shelter. Despite Covid-19, we’re close to eliminating many preventable diseases, for good. Health, food, and shelter should be considered a birthright in any advanced, technological society. And that birthright is still eminently reachable for all citizens of Earth, within our lifetimes.

In short, we have the means to eliminate human want and suffering, and to operate our planet in a state of balance with nature. If only we wanted to.

There’s only one thing standing in the way: the wealthy privileged white billionaire, and his poor, ignorant aspirational minions. Many of these minions either “work forces,” in the immortal words of Zach de la Rocha — or like the Halifax County Militia — wish they could.

Earth is a brown planet. Even America, with its mere 4% of the world’s population, is a browning nation. And the human race is overwhelmingly brown. If we averaged out the appearance of everyone alive, it would be distinctly and powerfully brown. Because 80% of the people in the world were born with brown or black skin. Universal prosperity, then, means that brown people would see a disproportionate rise in their living standards — if only because they’ve historically been so low.

White men everywhere see this as a threat. Which leads them to rationalize policies that keep hundreds of millions of people in abject poverty, just so the predominantly white nations remain firmly ensconced atop the increasingly rotting heap of our planet. Further, within his own nation, the American white male repeatedly votes to strip benefits from his brown fellow citizens, and especially to keep brown people from moving into his segregated single-family neighborhood. The petulant whine of the suburban householder’s primary metaphor, “a man’s home is his castle” couldn’t be more directly tied to feudalism!

The white male is a historical and geographic anomaly. Even as an overwhelming minority, the arrogant white man has systematically colonized and oppressed the entire planet for the past 500 years. Even though colonialism waned in the latter half of the 20th century, the former colonial powers still control the bulk of the world’s commerce and finance, to the grave detriment of the colonized.

Want energy? You’ll have to buy it from the white man or his Middle Eastern puppets, and it’s going to cost you. Even worse, its pollution will heat the planet for thousands of years into the future. The white man’s fossil energy will literally kill you and all your future generations.

Want health care? We’ve got the best health care in history, but you’re going to have to pay rich white man’s prices. Or die. Your money or your life!

Want education for your children? It comes with a side of the white man’s patriarchal religion. Like public education? Like it equal and secular? Like to learn about the real history of America and how it has treated other cultures? The white man will defund your schools and put their own children into private Christian Academies, or flood your public schools with textbooks that ignore black history, and claim Moses was a founding father.

Want birth control? Sorry, you’re going to have to run the gauntlet of the white man’s slut-shaming, along with his army of angry Karens, the Stockholm-syndrome gender-traitor females. See, birth control and abortions are only for good, married white Christian women and their (totally pure and not sexually active) daughters.

Hungry and out of money? Don’t worry, even when you get food stamps, the white people will be watching you in the checkout line to criticize your food choices and call you “takers” and “moochers.” Losers don’t get to have steak. Ever. Buy a bag of beans and rice, and we might grant you some government cheese, which you’ll thank us for, if you know what’s good for you.

Care about gun violence? Just pray and blame the victims for not carrying guns. Unless they’re brown or black, then they deserved death, even if they had a gun permit.

Care about the climate and the future of the world? Sorry libtard, you’re a socialist enemy of the state. Let me blow some thick, black diesel smoke in your face. Especially if you’re riding a bicycle or driving one of those faggy electric cars.

Think that nations should come together and form a global government to protect human rights? Believe that there’s something better we could do with trillions of dollars a year than build weapons to fight each other? Sorry, dreamer, that doesn’t fit into our plan for lily-white global theocratic authoritarianism, where nations are free to set up concentration camps for brown children, perform forced sterilizations, and murder gay and trans people again. Away from any pesky nonsense from the “do-nothing UN” and their fake “Human Rights Council.”

I could go on and on about the stacked deck of white minority rule and its rationalizations. But you get the point. It’s not even strictly a color line. It’s a state of mind, or rather mindlessness, in support of strict social hierarchy. Black people in positions of authority can and do become powerful tools of white supremacy. Brown men can be just as viciously awful to their women. They have a different but equally bad set of religious excuses for beating and raping and killing. But brown men don’t have as much institutional power as white men, and that’s critical to their plight of enslavement to the white man — on a global basis.

In America, though, the ones pushing us toward an apartheid dictatorship are white men. They’re the ones right now fantasizing about disenfranchising and killing liberals, women, and black and brown people. And I’ll be damned if I’m going to let America be dragged behind some Molon-Labe-sporting, Confederate flag-waving monster truck — back to the “might makes right” feudalism of the Middle Ages.

The Four Horsemen Of World History

Your Friend Is A Fascist