LOGIN
Monday, September 26, 2022
Top Posts
The Eightfold Path of Denial of Death
What’s Up With the Nazi “Black Sun” Rune Wheel?
Beliefs About God Won’t Make You Moral
Wealth Concentration Leads to Feudalism
So You Hate The Space Billionaires?
Is Something Unclear About What’s Wrong With America?
This Is Not Fine!
Stop Telling People What To Do!
Facebook is the World’s Most Destructive Organization
Money Is Not A “Shared Fiction”
SUBSCRIBE
Archive

The Four Horsemen Of World History 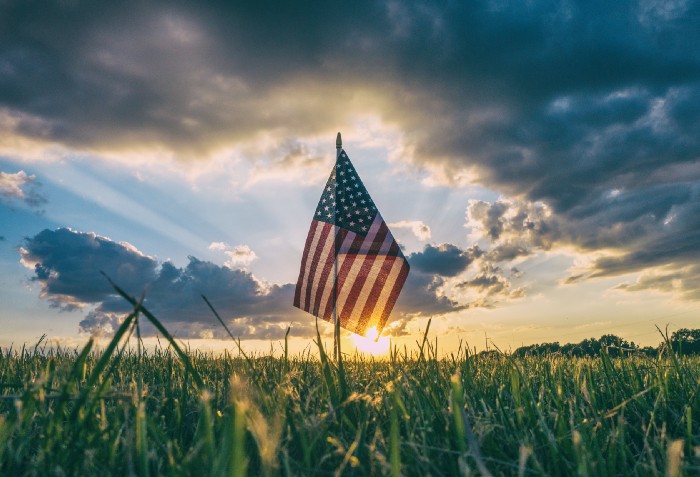 When ignored warnings repeatedly come true, it’s absolutely no consolation for the warners, who suffer right along with the ignorers.

For decades now, liberals have warned their fellow Americans of the dangers of racism, fascism, Nazism, and theocracy. We’ve fretted about history repeating itself. We’ve been shocked by the ignorance of the younger generation about historical atrocities like the Holocaust. We’ve obsessed about the dystopian nightmare of The Handmaid’s Tale. Still, the extreme importance of the separation of church and state is lost on a lot of people. This is why I co-host my podcast called The Radical Secular. Too many people still don’t get the everyday horrors enabled by the intrusion of religion into American law. Nor do they understand the far-worse horrors to come.

Let’s take racism first. This is the most abused (and misundertood) concept in American politics. But that’s because the only people who truly understand racism are those who have taken the time to learn Black history, which for white people often requires significant expenditure of mental and personal effort. This is what was intended by the founders of the 1619 Project. Which is the now-vilified effort to help Americans get in touch with their real history — instead of the hagiography most of us got in public and private schools.

Understanding racism in such stark terms can be very challenging to a person’s self-concept as a patriotic American. Such understanding requires a willingness to delve into America’s founding myths, and the willingness to come to terms with the fact that they are pernicious lies.

But delve we must.

You can be a racist collaborator, even if you’re Black!

If you’re Black, perhaps you’ve bought into right-wing victim-blaming and the Horatio Alger conceits of the “self-made Black person.”

The essence of racism is therefore racism denial. It’s the denial that you as a white person, have a different experience than a black person when you drive in your car, or get stopped by a cop, or apply for a job or a mortgage, or when you shop for homes or colleges. This type of denial will of course allow you to believe that you accomplished everything on your own, through your own efforts, and that you did not experience preferential treatment. You wouldn’t know preferential treatment if it bit you in the ass, because you’ve always had it.

For successful Black people who’ve overcome oppression, the attempt to jump the color line by parroting right-wing talking points (including victim-blaming and self-reliance) often grants an even deeper acceptance in the halls of power. This explains the atrocious (and racist) betrayals by powerful black intellectual collaborators such as Clarence Thomas, Thomas Sowell, and Ben Carson.

This brings me to the next point about racism: we are all racist. There is no such thing as “not racist.” There is only anti-racism. Which is the promotion of strict legal equality, and the recognition of, and resistance to, unearned hierarchy. There is only one party that is a consistent home to anti-racists. And that is the Democratic Party. It’s not possible to be a Republican and an anti-racist. Because everything about the Republican Party enforces the conservative moral hierarchy which inherently places whites above blacks and browns. How can any black or brown person, or woman, or LGBT buy into this?

Democrats have the same brain as republicans, with all of its inherent, evolved tribalisms. But the Democratic party platform is expressly in favor of flattening the hierarchy through economic intervention, and explicit protections for minority rights. It’s the only party that’s ever backed affirmative action. Therefore being anti-racist requires, at the very minimum, being a Democrat. Democratic voting is necessary, but not sufficient. Because voting blue will help implement anti-racist policy, but it doesn’t get you off the hook for racist behavior.

Shifting your behavior to anti-racism entails a daily personal resolve to give people of color an extra benefit of the doubt. It includes challenging your own assumptions and knee-jerk reactions. It requires that you recognize people of color as full equals, and that you make the extra effort to project an attitude of warmth and respect in all your interactions.

This brings me to fascism. Which is the perversion of truth in service of power. It is the failure to connect ideas to their consequences. It is the constant repeating of the “both sides” mantra and the “all politicians” mantra.

This unthinking failure to make distinctions, has delivered the unthinkable.

The minute you utter that execrable phrase “both sides,” you become that perfect subject. And you simultaneously give aid and comfort to the oppressor.

Bothsidesers are the ones who couldn’t tell the stark difference between Hillary Clinton and Donald Trump. They stayed home or voted third party thereby pounding the final nail in the coffin of democracy in favor of the “giant meteor” in 2016.

Fascists, every one of them.

If that description applies to you, no one wants to hear your explanations or objections about “vote shaming.” Shut. The. Fuck. Up. Hang your head, and take responsibility for allowing the wolf of fascism to overtake our beloved country. Hope you have fun in the camps, where you can tell all your cellmates about how “Bernie would have won!”

Now let’s take Nazism. For many years on the internet it was impossible to label anything as Nazism because of Godwin’s Law. What you can’t name, you can’t fight. What you can’t fight, will repeat. Nazi rhetoric was everywhere in the early days of the internet. Yet Mr. Godwin (perhaps unknowingly) declawed our opposition, by labeling anti-Nazism as a losing argument. He might have thought he stopped online discussion from repeatedly jumping the shark. But in the process he set up our nation and world to jump the shark — by making discourse safe for Nazis.

While people fretted about the boundaries of “acceptable discourse” on the internet, modern Nazis built their underground networks. By the time they found their savior in Donald Trump, and broke out of gaming message boards onto Reddit, 4chan, and 8chan, it was all way too late.

Are you seeing the pattern of Nazism yet? Or are you still in denial. Donald “very fine people on both sides” Trump is now openly using genetic determinism in his 2020 campaign speeches. He’s thereby quoting Hitler chapter and verse. He’s labeled suburbs as where the “good [white] people” live, and cities (where people of color live) as violent anarchies. Like every good dictator, he’s using his position as president to financially (and militarily) punish protest, in cities and states that didn’t support his election.

Donald Trump is a Nazi. But he’s by far not the only one. They’re everywhere in America’s Christian churches. Which brings us to our last subject, theocracy.

Many churches have stated for many years that they believe god should rule over America. Which is a blatantly Nazi/fascist goal. Since no one talks to god, what that means is that they want their religious opinions, (which often include blatant racism, sexism, homophobia and transphobia) to replace civic law in the United States. They’ve never been shy about this project, and at least during the latter half of the 20th century, courts upheld strict separation of church and state.

But strong separation of church and state began to be eroded under the Reagan, Bush, and Trump administrations. It’s been attacked by the Supreme Court repeatedly, as the court has tilted violently to the right and allowed religious exemptions for healthcare mandates, and birth control, and allowed public funds to be used for religious schools. The Religious Freedom Restoration Act of 1993 (an unfortunate bipartisan theocratic act sponsored by Chuck Schumer, and Ted Kennedy, and signed by Bill Clinton) gutted the impartial enforcement of the law on the religious and non-religious alike by opening the door to religious exceptions.

Enforcement of the Johnson Amendment prohibiting politicking by tax-exempt churches, has all but ceased in the 21st Century.

Theocracy is about to get much worse as the Republicans install yet another theocratic justice on the highest court, all but ensuring the smashing of the impartial rule of law in the United States. Dred Scott v. Sandford, and Buck v. Bell may soon no longer rank among the worst-ever SCOTUS decisions.

If you don’t know what either of those cases were about, then of course you don’t think America is a racist or fascist country. Go right now and read the links.

And then weep at how complacent we’ve all been about our long history of racism, fascism, Nazism, and theocracy.

What’s Up With the Nazi “Black Sun” Rune Wheel?
Exposing The Truth About The Ukraine War
This Is Not Fine!
Talking About Masculinity