Dr. Peter Boghossian: A Manual For Creating Atheists
LOGIN
Monday, December 5, 2022
Top Posts
What’s Up With the Nazi “Black Sun” Rune Wheel?
Elizabeth Clare Prophet Claimed To Be ‘Clairvoyant’
The Eightfold Path of Denial of Death
Why I Left The Radical Secular Podcast
Miss R*EVOLutionaries: Panel Discussion
Money Is Not A “Shared Fiction”
Beliefs About God Won’t Make You Moral
This Is Not Fine!
Wealth Concentration Leads to Feudalism
Is Something Unclear About What’s Wrong With America?
SUBSCRIBE
Archive 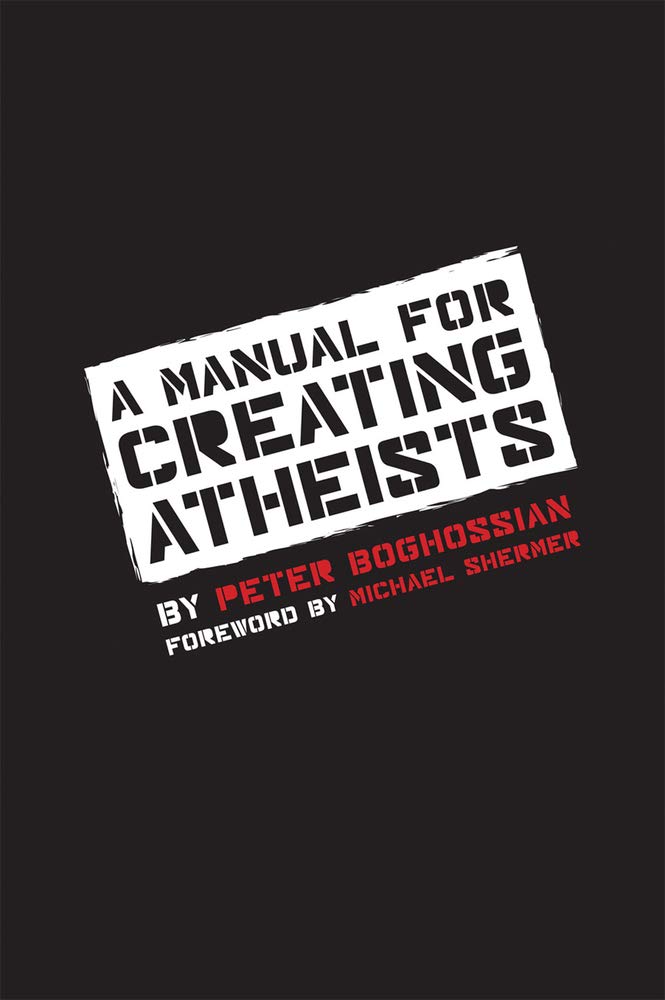 Dr. Peter Boghossian is a full time faculty member in the philosophy department at Portland State University. His goal is to teach people how to align  their beliefs with reality and embrace reason. Boghossian has worked with people in prisons, hospitals, public and private schools, business seminars, colleges and universities. He bases his philosophy around critical thinking and places great emphasis on the application of the Socratic Method. The philosopher’s latest work is titled A Manual For Creating Atheists.   “For thousands of years, the faithful have honed proselytizing strategies and talked people into believing the truth of one holy book or another. Indeed, the faithful often view converting others as an obligation of their faith–and are trained from an early age to spread their unique brand of religion. The result is a world broken in large part by unquestioned faith. As an urgently needed counter to this tried-and-true tradition of religious evangelism, A Manual for Creating Atheists offers the first-ever guide not for talking people into faith–but for talking them out of it. Peter Boghossian draws on the tools he has developed and used for more than twenty years as a philosopher and educator to teach how to engage the faithful in conversations that will help them value reason and rationality, cast doubt on their religious beliefs, mistrust their faith, abandon superstition and irrationality, and ultimately embrace reality.