Justin Vacula: Secular Activism
LOGIN
Monday, December 5, 2022
Top Posts
What’s Up With the Nazi “Black Sun” Rune Wheel?
Elizabeth Clare Prophet Claimed To Be ‘Clairvoyant’
The Eightfold Path of Denial of Death
Why I Left The Radical Secular Podcast
Miss R*EVOLutionaries: Panel Discussion
Money Is Not A “Shared Fiction”
Beliefs About God Won’t Make You Moral
This Is Not Fine!
Wealth Concentration Leads to Feudalism
Is Something Unclear About What’s Wrong With America?
SUBSCRIBE
Archive 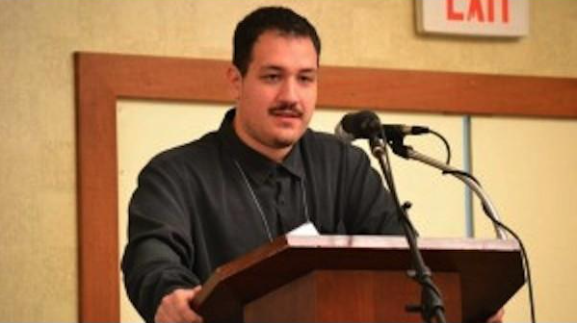 Justin Vacula is a public speaker, debater, and activist for the separation of religion and government.  Vacula has appeared on various radio shows, local television networks, and podcasts, participated in formal debates, and was a special guest speaker for a college-level philosophy course at an evangelical Christian college. He is currently enrolled in Marywood University’s graduate-level Mental Health Counseling program and works for a non-profit organization as a Program Assistant with adult students who have intellectual and developmental disabilities.

Vacula hosts a radio postcast called Brave Hero. In his podcast, the activist engages in skeptical discussions with secular thinkers on a variety of topics related to atheism and freedom of thought. The show welcomes in callers and airs weekly. Justin also holds leadership roles as the co-organizer, spokesperson, and a board member of the NEPA Freethought Society – a social, educational, activist, and philosophical group of freethinkers in Northeastern Pennsylvania. You can also find Justin Vacula on Twitter.