James Heneghen & Steve Hill: Street Politics
LOGIN
Monday, December 5, 2022
Top Posts
What’s Up With the Nazi “Black Sun” Rune Wheel?
Elizabeth Clare Prophet Claimed To Be ‘Clairvoyant’
The Eightfold Path of Denial of Death
Why I Left The Radical Secular Podcast
Miss R*EVOLutionaries: Panel Discussion
Money Is Not A “Shared Fiction”
Beliefs About God Won’t Make You Moral
This Is Not Fine!
Wealth Concentration Leads to Feudalism
Is Something Unclear About What’s Wrong With America?
SUBSCRIBE
Archive 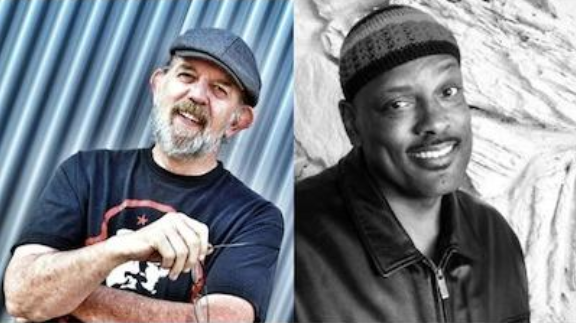 James Heneghen is a veteran comic. He’s been called “King of Seattle” by Ralphie May. He first got on stage in 1993 and trudged his way through the rungs of hometown comedy scene. He has been working as a headliner for well over a decade, as well as giving support to touring comics in the Seattle area.

With an extremely keen sense of humor, Steve Hill hits the stage with a stand up performance that enables people to see relevant issues from a very funny, but drastically different, perspective. Steve has set his sights on spreading his knowledge for the upcoming 2014 mid term elections and 2016 Presidential election.