Progressive Democrats of America
LOGIN
Monday, December 5, 2022
Top Posts
What’s Up With the Nazi “Black Sun” Rune Wheel?
Elizabeth Clare Prophet Claimed To Be ‘Clairvoyant’
The Eightfold Path of Denial of Death
Why I Left The Radical Secular Podcast
Miss R*EVOLutionaries: Panel Discussion
Money Is Not A “Shared Fiction”
Beliefs About God Won’t Make You Moral
This Is Not Fine!
Wealth Concentration Leads to Feudalism
Is Something Unclear About What’s Wrong With America?
SUBSCRIBE
Archive 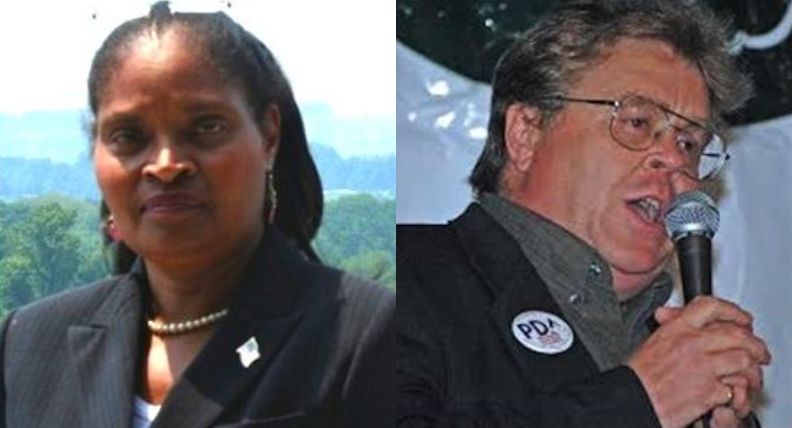 Progressive Democrats of America was founded in 2004 to transform the Democratic Party and our country. Their goal is to build a party and government controlled by citizens, not corporate elites-with policies that serve the broad public interest, not just private interests.

Tim Carpenter, Co-Founder and National Director, is a social and political activist who has worked for peace, nuclear disarmament, single payer health care and campaign finance reform for over 35 years. Tim was a key organizer for the presidential campaigns of Rev. Jesse Jackson (1988), and Gov. Jerry Brown (1992), and he served as Deputy National Campaign Manager in the Kucinich for President campaign (2004). Tim was a national DNC delegate, and addressed the 1992 Democratic National Convention. Tim is a regular guest on TV and radio, appearing on: CNN, MSNBC, Democracy NOW!, The Big Picture, The Thom Hartmann Show, Fox News, and many other local, state, and national radio and television programs. In 2007, he was named “Democrat of the Year” in Northampton, MA, and Progressive Activist of the Year by the Nation magazine.

Andrea Miller is the IT Director and Deputy Field Director for PDamerica.org, she was the Democratic Nominee in 2008 for House of Representatives in the Virginia 4th District. Running on Medicare for All and clean energy platform, Andrea was endorsed by PDA, California Nurses and The Sierra Club. Prior to running for office, Andrea was a part of Congressman Dennis Kucinich’s presidential campaign.