Dr. Victor J. Stenger: God and the Folly of Faith
LOGIN
Sunday, November 27, 2022
Top Posts
What’s Up With the Nazi “Black Sun” Rune Wheel?
The Eightfold Path of Denial of Death
Elizabeth Clare Prophet Claimed To Be ‘Clairvoyant’
Why I Left The Radical Secular Podcast
Miss R*EVOLutionaries: Panel Discussion
Money Is Not A “Shared Fiction”
Beliefs About God Won’t Make You Moral
This Is Not Fine!
Wealth Concentration Leads to Feudalism
Is Something Unclear About What’s Wrong With America?
SUBSCRIBE
Archive

Dr. Victor J. Stenger: God and the Folly of Faith 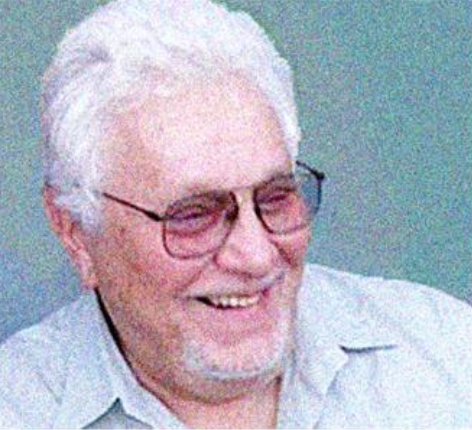 Dr. Stenger’s research career spanned the period of great progress in elementary particle physics that ultimately led to the current standard model. He also helped pioneer the emerging fields of very high-energy gamma ray and neutrino astronomy. In his last project before retiring, Dr. Stenger collaborated on the underground experiment in Japan that showed for the first time that the neutrino has mass. The Japanese leader of the project shared the 2002 Nobel Prize in Physics for this very important discovery.

Dr. Stenger has had a parallel career as an author of ten critically acclaimed popular-level books that interface between physics and cosmology, and philosophy, religion, and pseudoscience. His 2007 book God: The Failed Hypothesis. How Science Shows That God Does Not Exist was a New York Times bestseller. His most recent book is The Fallacy of Fine-Tuning. His latest book, God and the Folly of Faith: The Incompatibility of Science and Religion was published in 2012.

Last night I had the privilege of speaking with particle physicist and New Atheist author Dr. Victor J. Stenger on my radio show. It was a great interview, which in an hour barely scratched the surface of Dr. Stenger’s excellent new book God and the Folly of Faith: The Incompatibility of Science and Religion.

Dr. Stenger’s book compares favorably in scope with Daniel Dennett’s 2006 Breaking the Spell: Religion as a Natural Phenomenon. Rather than analyzing religion as evolutionary psychology, Stenger takes a comprehensive journey through scientific thought from Plato, Aristotle, Democritus, Epicurus, Lucretius through the founding of Christianity and Islam, the enlightenment and into the modern age. He demonstrates how religion has repeatedly opposed science on a political basis, (ironically sometimes aiding it when it seemed temporarily to suit religious purposes). He discusses creation myths and the overwhelming scientific evidence of an eternal universe (multiverse). And he eviscerates any blinkered notions that science might support “quantum spirituality.”

This is not a polemic, but a reasoned critique by a seasoned scientist and philosopher, updated for 2012. He takes on the arguments of at least a dozen well-known proponents or apologists for religion, including William Lane Craig, Dinesh D’Souza, and Deepak Chopra. And he highlights the dramatically negative effects religion has had on the American political landscape on every subject from contraception and stem-cell research to climate change and same-sex marriage. There’s a great deal more substance to this book than I can summarize in a few brief paragraphs.

Check out the interview and the book. It’s well worth your time.

Indeed, an awesome radio interview with Dr, Victor J. Stenger! I really enjoyed his brilliant speaking and mostly inspired to read God and the Folly of Faith: The Incompatibility of Science and Religion. Thanks.

I guess next the Moon will have 50 feet of dust on it.

I think, both of them are great posts. Not just this one, but the previous one also.