Lee Camp: Stark Raving Sane
LOGIN
Monday, December 5, 2022
Top Posts
What’s Up With the Nazi “Black Sun” Rune Wheel?
Elizabeth Clare Prophet Claimed To Be ‘Clairvoyant’
The Eightfold Path of Denial of Death
Why I Left The Radical Secular Podcast
Miss R*EVOLutionaries: Panel Discussion
Money Is Not A “Shared Fiction”
Beliefs About God Won’t Make You Moral
This Is Not Fine!
Wealth Concentration Leads to Feudalism
Is Something Unclear About What’s Wrong With America?
SUBSCRIBE
Archive 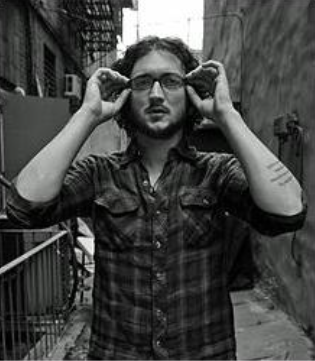 Lee Camp was born in 1980 in Bethesda, Maryland. He started writing comedy when he was 14, then got his humor columns printed in the high school literary magazine. Upon arriving at the University of VA, he won a competition to become the humor columnist for the school newspaper “The Cavalier Daily”. Camp then wrote a weekly humor column for all four years he attended the university. He began performing stand-up comedy on his 19th birthday at an open-mic night at Matt’s Pub in Richmond. He also performed regularly throughout the rest of his time at UVA university, opening for Jimmy Fallon, Darrell Hammond, Lewis Black, and Tracy Morgan.

Lee spent the following years performing three shows per night at Ha! Comedy Club, N.Y.C. and performing at between 70 and 100 colleges per year. He performed at the first five Netroots Nations as well as the 2008 Democratic National Convention.

He gained a lot of attention when he appeared on Fox News morning show Fox & Friends in 2008, when he went live on air saying “What is Fox News? It’s just a parade of propaganda, isn’t it? It’s just a…festival of ignorance.” The video clip went viral online and was viewed by millions.

He was featured running for president on Comedy Central’s “Fresh Debate ’08”, and also appeared on ABC’s “Good Morning America” that year.

Camp is a regular performer at the Montreal Just for Laughs comedy festival and the Edinburgh Fringe Festival.

Camp bears a tattoo on his left forearm, a quote from Howard Zinn, which says “Small acts, when multiplied by millions of people, can quietly become a power no government can suppress, a power than can transform the world.”