Letter to a ‘Constitutionalist’
LOGIN
Sunday, November 27, 2022
Top Posts
What’s Up With the Nazi “Black Sun” Rune Wheel?
The Eightfold Path of Denial of Death
Elizabeth Clare Prophet Claimed To Be ‘Clairvoyant’
Why I Left The Radical Secular Podcast
Miss R*EVOLutionaries: Panel Discussion
Money Is Not A “Shared Fiction”
Beliefs About God Won’t Make You Moral
This Is Not Fine!
Wealth Concentration Leads to Feudalism
Is Something Unclear About What’s Wrong With America?
SUBSCRIBE
Archive

Letter to a ‘Constitutionalist’ 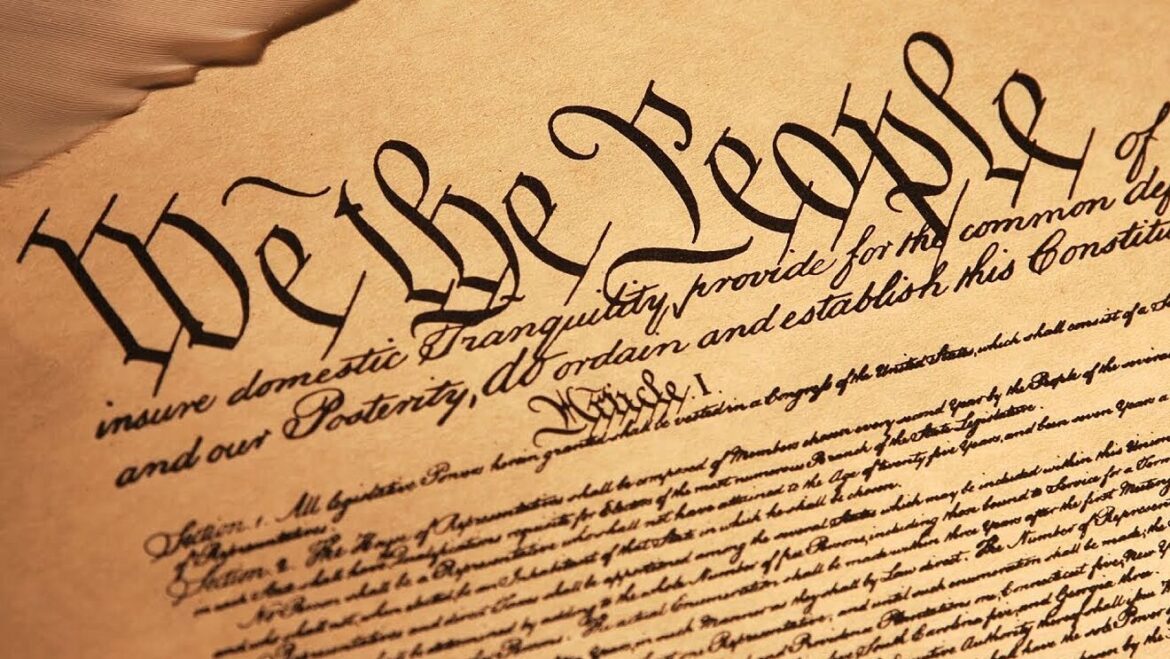 The following is excerpted from messages I exchanged with an acquaintance who calls herself a ‘Constitutionalist:’

When I hear “Constitutionalist,” it really means Constitutional fundamentalist, since no one is proposing *not* following the US Constitution (including the several hundred volumes of case law that govern its interpretation, the presence of which was ensured by the founding fathers’ creation of the Judicial branch of government.)

I have little (no) patience for these arguments and consider them the height of ignorance. This kind of thinking is destroying the world. And the United States. Utterly. So if that’s your deal, maybe you should unfriend me? Or are you just kidding about pulling out of the UN, thinking sharia law is some kind of threat in the US, and the Constitutional fundamentalism?

“Sharia law?” What are you smoking? I’m against Sharia law too, but the only people who think the US needs to “ban” it are the most rabid paranoid tea-party lunatics. Again, since the establishment clause of the, ahem, Constitution would seem to already take care of the Sharia problem–why do “Constitutionalists” seem to ignore the fact that we *already* have a government operating fully under the Constitution?

And people who want to ‘ban’ Sharia are usually also Christian dominionists who don’t like Sharia for religious reasons but would have no problem establishing Christian biblical law or putting the Ten Commandments in schools and courthouses. And such people rarely see the hypocrisy–as you probably don’t. They think the US is a “Christian” nation. Transparent madness.

And “pulling out of the UN” is utterly ridiculous. There are seven billion people in the world and the US is only about 4% of that. So, really? We should pull out of the one organization which represents the other 96% of Earth’s population? Wake up! You sound absolutely moronic, and that’s being charitable (would be if we were still in the 20th century, not the 21st). In 2011? Such views are just obscene. What kind of bubble are you living in?

…again I ask you since twice now you have refused to respond about the politics, what could be more important? How can you “put politics aside” when the “starve the beast” politics of the American tea-party constitutional fundamentalists are literally killing the planet (through resource degradation and refusal to support a climate treaty) and turning our once-great country into an indebted, oil-addicted, crumbling third-world joke? How can you? How does anyone buy into this myopic self-serving nonsense? Is it your age of 60 that makes you so callous and blind, like “I’ll be dead by the time the worst effects of climate change hit?” I mean how can anyone be so disconnected as to not consider the global impacts of decisions we’re making on a daily basis? This is the very definition of unconsciousness and it’s infuriating!

I have literally had to block and unfriend a couple of dozen people who are into this rabid right-wing stuff. How can you go through life and not see the literal war on women, children and seniors being waged in the supposed name of the Constitution? How can you not see the war on the planet being waged by bargain-hunting consumers teaming up with free-market libertarians? Small government means the country is left to be run by rapacious corporations (and their customers) which have now been allowed by the Citzens United decision to buy unlimited media and in so doing buy elections. Their agenda is to get rid of taxation, regulation, unions, and completely destroy the middle class. (They forget that in so doing, they will also destroy their customer base.)

So there is no way to “put politics aside” in any relationship as far as I’m concerned. When I started Black Sun Journal 10 years ago after September 11th, I vowed to ignore the “polite” rules of conversation which say you don’t talk about religion, politics or sex in polite company. There’s nothing else that really matters. Lives are at stake. Beliefs govern us and define our ethics. We are on the brink of an utter humanitarian crisis triggered by a crisis of democracy. Aside from green energy, restoring trust in a government-supported social contract combined with fiscal sustainability should be our absolute number-one national priority.

I will tell ______ you send your regards, though it is up to you whether I tell her you’re a constitutionalist fanatic who is participating in the destruction of our country and the world by spouting this wicked brand of politics. Are you? Or are you willing to drop this notion that the US should pull out of the UN? And that the US is not already living up to constitutional governance? And that the US is in danger of implementing Sharia law? For shame…

Everyone has the ‘right’ to their opinion, but that doesn’t mean opinions like yours don’t carry consequences. And of course I have the right to choose my friends based on their politics.

Sean Prophet (Citizen of the World)

The Energy Philosopher: Energy and Water

Can We Drill Our Way To Lower Gasoline Prices?

"Thank you" for your opinion in a "Letter to a Constitutionalist." At times, I feel isolated because of the irrationality of the current domestic political climate and the fear of devolving into a "New Feudalism." It felt "real good" to read and to KNOW that others share viewpoints that are similar to my own.

A valid question. But not as simple as it sounds. I assure you the reason prisons in Iran are over field are not because of Iranian peoples content and approval of mullahs. Every family literally has a member either lost or imprisoned by these ruthless filthy charlatans. You should consider this bit of old news while asking that question.

Who ON THIS PLANET has the LARGEST NUMBER of it's CITIZENS in PRISON…. HHHHMMMMMMMMMMM

"WASHINGTON – Tough sentencing laws, record numbers of drug offenders and high crime rates have contributed to the United States having the largest prison population and the highest rate of incarceration in the world, according to criminal justice experts.
A U.S. Justice Department report released on November 30 showed that a record 7 million people — or one in every 32 American adults — were behind bars, on probation or on parole at the end of last year. Of the total, 2.2 million were in prison or jail."

With more than 2.3 million people behind bars, the United States leads the world in both the number and percentage of residents it incarcerates, leaving far-more-populous China a distant second, according to a study by the nonpartisan Pew Center on the States.

Indeed, the United States leads the world in producing prisoners, a reflection of a relatively recent and now entirely distinctive American approach to crime and punishment. Americans are locked up for crimes — from writing bad checks to using drugs — that would rarely produce prison sentences in other countries. And in particular they are kept incarcerated far longer than prisoners in other nations.

We have a government that was designed for us to experiment with. Our constitution is not set in stone. Yes our government is fully operating under our constitution. Both good and bad example are equally powerful. George Washington said, that we should stay out of foreign affairs and just trade with people around the world. Countries have a right to design their own country to their liking. I hope you get the gist of what I am saying.

I wasn't quite finished what I wanted to say in the last article. George Washington said, that he saw many flaws in our constitution because man was not perfect. He also said our constitution could be lost, I guess depending on our own actions. The experiment must be protected.

The tea party gadsden flag always strikes me as funny. Most of those people, if confronted with a rattle snake about to strike, would shoot it.

We have a lot of divide and conquer tactics going on in our country and the world, people are used as fodder because we have been denied the truth in our schools and from ignorant parents. The people have lost their inner guide and now have a world that is so divided we could soon completely go under if we the people do not unite. We certainly have a north and south war going on in our country, which is right and left wing nonsense. Abortion is absolutely affecting our economy and the flow of energy coming from the cosmic realms. Look at what is happening to California and the extreme drought. There is cosmic law in the universe that we must follow or we will perish if we continue in this hellish nightmare. We must get back to basics. We must go within and contact celestial fire so we can unite in one mind and heart.

John Adams warned, "Our Constitution was made only for a moral and religious people. It is wholly inadequate to the government of any other."