The Energy Philosopher: Energy and Water
LOGIN
Sunday, December 4, 2022
Top Posts
What’s Up With the Nazi “Black Sun” Rune Wheel?
Elizabeth Clare Prophet Claimed To Be ‘Clairvoyant’
The Eightfold Path of Denial of Death
Why I Left The Radical Secular Podcast
Miss R*EVOLutionaries: Panel Discussion
Money Is Not A “Shared Fiction”
Beliefs About God Won’t Make You Moral
This Is Not Fine!
Wealth Concentration Leads to Feudalism
Is Something Unclear About What’s Wrong With America?
SUBSCRIBE
Archive

The Energy Philosopher: Energy and Water 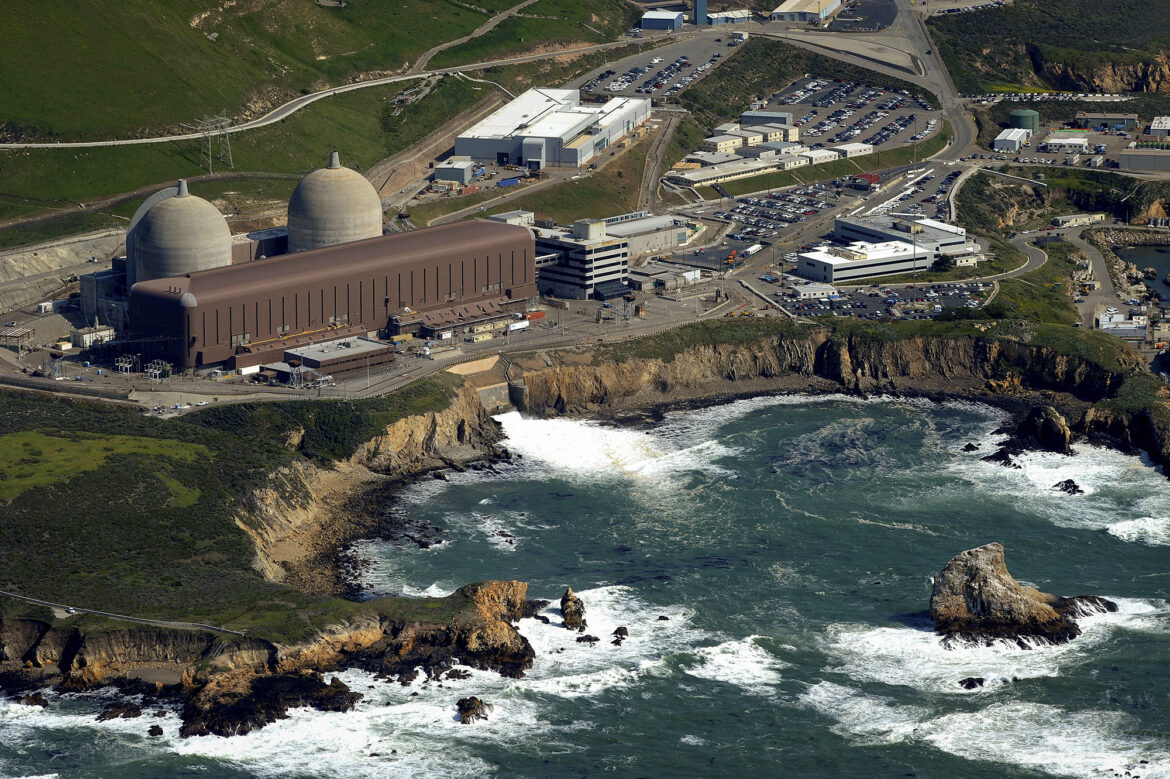 TRANSCRIPT: TEP #2
“How are energy and water related?”

Hello, friends. I’m Sean Prophet, the energy philosopher. Today I want to talk about water and how it relates to energy production and consumption. Like energy, we usually think about water when something goes wrong. It doesn’t really matter whether the problem is too much water or too little, or even the wrong kind (such as seawater, wastewater, or even radioactive water.) What we need for human survival, for crops, and for energy production is just the right amount of pure, clear and cool water in the right place at the right time. I don’t have to tell you that human beings are more than half water, with an average person containing between 30 and 40 liters. And maintaining proper hydration in our bodies is critical. Yet the National Academy of Sciences estimates that given current trends, up to a billion people will go without adequate water by 2050, especially in China and India.

About 80% of water use is agricultural. There’s a lot to say on that subject, but we’ll let the farmers worry about that for right now. What is most important to you is that when you turn on that tap you get drinkable water, and plenty of it. So lets start with the basic task of getting water to cities. In 2009, the Los Angeles Department of Water and Power, which is the largest municipal water system in the United States, delivered 200 billion gallons to our taps. Much of it had to be pumped hundreds of miles through pipes or aqueducts, the rest is from snow melt or other local sources, and it all has to be strained, carbon filtered, purified, ozonated, and chlorinated. All this processing and pumping takes an amazing amount of energy–between 2 and 3% of the entire world’s energy production is used to pump and treat municipal water.

Perhaps 1% of this water is used for direct human consumption, yet ironically the other 99% that is used for landscape irrigation, laundry, washing the car, and bathing still must meet the same exacting drinking water standards. The city of Los Angeles has some of the cleanest tap water in the world. So we need to think twice before we let the sprinklers run too long, ignore a running toilet, overfill the pool, or fail to fix a broken sprinkler head that forms a miniature geyser, making rivers of precious drinking water run down the street into the gutter. We pay too dear a price in both money and energy for this liquid gold.

I want to talk now about Lake Havasu, a major reservoir on the Colorado River for California and Arizona. Havasu is not just a lake that’s a great party spot, its Parker Dam also produces 120 MW of hydroelectric power, about one eighth as much as a large coal or nuclear power plant, with no carbon emissions. And it’s been doing so since 1938. Half of this power is used to pump water along the Colorado River Aqueduct, the other half feeds the grid. It’s an ingenious project–a zero-carbon self-pumping reservoir that’s been in operation for almost 75 years. Gotta love that. Without this water from Havasu and other sources, Los Angeles would be a desert most of the time.

So we can clearly understand that drinking water takes a lot of energy to move and treat. And it’s obvious hydroelectric power depends on full reservoirs and robust rainfalls.

What is less well known is that nearly all types of power plants consume water–lots of it. And here’s why: In order for the plant’s machinery to do useful work, it must reject heat to the environment. This is governed by the Second Law of Thermodynamics. Think of it this way: if you build a fire, you can warm yourself or cook food. It’s a straight up chemical reaction. But if you want to turn the heat from the fire into mechanical work or generate electricity, it’s a thermodynamic process requiring a cycle of expansion and condensation of a fluid. In most cases that fluid is water.

Here’s how it works:

In a thermal power plant, a heat source such as coal, natural gas, the sun or nuclear fission fires a boiler, in which water is kept under high pressure. As the steam from the boiler expands, its energy is transferred into a turbine mechanism. This process is only about ? efficient, meaning fully ? of the heat energy produced by the boiler is ultimately wasted and must be discharged into the environment. It does so as the steam condenses back into water to be recycled into the boiler. The steam condenser must be continuously cooled, or the steam won’t condense and the boiler will run out of water, the turbine will stop spinning and the power plant will shut down.

Some plants recirculate their water in cooling towers, (you know, those enormous scary-looking concrete cylinders), while others rely on rivers or the ocean. The overall thermal efficiency of the plant is determined by the temperature difference between the turbine and the cooling water. What this means is that all thermal power plants that rely on environmental cooling have higher efficiencies in the winter than they do in the summer.

During extreme heat waves or drought, thermal power plants have to scale back power production or shut down.

Jellyfish aside, power plants located on the ocean are far less vulnerable to temperature changes than those on rivers. It’s one of the reasons why Japan’s Fukushima nuclear plant was located at the shore and directly in the path of a tsunami. The irony is, the very ocean that made the plant practical and productive became its destroyer.

And this is one of the lessons of this disaster. Energy and water are forever linked. And it’s not just fossil fueled plants. Renewable energy takes water, too, from hydropower to solar thermal, even many types of geothermal wells require injection of surface water to make steam, which must then be cooled and recycled like any other thermal power plant.

The only methods of power production not dependent on natural cooling water are solar panels, and wind turbines.

Many legacy power plants designed and built for the climate 50 years ago are finding themselves operating well outside of original assumptions about water availability. Climate change is affecting rainfall patterns around the world, creating floods in some areas and droughts in others. So even if we build new thermal plants today based on current rainfall expectations, we may find things becoming very different in future decades.

My point is not to paint a picture of doom and gloom. It is simply to show that the climate does not have to change radically to have huge cascading effects on our energy system. And ironically on the hottest days when demand is highest for air conditioning, thermal power plants are more likely than ever to buckle under the load. What that means is that utilities fire up natural gas peaking plants to keep the grid running. These plants are expensive to operate, and just end up producing more CO2 and making our planetary problem worse.

This creates a huge advantage for wind power and solar photovoltaic. These renewable energy sources don’t need fuel, don’t produce CO2, and most important of all, need no water.

So this is your chance once again to cast your vote with your dollars, invest in wind and solar directly, or buy your electricity from companies that do. Invest in more efficient light bulbs and appliances. Vote for political candidates who back wind and solar, as well as high efficiency standards, smart metering, and investments in the “smart electrical grid.”

We have a huge task ahead of us, and that is to learn to live sustainably and grow the economy in harmony with natural systems. In the past hundred years, natural life-support systems all over the world have become degraded by over exploitation. Our choice couldn’t be more stark. Your future, your job, and all economic growth depends on our leaders getting their priorities straight, and putting the resources we have left to better and better use. Your understanding of the costs, benefits, and trade offs involved in every energy decision you make is key to making the right decisions, both at the personal and political level.

Thank you for watching, until next time.

The Energy Philosopher: Where Do We Go From Here?

Letter to a ‘Constitutionalist’

Hi Sean, You sure do know your stuff. I hope these episodes continue…very educational!

Much food for thought. And no–not doom? and gloom, but excellent points about what we? as individuals can do to impact the future of this planet.

Sean Great thoughts! If 5% of the population to think like you, the situation on the ground would be better!

Now I know how complicated and lengthy the processes are before a water becomes safe to drink. I wonder though if you could also explain how wilson hot water works? It seems like it's one of the things that I'm so curious to knowing after reading this article.

Sean Great thoughts! If 5of% the population to think like you, the situation on the ground would be better!

Most people do know that water is a conductor of energy and energy is the almighty.