9.11 Anniversary Filled With Moral Illusions
LOGIN
Thursday, February 2, 2023
Top Posts
Elizabeth Clare Prophet Claimed To Be ‘Clairvoyant’
What’s Up With the Nazi “Black Sun” Rune Wheel?
The Eightfold Path of Denial of Death
Miss R*EVOLutionaries: Panel Discussion
Why I Left The Radical Secular Podcast
Money Is Not A “Shared Fiction”
Beliefs About God Won’t Make You Moral
This Is Not Fine!
The Most Consequential Social Difference Between American Christians And Atheists
Is Something Unclear About What’s Wrong With America?
SUBSCRIBE
Archive

We can support both secularism and freedom of expression 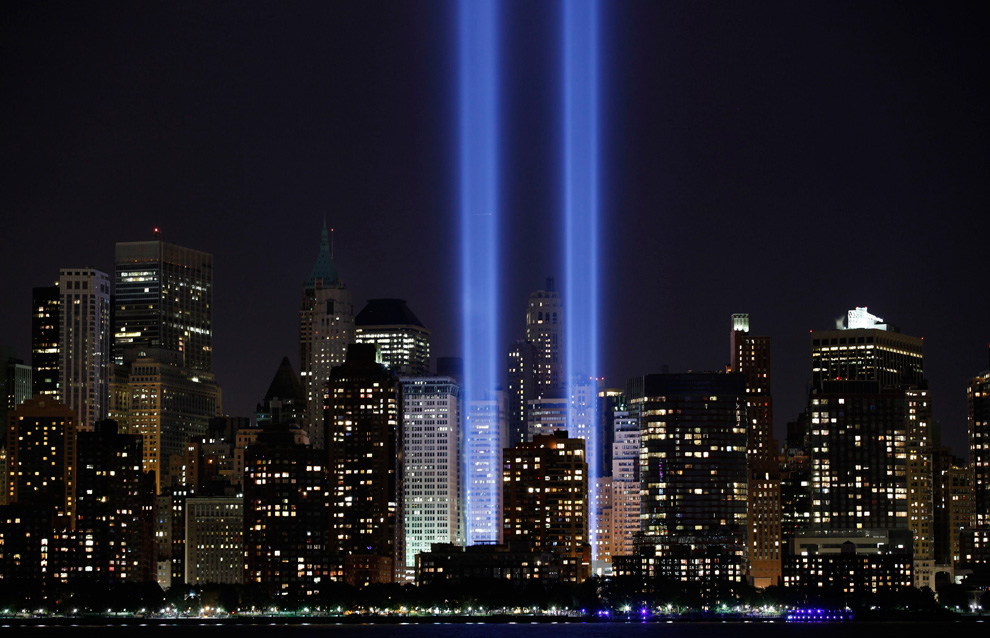 [The human] moral sense licenses aggression against others as a way to prevent or punish immoral acts. That is fine when the act deemed immoral truly is immoral by any standard, such as rape and murder, and when the aggression is meted out fairly and serves as a deterrent…the human moral sense is not guaranteed to pick out those acts as the targets of its righteous indignation. The moral sense is a gadget, like stereo vision or intuitions about numbers. It is an assembly of neural circuits cobbled together from older parts of the primate brain and shaped by natural selection to do a job. That does not mean that morality is a figment of our imagination, any more than the evolution of depth perception means that 3-D space is a figment of our imagination. But it does mean that the moral sense is laden with quirks and prone to systematic error–moral illusions, as it were–just like our other faculties. –Steven Pinker, The Blank Slate

Moral panic gripped America this summer, over plans for the “Park 51” or “Cordoba House” mosque two blocks from the World Trade Center. Then the other shoe dropped, as self-styled ‘pastor’ Terry Jones gained worldwide notoriety by declaring 9.11.10 to be “International Burn A Koran Day.”

These stories have been terribly over-covered. What I’m interested in finding is some clarity. To be blunt, nearly everyone in this debate is positively choking on their own illusions:

The main organization behind the anti-mosque movement is SIOA (Stop Islamization of America), which claims to be “a human rights organization dedicated to freedom of speech, religious liberty, and individual rights; no special rights for special classes.” Which would be great, unless you happen to be Muslim.

Imam Rauf, the developer of Park 51, fed the flames of right-wing panic by having said in a speech in 2005 that the “the United States has more Muslim blood on its hands than Al Qaeda has on its hands of innocent non-Muslims.” Even if arguably true, the acts of 9.11.01 were a clear declaration of warfare by radical Islamists against the USA. Not only did they call for a response, but they forever changed US rules of military engagement. American policy has since supported both pre-emptive war and the inflicting of collateral damage (though the military takes great pains to avoid it). Rauf ignores the reality that there’s a huge moral difference between accidental killing of civilians and deliberate targeting.

Then there’s Terry Jones, poster child for the zany American religious far-right, (and ideological cousin of Fred Phelps of “God Hates Fags” fame). Jones claimed on signs and T-shirts that “Islam is of the Devil.” How would Jones know, since he admitted to not having read the Quran? And aside from “I don’t like it,” what does “of the Devil” even mean? One thing’s for sure, Jones knew how to attract worldwide attention.

President Obama, Hillary Clinton and General Petraeus made a grave, grave strategic error by granting the spectacle created by a fringe preacher the moral standing to affect the lives of US soldiers or change the outcome of the war in Afghanistan. Three prominent global figures have now endorsed the idea that not only is Muslim violence as a response to Quran burning inevitable, so is the spilling of American blood!

Oy, oy, oy. This debate or debacle (or whatever you want to call it) is full of ironies, mismatches and illusions.

Let’s take the most obvious falsehood from President Obama’s remembrance speech today at the Pentagon: “but as Americans we are not — and never will be — at war with Islam.  It was not a religion that attacked us that September day — it was al Qaeda, a sorry band of men which pervert[ed] religion.” Wrong! Passages in the Quran demand Jihad against infidels. And substantial numbers of adherents to Islam follow those dictates. And they continue to do it in spite of widespread moderate Muslim condemnation. President Obama’s remarks are a form of the “no true Scotsman” fallacy. He also ignores that even non-violent Muslims have continued to call for the replacement of secular law in Western governments–and the implementation of Shariah ‘law.’

It’s tragic that President Obama decided to let Muslims off the hook for their radicals, while implying that a Christian radical could somehow represent all Americans!

What Obama should have said today is: “we are at war with an ideologically-driven non-state actor whose political goal is the destruction of secularism.” That would have been both accurate and damning to the cause of Al Qaeda, and it would have sent a message to the so-called ‘moderate’ advocates of Shariah.

Now, onto the question of Quran burning, which is subsumed under the greater conflict between freedom of religion and freedom of expression. This simmering human-rights imbroglio continues every year in the United Nations, where the OIC (Organizaton of the Islamic Conference) has tried, somewhat successfully, to get the UN to adopt language prohibiting the “defamation of religion.”

And this is no idle threat. We in the USA take for granted our protections for such expressions as book-burning or flag-burning, which cannot be made illegal under our constitution. But Europe has gone further down the road of prohibiting so-called hate-speech against religion. And it’s not a result anyone should be proud of. Right-wing anti-Islamic politician Geert Wilders has found himself in the position of being unable to travel to the UK, based solely on his public statements. Whatever I may think about Wilders, is that the kind of suppressive global legal human rights framework we want?

Let me clarify that I don’t necessarily condone either book-burning or flag-burning. It all depends on the motivation. In ages past, religious censors, kings, governments and demagogues burned books to suppress knowledge. Today, book-burning is purely a symbolic act of protest, since no one would argue (in the age of the internet) that any writings were actually being destroyed or diminished in availability in any way. So book or flag burning may be distasteful, but as an act of protest it’s not anti-intellectual, and it should never be illegal.

Still, Terry Jones is clearly a self-aggrandizing maniac, and one wonders what could be done to stop him from an act that because of media attention risked provoking worldwide Muslim outrage. As it turned out, presidential persuasion did its job and he backed down.

But was that wise? Isn’t protest and passionate debate exactly what our Constitution is supposed to allow? Doesn’t Jones have the right to his expression, however misguided, on American soil? Isn’t that freedom what was attacked on 9.11.01? Hasn’t Al Qaeda already sworn enmity with the US? Doesn’t the Afghan Taliban already portray the US as an anti-Islamic villain in every way possible? Don’t Muslims worldwide already riot and burn American flags?

Every few months we seem to go through this debate, and every few months, the values of free-expression take a back seat to protecting oh-so-sensitive-and-easily-offended Muslims. Whether it’s South Park, Danish cartoons, or symbolic book-burning, Western cultures have repeatedly self-censored. In so doing, we have granted radical Islam and Shariah a firm foothold. Many on the left support this under the moral illusion of “religious tolerance” or “respect.”

They couldn’t be more wrong.

Religious tolerance includes allowing law-abiding Muslims to build a mosque where they want on property they own. And making sure that they can freely practice their religion in a manner consistent with civil law. It does not, however, include allowing them to curtail freedom of expression.

American Xenophobia is Nothing New

From what I understand, Mr. Jones's point was to demonstrate that Islam is a religion suffused with violence, as you also point out. I have to hand it to him that he has demonstrated his point in spades, with even the threat of his action provoking "outrage" and demonstrations, etc. among muslims. So, though he is a nutjob as far as we can tell, in this instance, there was some reason to the madness.

I agree, though it's too bad he's such a Christian ideologue. I'm waiting for someone who's using Quran-burning as a statement of rational critique of Islam (rather than promoting Christianity) to get that kind of publicity.

"Rauf ignores the reality that there’s a huge moral difference between accidental killing of civilians and deliberate targeting."

The bombs we drop are quite deliberately targeted, too. If a criminal stood next to you, and I dropped a bomb that engulfed you in the fireball, you are not accidentally killed. That's purposeful. To call it accidental is dishonest spin.

I agree with your quibble. The reason the wars are not goinig well among other reasons is we've killed to many civillians. It seems we,ve only realized this recently. We went in not even knowing the customs like they fire their guns at weddings . We,ve wipped out entire wedding parties from the sky thinking they were firing at us when they were celebrating.

just had to add that the Salem witch trials happened because of what is written in The Book called the same in Latin The Bible…."burn the witches…" don't remember which part it says. All so called Holy Books have so much cruelty & creepiness in them. Religion isn't civilized or loving teachings. Religion has proven that over & over again. There's just something going on with us brain wise, mentally & emotionally as beings of Nature….