American Xenophobia is Nothing New
LOGIN
Sunday, December 4, 2022
Top Posts
What’s Up With the Nazi “Black Sun” Rune Wheel?
Elizabeth Clare Prophet Claimed To Be ‘Clairvoyant’
The Eightfold Path of Denial of Death
Why I Left The Radical Secular Podcast
Miss R*EVOLutionaries: Panel Discussion
Money Is Not A “Shared Fiction”
Beliefs About God Won’t Make You Moral
This Is Not Fine!
Wealth Concentration Leads to Feudalism
Is Something Unclear About What’s Wrong With America?
SUBSCRIBE
Archive

American Xenophobia is Nothing New

Many European ancestors of today's xenophobes, were once persecuted 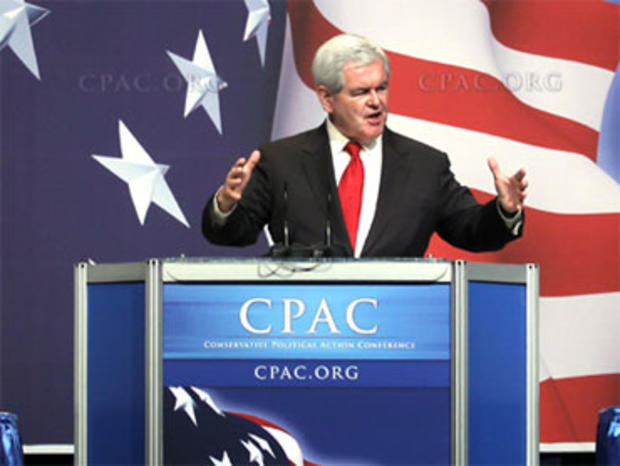 This is more than just old history because Gingrich drew the historical parallel between “radical Islamists” and both the ‘Nazis’ and the ‘Japanese.’ The slipperiness in his comments is that if he had just intended to designate just the political ideology and movement rather than all one billion plus Muslims on the planet he picked an especially poor target. After all, no Islamist terrorist group is attempting to build a house of worship in lower Manhattan. They are just Muslims. Gingrich seems to want to have it both ways.

Similarly convenient ambiguities characterize other contemporary expressions of xenophobia in America. Are the politicians demanding state and local enforcement of immigration laws or arguing for chopping up the 14th Amendment worried by undocumented immigrants or are they appealing to anti-Hispanic sentiment? Is the conspiracism of the Birthers an expression of actual concern about Barack Obama’s nationality or hysteria at having lost control of the White House to someone who is not white?

American history is punctuated by eruptions of xenophobic nationalism.  Religious bigotry and economic insecurity made Roman Catholic Irish and German immigrants the targets in the decades before the American Civil War. Racism and economic insecurity made Chinese immigrants and African Americans targets in the decades that followed. The historical eruption of xenophobia that most resembles what we see today occurred during the First World War and the immediate postwar years.

Although forgotten by most Americans, including most of the descendants of the victims, German immigrants and ethnic German-Americans were subjected to official repression and populist hate when the administration of Woodrow Wilson marched the United States into the First World War, a decision that was deeply unpopular with many Americans. Members of the 100,000 strong American Protective League monitored their German American neighbors for signs of antiwar sympathy. German American community leaders were publicly humiliated by mobs. One poor German immigrant was lynched by in mob in Colinsville, Illinois. State and local governments spent a surprising amount of effort targeting German language and culture for repression. German language newspapers and schools were closed. Public libraries purged their shelves of books published in German. Some 27 states passed laws prohibiting teaching German language or teaching other subjects in German. In April 1919, some five months after the end of the war, Nebraska authorities went so far as to enforce a state statute forbidding instruction in German by arresting and fining a Missouri Synod Lutheran Sunday School teacher for telling his class Bible stories in the forbidden tongue. Even the U.S. Supreme Court of the period, so bitterly conservative that it affirmed the constitutionality of long prison sentences by state courts for membership in a communist party or the distribution of antiwar leaflets by anarchists, found that Nebraska had gone a little too far.

Imperial Germany was not the existential threat to the United States that it was portrayed in the press at the time. Neither are radical Islamism and the Mexican drug cartels today. Despite the tendency toward instant panic the United States remains remarkably secure from anything other than a nuclear attack carried out by another nuclear weapons state and that has become very unlikely since the end of the Cold War. German Americans were not a major domestic threat to national security during the First World War as they were portrayed in the press at the time. Neither are American Muslims or Hispanic Americans today. Populists exploited fear, ignorance and selfishness about minorities then, just as they do today.

What is different between now and the period when German Americans were subjected to a xenophobic frenzy is that the White House is not complicit. Where the Wilson administration was irresponsible, the Obama administration has not encouraged xenophobia to divert public attention from the rotten economy and two seemingly endless wars, although it could be doing more to discourage the viciousness.

However the potential of Islamophobia and Hispanophobia for mobilizing voters has been recognized by several of the Republican 2012 presidential hopefuls. As the 1988 campaign of George H.W. Bush showed with the Willie Horton television advertisements putatively about violent crime but actually about race, the fear and hate that drive bigotry can get you elected president in America. That matters because successful campaign themes are often reflected in subsequent policy making.

That the temptation to exchange patriotism for nationalism is most intense when Americans confront an economic crisis or an unpopular war is no surprise. Where patriotism is hard, nationalism is easy. Loyalty to a state based upon commitment to ideals like liberty, equality and democracy demands more from people than claiming membership in a nation that is defined by exclusive identity markers like language, religion and race. Where patriots are responsible for drawing boundaries around a political community to include everyone who lives and works in society, nationalists are free to insist on arbitrary boundaries drawn around a narrow political community based on privileged belief or descent. The primitive in-group/out-group impulse is never far beneath the surface of human motivation and nationalist demagogues are always ready to take advantage of it. With Americans anxious about the worst economic downturn since the Great Depression and two of the longest and least conclusive wars in our history, it is unsurprising that some Americans have succumbed to the temptation. The irony is that so many of them are the descendants of people who were themselves subjected to same behavior in the 19th and 20th centuries.

The history of US bigotry is very long and harsh.
As an old saying goes….
Want to find out how honest and trusting the Americans are???
Ask an American Indian!! In other words they aren't.
Individually we can be very nice, but as a group you have to carefully pick the right group.
And Newt is an idiot….there are japanese people with buildings and business around Pearl Harbor.
There are no Nazis, just good xtian german people who followed the xtian doctrine but lost, and they do have buildings and businesses near the Holocaust museum.

Great article Sean, I think Fox news and the Republicans will milk this for all it's worth because they want to win the midterm elections and 2012 presidential. PS I think it's a community building [ with a prayer room] not a Mosque and I don't think it's at ground zero, I think it's about two and a half blocks away.

LEP…you are either making a backward joke comment or you are a racist-religious-political bigot.
Being 'mulatto' means nothing, being muslim is as bad as being xtian so it don't matter.
Marxist?? PPLLeeease!!!! His capitalism is so thick it hurts.

Populism is the evil step-sister of democracy. Those without the energy to study and reflect on the issues of the day and then engage in a civil manner with their fellows find the easy answers of populist demagoguery too tempting to deny. The strength of our nation lies in the civil erudition of its populace. If we are not capable of any degree of discrimination then we will fall back on the strength of our prejudices however ignorant or malicious they are. Real patriotism is an ideal that individuals strive, often failingly, to live up to. It is not a pin that one wears on one's lapel or a bumper sticker that one affixes to one's bumper.

Professor Hickman has taken a logical, historical look at our national episodes of xenophobia, and we are better informed for it. Unfortunately, many of our fellow citizens are content–comfortable, even–being played by the conservative media and cynical politicians who gain strength from our divisions and prejudices.

It’s another sorry episode where rights, logic and dignity are trampled for a few votes and a particular jingoism where we feel better when we make others feel worse.

Your personal article, “Black Sun Journal ? American
Xenophobia is Nothing New” was worth commenting
down here in the comment section! Really desired to state u did a terrific work.
Thanks for your time ,Mindy