Never Expect Good Advice From A Believer
LOGIN
Sunday, November 27, 2022
Top Posts
What’s Up With the Nazi “Black Sun” Rune Wheel?
The Eightfold Path of Denial of Death
Elizabeth Clare Prophet Claimed To Be ‘Clairvoyant’
Why I Left The Radical Secular Podcast
Miss R*EVOLutionaries: Panel Discussion
Money Is Not A “Shared Fiction”
Beliefs About God Won’t Make You Moral
This Is Not Fine!
Wealth Concentration Leads to Feudalism
Is Something Unclear About What’s Wrong With America?
SUBSCRIBE
Archive 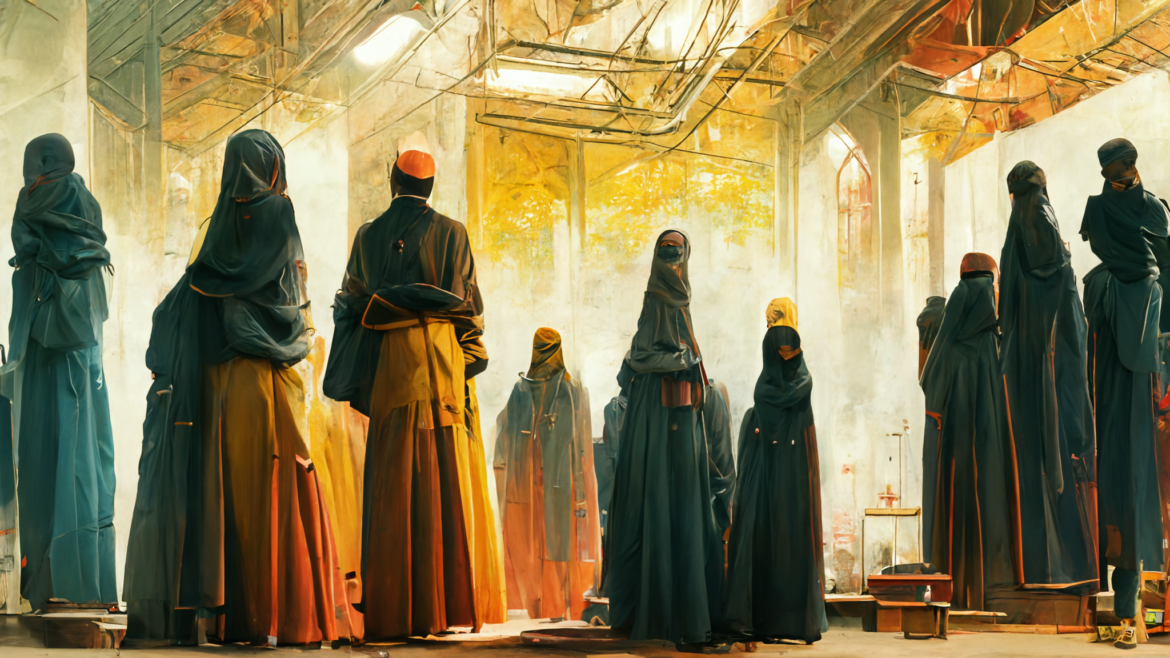 I always have great sympathy for closeted atheists and agnostics.They are forced to dance between their true feelings, questions and knowledge, and the specter of an unpleasant fragmenting of their social circle should those become known. So they go along to get along, propping up ideological nonsense, getting up for church on Sunday when they could be sleeping or having guilt-free sex and perhaps a late-morning brunch.

This is how one African American at Salon’s advice column described his dilemma:

I am an African-American male who, after several years of being a conservative, evangelical Christian, now considers myself to be a “Jesus-admiring, agnostic humanist” who also attends weekly church services at a predominantly African-American Missionary Baptist congregation with my conservative Christian wife.

In light of this, I have long agonized over the idea of announcing my philosophical position to my Christian spouse, family and friends. I feel that I am now at a point where I must make a declaration that will surely affect those who are close to me. My loved ones have long suspected that there was something “different” about my approach to spiritual subjects, but up until now I have successfully hidden my true thoughts, philosophical developments and feelings from them.

With every Sunday that I sit in a church that would likely condemn my kind, I feel like I am betraying my potential and misleading my spouse.

With every public prayer uttered “in Jesus’ name” I feel like I am living a lie.

With every in-depth discussion about religious and social topics, I use evasive humor and agile commentary to distract my conversation partners — fearing that a sustained encounter would lead to the exposure of my controversial religious and philosophical views.

But one can only do this for so long before wondering if such attempts to suppress one’s true self for fear of offending the sensibilities of others is really worth it.

One of the principles of “coming out” is the presumption of innocence — that we are innocent of our own existence, that we did not make ourselves and we did not make the world, and that in revealing who we are and what we see, we simply reveal what is already there. We are not confessing to a crime. We are revealing our existence.

What we ask for in doing so is simple recognition: We desire to be seen. We put aside for the time being the question of our effect on others. We leave it up to others what they should do about who we are.

That does not mean they will do what we want. If we have been sufficiently skillful in constructing our false self, those who love us may indeed love this false self, and may greet with consternation the arrival of what we consider to be our authentic self.

So in coming out we ask, Can you still love me, knowing who I am?

Perhaps the answer is no. Perhaps our partner has fallen in love with the character of our creation.

So you risk a lot. But you risk it for the biggest prize of all: to be loved for who you really are.

Now comes the clincher. After telling the letter writer that he should be courageous and win the “prize” of being who he really is, he essentially tells him no matter what he thinks or believes, it doesn’t matter:

May I say one thing regarding my own perhaps crazy beliefs on the subject? I really believe it is possible that a grace exists in the universe that in caring for you and saving you does not care one whit whether you believe in it or not, and does not care what you think is true: a grace whose intelligence is so freely boundless and beyond us that whatever we think of it does not even occur to it, or occurs to it the way the consternation of a dog occurs to us when we bathe it. We take note of the consternation of the dog but we do not find it persuasive; we already know what we’re going to do with the dog. We’re going to bathe the dog.

I just had to say that. Good luck with your loved ones.

This parting shot is a typical dose of believer condescension, and if he’s really paying attention to the advice, it will leave the man more confused than before. Indeed, why take the step of questioning or doubting your faith if the universe is filled with grace whether we believe it or not?

I find the condescension of “spiritual” believers to be almost more suffocating than the fundamentalism of literalist churches. At least the fundies have their scriptures to fall back on–not this contemptible worship of their own personal “feelings.” So here’s my response:

I’m a little late to the party, so this may already have been covered. But Cary, dammit, why did you have to throw your little personal believer condescension in at the end? Your advice was really good up to that point.

Then you had to regurgitate your version of “God exists whether we believe in him or not.” Essentially telling the LW he was full of crap and loved by the sky-daddy at the same time. Way to contradict yourself!

This is the problem we atheists and agnostics face every day. People look at us with “knowing” glances, as if we are wounded or somehow need to be let in on the cosmic joke. In fact, we have made a very conscious choice to not live our lives as if there was some grand intelligence or plan, and finding the courage to face the reality of feeling alone in the universe is difficult enough without being constantly told that “it’s OK, God even loves the atheists.”

The man asked you how to handle his doubts, both socially and internally, and you essentially accused him of being naive. He was crying out to you for a lifeline, and though you advised him to be his authentic self, you just compounded his dilemma!

He was trying to make it OK to not know, to question and to wonder. Instead you had to tell him you actually do in fact know, (hiding behind the disclaimer “I might be crazy, but I think it’s possible”) the universe has a spirit that takes care of you, that’s going to bathe you in love (like a dog), and it doesn’t matter about those pesky doubts. How sickeningly smug all spiritual believers are, whether explicitly religious or not!

Let me turn this around to show you how it feels–what a true agnostic or atheist actually has to come to terms with–a journey you seem to fail to grasp, a question you seem loathe to face:

“Cary, I really think it’s possible that the universe is a totally indifferent and inhospitable place, it’s so vast and beyond our comprehension that it just doesn’t care what kind of teleology or spiritual identity we might wish to dream up. We remain bathed in the pointless randomness of our short lives on a tiny planet. And we must create whatever meaning we want for ourselves, by ourselves.”

‘Honor’-Driven Beheading is Not “Domestic Violence”

Dark Greens and the ‘Consumerism’ Canard

And they accuse us of being arrogant.

I feel much better now.

Great article and awesome response, Sean! Love that last paragraph! You actually gave this guy a virtual reality encounter with the universe as it is/atheism. If he is intelligent enough, this leap will bring him to his knees to face his death NOW, have his rebirth, and really start LIVING! Yes… awaken to the profound reality of THAT! Hallelujah! Awesome. Lucky guy, IF he dares to enter in to the thought. At the very least, lets hope the letter writer gets your comment to help ratify his position. I would venture to say that he has figured it out on his own. This columnist is, like he himself told us… very obviously crazy.

hmmmmmmmmm… and perhaps there is way to get someone (a god believer) to enter into the meditation upon that last paragraph… to see what that truly does to the individual's psyche. I suggest it is the most empowering, compassionate meditation there is.

I agree, it's a great article.
Of interest is how Cary equates the enquirer with a dog. An ill disguised desire to establish a pecking order?
I see it as a need to "win" the argument. An argument which was not presented by the advice seeker in the first place. The AA enquirer did not ask if grace existed or if it would give him a flea bath.
Although I am easy going by nature, it pleases me to see this sickly condescension, the holier than thou, you-must-have-had-a-bad-experience-at-another-church- type language identified and dismembered.

Perfect response, Sean! I always enjoy seeing this kind of smackdown. A believer preaches (in effect that's what Cary's doing, preaching the truth of his Own Personal Experience) with the appearance of reaching out to another in need, when actually he's just solidifying his own beliefs in his own mind by speaking them out loud in the presence of an "uncomprehending" witness. Cary must have gotten the warm fuzzies as he wrote that last paragraph. Like the end of a Touched By An Angel episode.