Conspiracy Theories Only Have One Solution: Accept The Evidence
LOGIN
Monday, December 5, 2022
Top Posts
What’s Up With the Nazi “Black Sun” Rune Wheel?
Elizabeth Clare Prophet Claimed To Be ‘Clairvoyant’
The Eightfold Path of Denial of Death
Why I Left The Radical Secular Podcast
Miss R*EVOLutionaries: Panel Discussion
Money Is Not A “Shared Fiction”
Beliefs About God Won’t Make You Moral
This Is Not Fine!
Wealth Concentration Leads to Feudalism
Is Something Unclear About What’s Wrong With America?
SUBSCRIBE
Archive

Home Climate Conspiracy Theories Only Have One Solution: Accept The Evidence

Conspiracy Theories Only Have One Solution: Accept The Evidence 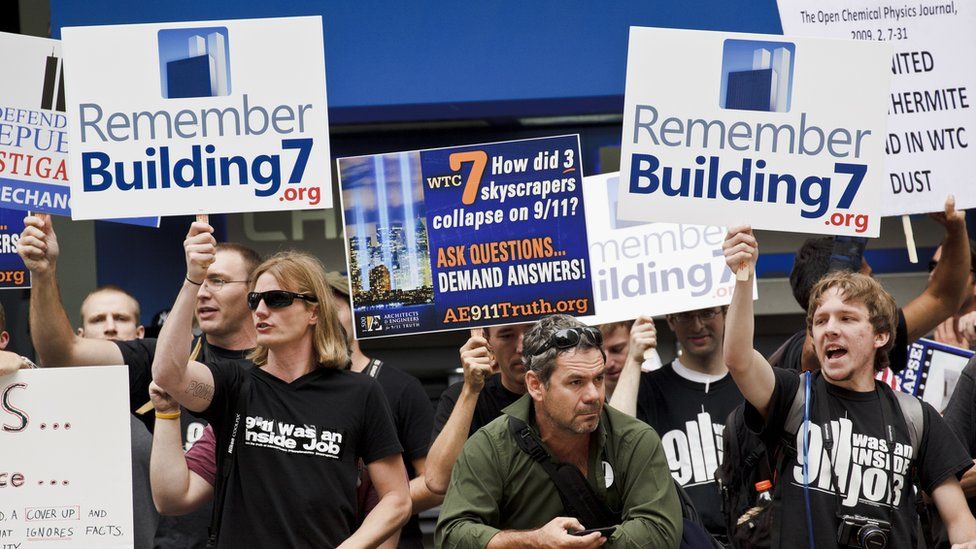 I received an email taking me to task for comparing the 9/11 truthers with climate change deniers.The correspondent claimed that while climate science was solid, the 9/11 truthers might just have a point. Following is my reply:

I have no problem accepting that monumental things happen for reasons or motivations that are hidden. In fact I think most historical events are driven by forces which are not apparent. In power literature (Machiavelli, 48 Laws of Power, etc.) one of the overriding themes is that schemes succeed in inverse proportion to the number of people who know about them. In other words, don’t talk about your secret evil plans. We all have them, and sometimes we’re not even aware of them.

Whether 9/11 was a conspiracy or whether it was a genuine attack is to me less important than how the aftermath was handled. A decent president would have retaliated directly against the specific groups implicated and not started a wider war. He also would have stood up to the Saudis. But the Iraq War goes along with the military-industrial complex theories. Same result whether the attack was an inside job or not. The purse strings were released. It was Saudis from Al Qaeda who were on the planes. Someone paid and organized them. Those someone(s) were hiding and training in Afghanistan, and had funding sources in Saudi Arabia. We should have gone after them and them alone.

I see history as opportunistic. Often times great change is ushered in by random events–human caused or otherwise. It’s more about the dynamic network effects of an event that change the culture. Like how perception of the business climate is causing a self-reinforcing downturn. It would be much less pronounced if people didn’t have the bunker mentality.

Beware of the human tendency to create patterns where there are none. Philosopher Dr. Daniel Dennett calls this the Hyperactive Agent Detection Device. It’s an outgrowth of the social brain, and the need for humans to keep track of higher order intentionality between individuals. It’s why we become overly sensitive to people’s motives and biases. Remember a bias may affect someone’s position, or it may not. People often attack studies just because of funding sources. But we need to focus on the actual data. A drug company funded study could be right, wrong, or incomplete. It’s easy to jump on bias, hard to actually examine the results yourself.

So motivation by itself doesn’t prove anything. Only that we need due diligence.

Also, hard times and confusion increase both religious and conspiracy thinking. It’s like when people feel out of control, they need something to latch onto, even if it’s wrong or a fantasy. My analysis of the 9/11 conspiracy is that it is more comforting for people to believe that some vicious people had infiltrated our government at the top, than we were so badly beaten by a few losers with box cutters. Really, I think this is true, because it preserves the illusion that we have a strong military and government that could protect us, if only it would. Rather than recognizing we face real danger from terror attacks, and that next time it could be nuclear or biological and our government is basically powerless to stop it.

That’s a hell of a lot more frightening than thinking 9/11 was an inside job. The conspiracy provides the comforting illusion of control.

I still say that conspiracy theories and religion are two sides of a coin. And I don’t see a problem grouping them, because they represent the worst of human cognitive pathology. Rational thought is the most difficult, and we’re not well designed for it. Part of being rational involves assigning probabilities and being satisfied with unknowns. You’re right that maybe there’s a vanishingly small chance that the moon landings were faked. But that possibility can’t be taken in isolation. It would mean that thousands of people working for the government and in private industry would all have to be lying, and that no one would have come out with a book or other expose. Given all the leaks, it’s virtually impossible. I mean, where did the rockets go, for example? Just to orbit and then back? What about Apollo 13, just a sham cooked up? That takes some freaking phenomenal hubris and imagination to come up with a near-disaster scenario and then recover from it, just to manipulate the population. I mean can you see NASA being that fraudulent? It just strains all credibility to the breaking point.

While maintaining that Humean radical skepticism is good for scientists and philosophers, for day to day existence we rely on heuristics which simply the calculus. So though you may be technically correct about the possibility of fraud in the building collapse scenarios, you would be incorrect the closer you got to the actual data.

I pored over the NIST report, which was done in 2002, by the way. There’s no problem with the speed of the collapse. It’s perfectly consistent with the physics.

What I see as a worse problem, though is the idea that we trust engineers to build buildings, bridges, planes, etc. We put our lives in their hands on a daily basis. Several years have gone by in the last decade with no commercial air fatalities. Very few buildings or bridges ever collapse. So engineers generally deserve our trust. When stuff does fail, it’s usually the contractors at fault, not the engineers. Yet when they crank out an analysis that we find counter-intuitive, even if it’s backed up by multiple sources, we see no problem in questioning it. That’s just not logical.

Progressive collapse involved so much momentum that for all intents and purposes, the steel in the building was not even a factor. Each floor was designed to hold three times its weight. What that means is that once more than two higher floors were sitting on top of a lower floor it was going to give way. Then you have a dynamic situation, a set of falling concrete slabs–not just weight, but in actual motion. So the free-fall speed was completely to be expected. But a non-engineer wouldn’t understand how once you get beyond say 10 or 100 times the force the columns were supposed to withstand, they sheared like cardboard or paper. No effective resistance at all.

Explaining detailed subjects to laypersons has always been problematic. Most of the time it doesn’t matter, but when a subject like 9/11 has such an important bearing on international politics, suddenly everyone’s an expert. Same with global warming. It’s amazing how many people with absolutely no training will immediately start holding forth on ice-cores, sunspots, natural carbon sinks, volcanoes, water vapor as a greenhouse gas, etc.

Bottom line? They don’t even know enough to talk about it. Period. Period. Period. Nor do the 9/11 truthers. They just don’t know. That overwhelms any possible merit to their arguments. We have to rank credibility somehow, and professional scientific organizations are a good place to start. That doesn’t mean blindly trusting authority. But it means that authority does carry a good deal of weight.

Because you or I are uncertain doesn’t mean the question doesn’t have an answer. We can’t use lack of 100% certainty as an excuse for not being pragmatic. We have to set limits on skepticism and choose our battles. That’s rationality.

From that standpoint, 9/11 conspiracies (of the controlled demolition variety, not the “Cheney knew” variety) are basically 99.999% certain to be hot air. Anthropogenic climate change has also basically been 99.999% proved beyond a shadow of a doubt.

Only the Pyromaniacs Oppose Sustainability

So, How Thirsty Do You Have To Be?

Cool. I guess I should probably have left off the last three digits and said 99%, but you get what I'm driving at. Once we make a decision based on our best rational analysis, we still keep open to new information, but move on to other questions where the uncertainty is greater.

I think you are vastly overstating the level of certainty of global warming. I am all but absolutely certain that global warming is the position of the majority of scientists in the relevant field. However, the IPCC report talked about a greater than 90% chance that they are right. I'm willing to take their findings seriously, and I'm not willing to state more certainty than they claim to have. Also global warming skepticism is accepted by a large number of scientists (but still a minuscule percentage.) I know just how little this means, but this drop in the bucket is one drop more than a true conspiracy theory like 9/11 truthers.

Thank you for painstakingly going through the process of breaking this down. For those of us who are not trained in critical thinking to this degree, it is a guide as to why we 'know' these theories are extreme. It also reveals that amazing phenomenon of the mind that takes that small percentage of probability linked with the wildly untethered imagination chained to people's projection of the dark side which creates such theories. Powerful… and unfortunately, scary.

We can have meaningful discussions as to the degree of climate change, but not that it's happening. IPCC was a good first step, but seriously watered down from the cutting-edge science. Just yesterday, still another article came out about the underestimation of the sea-level rise. We have to understand that with uncertainty, the situation could be better than we think, or worse than we think.