CUT Sells Grazing Rights to Raise Cash
LOGIN
Sunday, December 4, 2022
Top Posts
What’s Up With the Nazi “Black Sun” Rune Wheel?
Elizabeth Clare Prophet Claimed To Be ‘Clairvoyant’
The Eightfold Path of Denial of Death
Why I Left The Radical Secular Podcast
Miss R*EVOLutionaries: Panel Discussion
Money Is Not A “Shared Fiction”
Beliefs About God Won’t Make You Moral
This Is Not Fine!
Wealth Concentration Leads to Feudalism
Is Something Unclear About What’s Wrong With America?
SUBSCRIBE
Archive 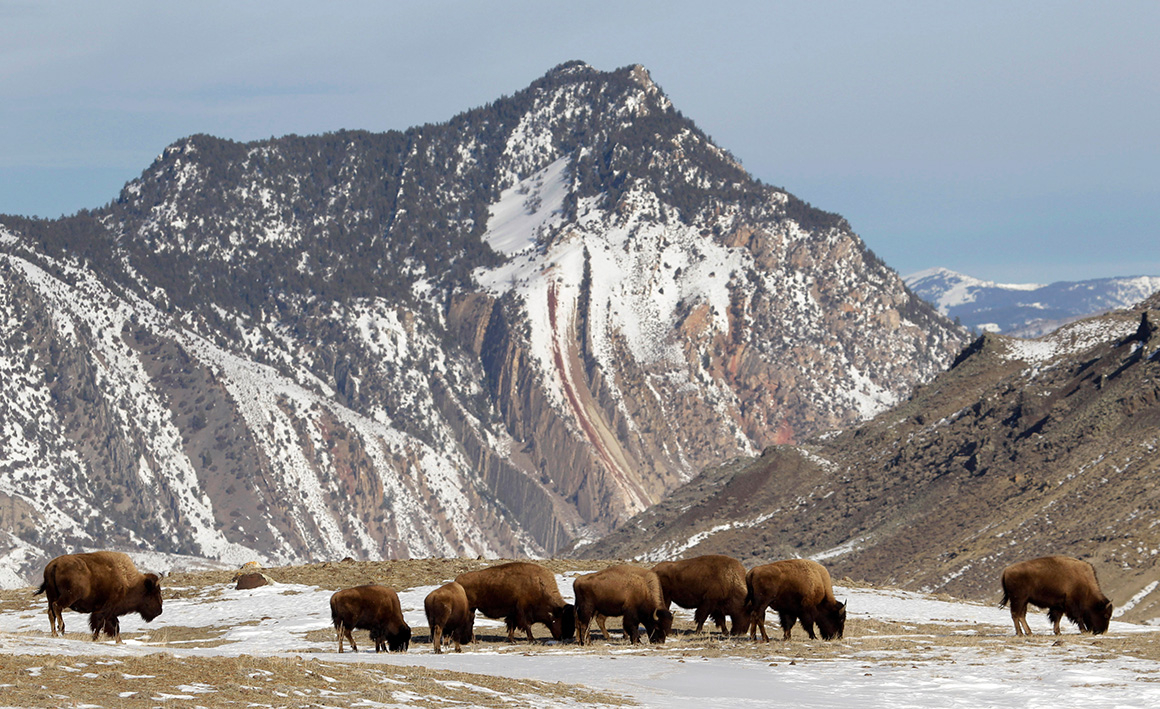 The AP is running a story about bison migration near Yellowstone Park.Bison have routinely left the park each winter in search of forage. Because many of them are infected with brucellosis, a disease which causes cattle to abort their calves, hunting permits have been issued annually to cull the herd and prevent them from moving further from the park where they could threaten livestock.

The Church Universal and Triumphant’s Royal Teton Ranch abuts the north entrance to Yellowstone, which has placed the church squarely in the middle of the situation, with the bison often slaughtered in large numbers on or near church property. This problem has been festering since at least the 1980s, with nationally televised images of America’s favorite range animals being gunned down.

The agreement calls for a corridor to be built through CUT’s property to allow the bison to reach a protected area outside the park.

The plan adopted Wednesday allows an unlimited number of bison to stay, during the winter, on about 10,000 acres west of Yellowstone, an area known as Horse Butte. The animals would not have to be tested for brucellosis.

To the north of the park, a smaller number of bison — 25 initially and possibly 100 in subsequent years — would be allowed to pass through the privately held Royal Teton Ranch. A fenced corridor through the ranch will lead to about 2,500 acres within the Gallatin National Forest. Those animals would be tested for brucellosis and equipped with radio collars to track their location.

Neither area has active cattle operations within it.

The ranch corridor was established in a separate agreement approved by Montana officials earlier this week. Under that deal, the ranch’s owners, the Church Universal and Triumphant, relinquished their cattle grazing rights for 30 years in exchange for $3.3 million.

This is a positive development for the environment. But it highlights a trend which has been accelerating in recent years: the organization shrinking and selling its assets. The state agreement as described seems to amount to a 30 year conservation easement on Church property (or since it’s described as “grazing rights” it could be a relinquishing of those rights on nearby public land). Either way, those rights were one of the “crown jewels” of the Royal Teton Ranch and represented a great deal of the property’s value. If you can’t graze cattle, it’s not really a ranch.

It’s a further retreat from the original idea of a self-sufficient church community, which had been a big part of the justification for the move to Montana. But with the downsizing in recent years, $3.3 million is a very significant sum for CUT, which should bolster the sect’s proselytizing, copying, and transmitting activities for some time to come.

The Free Will Argument

This is federal money, right? And the Royal Teton Ranch gets to keep this money even if they eventually sell the land prior to the 30-year date? Interesting. Self-sufficient, you say? Hm. Say, maybe CUT would be eligible for some bail-out money in today's economy!!!