Doesn’t It Just Rub Salt In Victims’ Wounds?
LOGIN
Sunday, November 27, 2022
Top Posts
What’s Up With the Nazi “Black Sun” Rune Wheel?
The Eightfold Path of Denial of Death
Elizabeth Clare Prophet Claimed To Be ‘Clairvoyant’
Why I Left The Radical Secular Podcast
Miss R*EVOLutionaries: Panel Discussion
Money Is Not A “Shared Fiction”
Beliefs About God Won’t Make You Moral
This Is Not Fine!
Wealth Concentration Leads to Feudalism
Is Something Unclear About What’s Wrong With America?
SUBSCRIBE
Archive 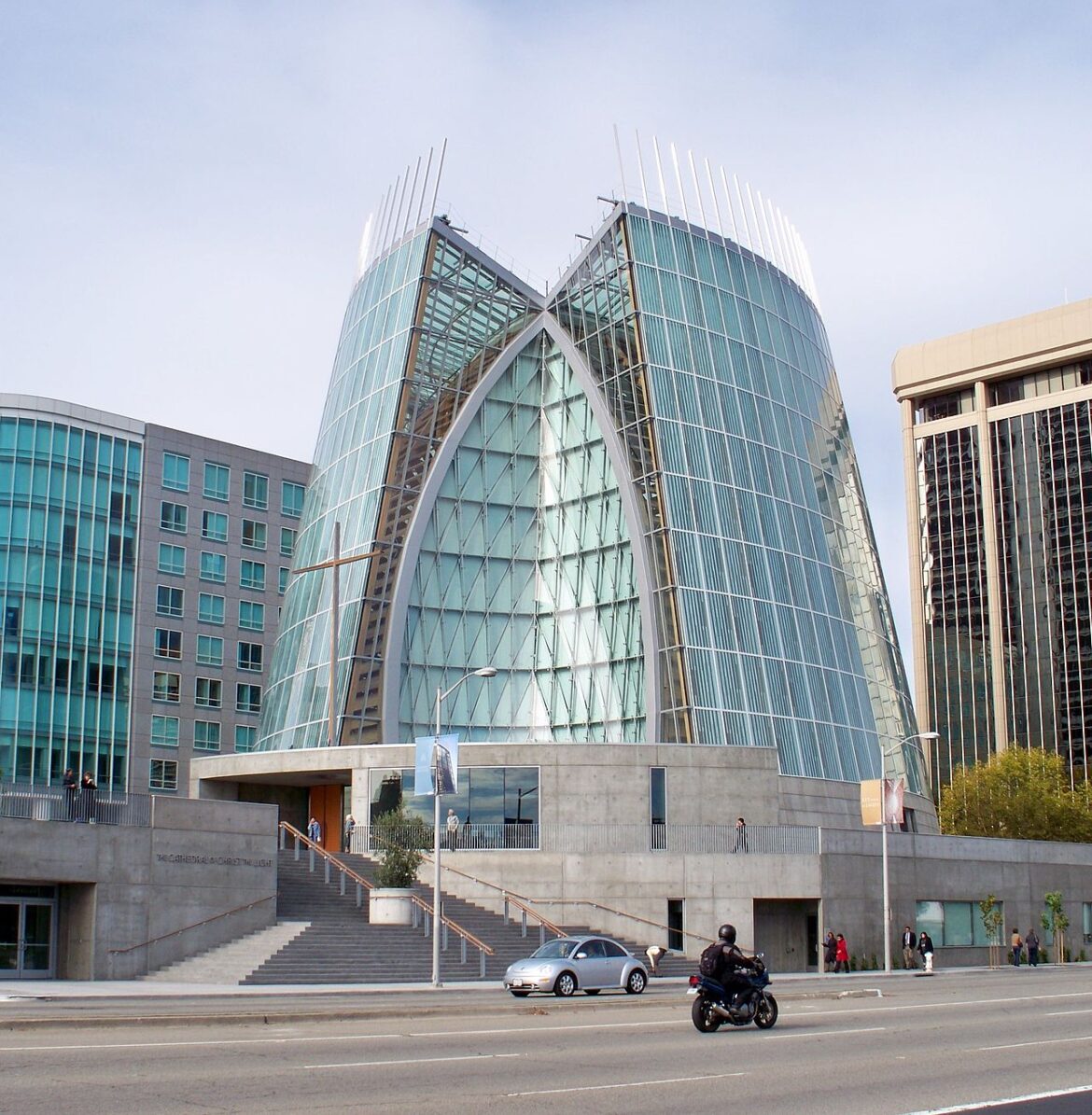 What other institution could get away with this?

O- Terrie Light stands outside Oakland’s stunning new modern cathedral in a first-of-its-kind garden that honors victims of clergy sexual abuse. She was abused by a priest at age 7.

“It’s a really small, important physical representation of a horrific thing that happened in many places,” she told CNN.

She says the garden’s centerpiece, a symbolic low stone sculpture that’s broken, is fitting for those whose lives were shattered by priests. “The energy that the artist put was this circular stone trying to pull itself to become unbroken. That is our journey. That is what we try to do every day — is to try to be unbroken.”

The garden is placed near a wall of the Cathedral of Christ the Light, which was consecrated September 25.

Two low-curved benches bracket the sculpture, one facing toward the cathedral, the other facing away. The benches are surrounded by hedges.

The bench placement is deliberate and takes into account the feelings and needs of abuse victims. Those who choose not to face the cathedral end up facing a small lake across the street.

Father Paul Minnihan, the provost of the cathedral, says it was important to have the garden — for the victims, and for the church to atone for the sins of its past.

“Part of the church’s mission is to make sure we bring healing to people who are in need of it, even if we were the cause of it,” he says. “Having this garden on the campus says we are serious about our desire to help in your healing process on whatever level. As this cathedral will be around for 500 years, so will that garden as a place of healing and hope.”

The Catholic Church was rocked earlier this decade by allegations of children being sexually abused by priests, with scores of victims filing lawsuits against their alleged abusers. The church was accused of covering up the abuse for decades by sending offending priests to other parishes.

The church wound up paying hundreds of millions of dollars in settlements. Some priests went to jail; others resigned. Pope Benedict XVI in July apologized to victims and called the abuse “evil.”

At the garden’s dedication on October 11, Allen Vigneron, bishop of Oakland, once again offered the church’s apology. “To the hurts of so many innocents, we preferred the darkness to the light. And for that, I again make heartfelt apologies to all victim survivors. As it says on the plaques at the entries, ‘We remember and we affirm: never again.'”

Terrie Light, who has been a vocal advocate for abuse victims for many years, says getting the garden built was not an easy process. “We got silence, then we got passed around,” she says.

She said Barbara Flannery, the former chancellor of the diocese who became the church’s point person on helping victims, advocated for the garden to the bishop.

“He thought it was a good idea. But it’s different from ‘It’s a good idea’ to ‘Here’s the people to meet with to make it happen,'” she says. “When we finally met with the architect, things really changed.”

“He really understood what we were trying to accomplish and put together some architects to create this garden that he thought would give us what we wanted for a place for people to come and connect to their spirituality not inside the church.”

The garden is not what survivors had originally envisioned — a lush, English garden with flowers and trees. But they are pleased with the outcome.

Most victims of abuse in the Oakland area favored the garden; a few opposed it, feeling that it implied closure to a problem that still exists.

Minnihan says the church has sought “to bring back healing and wholeness and work with those who are survivors” since the scandal. The garden is emblematic of that.

“We wanted to have a place respectful for their needs and their wishes,” he says.

What other institution in society could, from a position of profound trust, perpetrate a series of serious and systematic crimes against children, fail to change its ways in any meaningful manner, plant a “garden” to the crime victims, and maintain its respectability?

None that I’m aware of. Let’s review:

This garden is an insult and a disgrace. It’s a self-serving attempt to whitewash unforgivable crimes, and keep victims in the fold by giving them a paltry and grudging recognition, while keeping the same bankrupt hierarchy in place.

As I’ve discussed previously, it’s not possible for a church to do otherwise. A lax church is a weak church, and the whole Catholic dogma sets the bar unrealistically high to prevent free-riders on the train to heaven. Priestly celibacy and male exclusivity is part of the deal. So in the face of scandal, the church is going to keep its walls up. It’s the nature of the beast.

But in my fantasy world, (yeah, where humanity actually rules) here’s what would happen: Turn the entire brand-new cathedral into an international center for abuse victims and their families. Establish a commission on clergy sexual abuse, open to members of all religious organizations, and also staffed with secular psychologists. Mount a fact-finding mission as to the major factors that led to the abuse, and commit to following the recommendations of the panel on modifying church dogma, hierarchy and structure. List the names of all perpetrators–etched in stone–a hall of shame. Prepare a large section of the former cathedral grounds for people to contemplate their relationship to their concepts of God under an open sky and without human interference.

If I had to guess in advance at what the recommendations of such a free and open panel would be, it would include the following:

The Catholic Church must step out of its role as the primary exemplar of the shadow of human sexuality. It must completely change its tune. For all the heartache sexual abuse victims have endured–that would be the only fitting apology.

But then, it wouldn’t be much of a church any more, would it?

That’s just fine having a special place for the people that were abused by priests over the years. I can only hope that most of them have made a choice between religion and non-belief and have washed their hands of the dishonesty of the Catholic religion. In Canada, a large number of the aboriginal people of the past were subjected to physical, sexual and mental abuse by these monsters. The governments of the day decided to allow the foxes to look after the chickens and are paying now for their mistake.

This is just another case how religions do mostly harm and not much good. I hope that common sense will prevent these zealots from starting a world war because of their insane beliefs. They are in government and if allowed they will screw the people yet again.