It’s Important to Keep Stirring the Pot
LOGIN
Sunday, December 4, 2022
Top Posts
What’s Up With the Nazi “Black Sun” Rune Wheel?
Elizabeth Clare Prophet Claimed To Be ‘Clairvoyant’
The Eightfold Path of Denial of Death
Why I Left The Radical Secular Podcast
Miss R*EVOLutionaries: Panel Discussion
Money Is Not A “Shared Fiction”
Beliefs About God Won’t Make You Moral
This Is Not Fine!
Wealth Concentration Leads to Feudalism
Is Something Unclear About What’s Wrong With America?
SUBSCRIBE
Archive 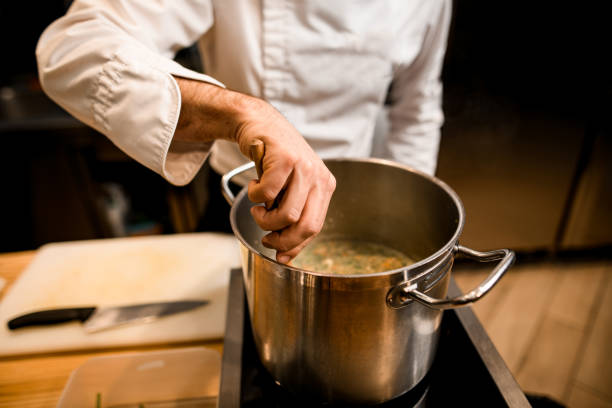 At PoliGazette, Michael Merritt reprises the age-old argument about so-called ‘militant atheism.’ He cites PZ Myers (misspelling his name) and “crackergate” as an example of “rubbing it in the face of those who may simply believe that they were acting in the best interest.” As if believing you are acting in the best interest actually makes it so. He then quotes a few other atheists who advocate a kind of quiet and meek disagreement rather than blatant ridicule. Merritt sums up:

I also think that at its core, atheism is not a thing that you can equate with hate. However, the problem comes when some of the leaders of the movements, the Dawkins’ and Hitchens’ of the world, feel that religion is not simply wrong, but its followers are delusional.

In the end, the world would be a better place if these atheists could do what they often argue some religious people don’t: keep their beliefs simmered down into well reasoned arguments, and not troll-worthy bashing. For my part, saying that someone is delusional for having a belief in a deity is no better than a religious person saying that an atheist is doomed for an eternity of fire and brimstone. It certainly doesn’t advance intelligent discourse, and only spreads enmity.

At its heart, this is an argument about which is more important, facts or feelings.

Religious beliefs are not factual and thus cannot ever be supported rationally. They are subject to the whims and ‘traditions’ of literally thousands of sects, and new ones are invented every day. Often times, they cause people to commit inhumane acts or acts that are just plain incomprehensible (like getting upset about someone walking out with a cracker, for example).

If we care about truth and reason, we have no choice but to brand the beliefs delusional. As tough as that may be for believers to hear, it is a required tactic if we are to move forward and evolve as a species.

Religions have gotten a free ride for centuries. Prior to the founding of the U.S. they were often part of the government. Even though in America we are officially secular, religion still keeps creeping into our government policy.

Atheists are right to be upset. Ridicule is only the beginning. If we want a sustainable, rational and just society, religion will have to be marginalized, no matter how much that may hurt some people’s feelings.

Imagine if someone started a Church of Harry Potter or a Church of the Jedi (actually already exists). Are we really supposed to take them seriously? Of course not. We all know these are forms of entertainment and we don’t have to ‘respect’ other people who pretend they’re real.

The world’s major religions are no less ridiculous, they are just older and more widely accepted. They need to get over themselves, and quickly. I’ll be there stirring the pot until and unless that happens. Call me as many names as you like, I’ll take reason over superstition, and I’ll keep insisting you’re insane if you don’t.

I believe you can say more than just “Praise ‘Bob'”.

But than again, I can’t take a joke, so fuck me.

I think that Mr Merritt is wrong on so many levels.
First that there are leaders of the Atheist movement. There are some who are more vocal than others, but leaders? In what sense. Do mssrs Dawkinc, Dennett, Harris, etc. beguile us loyal followers to send death threats to theologians ala Bill Donohue? (O.K. AFAIK no actual death threats were initiated by Mr Donohue, however he has consistently called for firings of those he disagrees with and called for protests and boycotts of atheists works (think Golden Compass))
Do Christians in general think that all Atheists think All theists are deluded? And what exactly does delusional refer to? The dictionary says that delusion is a false belief or opinion. So what Merritt wants to escalate a holy war ’cause some of us disagree with his faith? Kill the Apostates! Kill the Baptists! Kill them all! ?
In short if he really wants to improve the problems that religion is having in America, he could pay significantly more attention to what his fellow Christian, Jews, whatever are saying, and allow us the courtesy of finding our own way as well.

Well, another example of what Steve Dutch calls “the counsellor fallacy”. This refers to a counsellors tendency to assume that two opposing parties have to make compromises and meet in the middle, which does not work well if one of the parties is a weasel, or even just plain wrong.

Since Dawkins and Hitchens are right now at the extreme of their side, Merritt assumes that they are extremists, just as much as the fundies on the side. He does not realise, however, that Dawkins, Hitchens and most other people are nowhere near the potential extreme, only on the actual extreme*.

The fundies, on the other hand, are smack dab in the middle of the greatest possible extreme their ideas can be taken to, and they have been for decades.

* I’m sure there are real atheist extremists out there (in fact, jugding form what I’ve read about them, the Ayn Rand cultists could fit that mold), but they are extremely, far more so than religious fundamentalists of various descriptions.

Junk-food faith for a fat-head nation!

A nation overwhelmingly god-fearing also overwhelmingly rejects science. My fellow country-persons lack the critical intelligence to evaluate the garbage they put in their brains.

The US is an aberration among developed nations in its affinity for xian enthusiasms and in its failure to accept now elementary basic truths like evolution via natural selection.

America the free? Nonsense. I am an atheist, an *anti-supernaturalist* to be precise. Therefore, I belong to the most despised minority in the US. Why according to GHW Bush, I’m not fit to be a citizen.

I’ll tolerate fundies only when everyone’s “freedom of conscience” under the US Constitution is restored and respected. The US is still (barely) a secular state which has the misfortune of selective amnesia towards the political ideology of christo-fascism, dominionism. Margaret Atwoodâ€™s â€œThe Handmaid’s Taleâ€ is a must-read.

The US has been a secular state from its inception. It is *not* one nation under a non-existent god. The people are sovereign. Not child molesting priests, not fanatical tax-dodging televangelists, nor cabals of delusional fundies seeking to overthrow the Republic.

I think an important level of comparison also has to do with political action. Extreme fundamentalists want to change the society to fit their mold, taking away many people’s rights. They also have a not-even-veiled desire to promote change of government to a theocracy.

Even if you could consider the Ayn Rand “cultists” to be extreme, what are their goals? Basically as I understand it, they want people not to be ruled by their emotions. So maybe an extreme Objectivist might become a little repressed. Hardly a threat to society, though.

And as far as Dawkins, et al, the most extreme thing they’ve suggested is that parents not be allowed to lie to their kids about science, or indoctrinate them into accepting any particular mythology as being real. I agree with them.

I guess some fundie parents might think that was trying to infringe upon their rights (I’ve tangled with a few before on this subject). But really, who in their right mind would argue for the right to systematically lie to their children? It boggles the mind.

Perhaps some atheists resent having to support religions through their taxes. If churches had to pay the same taxes as any other business, it would lighten the load on the rest of us. But, under the current system, everyone has to support all religions.

What's mostly ironic, is even religious people are supporting all of the "false" religions.

Catholics support jews, jews, muslims. muslims, scientologists, and so on. I say, let everyone pay and leave me alone.