The Karma Accountant
LOGIN
Sunday, November 27, 2022
Top Posts
What’s Up With the Nazi “Black Sun” Rune Wheel?
The Eightfold Path of Denial of Death
Elizabeth Clare Prophet Claimed To Be ‘Clairvoyant’
Why I Left The Radical Secular Podcast
Miss R*EVOLutionaries: Panel Discussion
Money Is Not A “Shared Fiction”
Beliefs About God Won’t Make You Moral
This Is Not Fine!
Wealth Concentration Leads to Feudalism
Is Something Unclear About What’s Wrong With America?
SUBSCRIBE
Archive 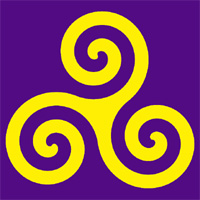 This story by J. Orlin Grabbe is too funny not to post. I wish I’d written it. I don’t understand what motivates some people to cling to the fantasy of perfect karmic justice, (previous article) but millions around the world still do. This story speaks brilliantly and satirically to the conundrums posed by this concept.

The karma accountant was sitting at a table having a cappuccino when I arrived at the cafe. We often brooded together about the spiritual equilibrium of the universe.

“Do you note that down?” I asked. “Does someone get bad marks for bad coffee?”

He reflected. “Depends on the intent. Not for a pure mechanical failure, no. But suppose the waiter flubbed it because he was hostile to a customer. Or was just being negligent in general. Those are different matters.”

The concept of karma seemed simple enough to me. Bad deeds built up karma (bad stuff) and good deeds cancelled it out. Once you got rid of all your karma you got to stop reincarnating and go to heaven or enter nirvana or something nice like that.

“See that couple sitting over there. The girl facing us is having the summer salad.”

I looked at the girl with the pale face and dark eyes that would animate for a fraction of a second before settling back into comfortable moroseness.

“They’re both having problems at the moment, but the one with his back to us is a Yugoslavian immigrant who is working in his brother’s cloth business. He’s about 17 percent happier and more positive than the girl, who is flunking out of her third semester at NYU. So he’s chalking up a lot of credit transferring his energy and enthusiasm to her.”

“How do you measure that exactly?” He had tried to explain the method before–very patiently actually–but I was still somewhat confused.

He sighed. “Well, unfortunately, it’s up in the air. There’s been a great debate and organizational upheaval and we’re moving to a new system. It’ll be centuries, maybe millennia before we get the bugs out.

“We used to use the KAU,” he continued, “or Karma Unit of Account. It was based on a simple weighted average of the karmas of all souls, physically incarnated or not. So, in the case of that couple, I would take the ratio of the two karmas–that’s his karma of KAU 4,790,241 divided by her karma of KAU 2,566,337,644,935–and credit him with 17 percent of that amount.”

“Wait a minute. Let me get this straight. You mean he gets 17 percent of 4 million over 2 trillion, something like that.”

“Which doesn’t reduce his karma by very much.”

“Well. I don’t know why you think that. If he reduced it by that equivalent amount every day, in only 8,634 years he would be a soul with no karma.”

I guess you don’t rush things in this business, I thought. “But if the girl only had a karma of, say, 2 thousand, the amount of karma reduction would be a billion times as much.”

“True. But you’re overlooking the essential reality. It’s extremely hard for a person of high karma to make a positive energy transfer to a person of low karma. So the equation recognizes the basic fact that the ease of transfer from A (him, in this case) to B (her) is directly proportional to the karma of B, and hence credit to A is given inversely to B’s karma to adjust for the lower effort involved.”

“So what you are saying is if I had a karma of KAU 10 and another person had a karma of KAU 1, I could technically get rid of all my karma in less than six days–that is, 17 percent per day–but the probability of doing so would be small because I would find it extremely difficult to make a positive energy transfer to a person with KAU 1.”

“First, your karma is some exponential order of magnitude larger than KAU 10.”

“Second, you would be doing good to work on any margin higher than 6 percent–that’s the maximum reduction the average person is able to manage. Third, your math is wrong. If each day you reduced your karma by 17 percent of the amount remaining, at the end of six days the amount of karma left would be 10 x (1-.17)^6 = 3.269.”

“That sounds like a rigged game. You get never get to zero that way.”

He paused to jot down notes. I looked around, but didn’t see what he saw. Just the cafe’s impresario smoking behind the bar, and a girl with short dark hair conversing with the chef. I motioned to the waiter and ordered a hamburger.

“So what’s the new system all about?” I asked when he was finished.

He signed again, as though just the effort of thought pained him.

“It all started with a debate over the intertemporal karma cancellation problem. You know about that?”

“I suppose not. Maybe an example will help. Hmmm. Suppose an Arkansas boy in 1933 in the depth of the Depression robs $10 from his grandmother’s cookie jar and spends it before being found out. Later he gets run over by a bus. He reincarnates as a girl in a middle- class New Jersey family, goes to the University of Pennsylvania, and gets a job on Wall Street. He– she–gets a raise one day and in her euphoria gives $10 to a street person. So, and this is the classic question, does the $10 donation cancel out the $10 theft, karmically speaking?”

The hamburger arrived and I cut into it, but there was still some pink in the middle, so I sent it back to be cooked until it was done.

“So what’s the answer, do they cancel out,” I asked once the waiter had left.

“That’s the rub. Think of the issues. The dollar in 1933 buys about ten times more goods than in 1985, so the magnitude of the two incidents are different in real terms. Next we have to adjust for the environment. What does it mean in 1933 for a young boy to steal $10 from his grandmother, as opposed to a young professional woman to give $10 to a street person in 1985? For example, there was one school of thought on the Karma Policy Committee that no one should be credited karma cancellation for acts in eras where there is social pressure to perform them out of political correctness. Can trendiness be equated with good karma? Then there is the issue of individual motivation. What if the boy stole the $10 to pay a vet to save his dog, an animal he loved more than anything in the world? On the other hand, one subset of the Karma Policy Committee considered the whole issue of individual motivation irrelevant, sort of on “the road to hell is paved with good intentions” principle. Suppose the street person used the girl’s $10 to get drunk, wandered out into traffic, and caused a truck to veer into a crowded sidewalk filled with women and children.”

“I see what you mean.” The sheer magnitude of the problem was making me depressed. I consoled myself with an extra dollop of catsup.

“Okay. So one day the Council of All Souls petitions the Karma Policy Committee. The solution is simple, they argued. We create a market where those desirous of exchanging 1933 Arkansas bad karma for 1985 Wall Street good karma (that is, karma cancellation) can do so at an exchange rate that will be determined minute by minute in the intertemporal market place. Good karma buyers will get the lowest available price, while bad karma sellers will get the highest price.”

“And that solved your karma valuation problem?”

“In some respects. Now we have markets for everything. Every karma type is priced relative to every other. Of course you need a numeraire. We arbitrarily took 1/10,000,000,000 of the total karma from the earliest building period at Catalhuyuk in Asia Minor as equal to 1.0, and the magnitude of every other price is determined by reference to that. For example, yesterday’s closing exchange rate against 5th century karma from Attila the Hun’s invasion of Gaul was 436,784 units of the latter to 1 unit of the former, because of all the bad karma being dumped on the market from the Attila period.”

“Does it pay well? Your job, I mean. All this paperwork.”

He cocked his head. “We get 6 percent karma reduction per century.”

“But it’s safe. There’s no danger of our karma getting any bigger while we’re doing this. It’s like buying a bond. The interest may not seem much, but at least you can always count on it being greater than zero. Accountants are like that, you know. We like to take the safe course.”

“But you can’t rid of all your karma that way,” I said. “Your 6 percent is like the 17 percent we talked about earlier. Taking away 6 percent of the remainder every year will never remove it all.”

“No,” he said sadly. “There will always be a residual, and there’s nothing to do about it except to reincarnate and earn the final reduction the old-fashioned way.”

“And to do that you’re taking the risk it might get bigger.”

“Yes, although now that we have gone to the new system, there are karma futures markets, where you can hedge your risk by going long or short karma of a particular type. Suppose you’re going to undertake a particularly risky incarnation, say in a real soul-selling place like Hollywood. Well, you go short a certain number of 1990s Hollywood karma futures. That way if you build up more bad karma than you anticipated, you just deliver the excess into the expiring futures contracts. Of course, like any hedge, it works both ways. If you acquire less bad karma than anticipated, you’ll have to buy back some of the contracts, and so end up with more karma than you would have without the hedge. But at least you know what your exposure is before you incarnate.”

What a bunch of wimpy souls, I thought. “What kind of spiritual coward would do something like that? What’s the point if you don’t take risks?”

He gazed quietly at me for a moment, and then laughed. He laughed and laughed. I felt embarrassed and looked around the room. The couple had stopped eating and turned to stare. Even the chef had taken note of us.

I was getting angry now. “What’s so funny?” I demanded to know.

“You. You…,” he paused to restrain his filthy mirth. “You should talk. You shorted the first 50 contracts.”

He was still laughing when I stalked out of the cafe and slammed the door. You pay the check, I thought. Jerk. I know this place. Go ahead, pull out your Universal Credit Card here. Try and explain that to them. They’ll bust your chops for sure.

I walked on down the street.

The Sadomasochism of “Hard As Nails”

This is so monkey-fudging brilliant…totally made my day. Thanks for finding and posting this. I’ll be sending many a link your way…Cheers!