Report: First Documentary Shoot
LOGIN
Monday, December 5, 2022
Top Posts
What’s Up With the Nazi “Black Sun” Rune Wheel?
Elizabeth Clare Prophet Claimed To Be ‘Clairvoyant’
The Eightfold Path of Denial of Death
Why I Left The Radical Secular Podcast
Miss R*EVOLutionaries: Panel Discussion
Money Is Not A “Shared Fiction”
Beliefs About God Won’t Make You Moral
This Is Not Fine!
Wealth Concentration Leads to Feudalism
Is Something Unclear About What’s Wrong With America?
SUBSCRIBE
Archive 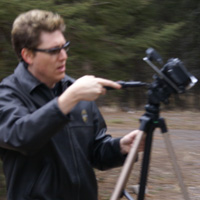 Greetings, readers! I’m back after a long posting hiatus, 2,800 miles of driving, and the Thanksgiving holiday, making for a highly productive inaugural shooting trip for my documentary (previous article).

I conducted several lengthy and in-depth interviews in several locations around the western U.S. with current and former members of Church Universal and Triumphant. 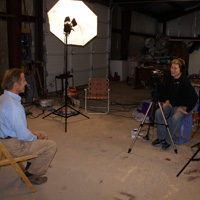 In Montana, I met with the current Church presidents, as well as a local reporter, and several church critics. I visited my ailing mother, which felt very strange and sad for me. I revisited the vicinity of the main bomb shelters in the Taylor Meadows section of the Mol Heron creek drainage near Gardiner, (though I was denied access to the actual shelter site). I also toured and filmed two other shelters in Emigrant.

The trip went well, though not without incident. I hit a deer, or rather a deer hit me in Wyoming (the deer actually charged into the side of my car), an unfortunate but very common occurrence in that part of the country. 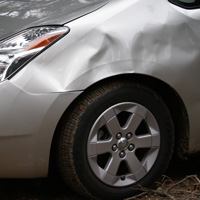 Also, though the leaders of the Church received my girlfriend and I very cordially at the church headquarters, it was right after we were carefully followed by a security guard and told not to leave the county road which travels through the property. 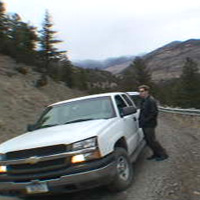 And one of my interview subjects received a phone call and two emails from other church members advising him not to talk to me. Fortunately, he was not dissuaded and the interview proceeded on schedule.

I’m very optimistic about the project, though I’m now understanding the presence of active opposition to it, and also how much work it will be. But I’m confident as time goes on, it will be seen as an effort toward healing and putting the shelter-building period in perspective. On the one hand, it was a testament to an incredibly devoted community effort and on the other, a very extreme example of the lengths people will go to support their beliefs in divine revelation.

One thing I was very happy about was that though I spent many hours with people on both sides of the fence, for the first time, I could relate to them as human beings. The church critics were as intimately involved in the controversy as I was (which for them was a fight to preserve the character of the Paradise Valley). Twenty years ago if I saw them, I only ever glared at them (and they glared back) from the opposite side of a courtroom. It was great to finally sit at the table drinking tea and see their (articulate and reasonable) views in a different light.

It was also good to sit with the Church presidents and be able to express my concerns. I heard their views, and look forward to eventually getting their side of the story on tape. Much as I’ve been opposed to the effects of CUT theology and its impact on my life and my family, the best outcome I can expect for the organization will be a reduction in the literalism and dogma in which it often engages. It seemed from my brief meetings that there might be some movement on that front. I found that change in perspective both positive and encouraging.

I also got the chance to see my old friend and mentor Walter Maunz, who was responsible for my science education when I was a young child. I can truly say without his guidance and knowledge, I’d probably never have had the intellectual wherewithal to question my parents’ religion to such a strong degree, and arrive at a rationalistic and naturalistic world view. All I can say is, thank you Walter, from the bottom of my heart.

Now that I’m back in L.A., there’s a tsunami of commercial work to catch up on. I’ll probably be posting less than usual for the foreseeable future. Hopefully, the other BSJ contributors can take up some of the slack. I’m no less passionate about trying to promote humanism and make the world safe for rationality. But I think I can do it better and reach more people by putting most of my spare time into this film project. But you never know. I’ll always find something to write about, I suppose. But there are so many other insightful atheist and humanist writers on Planet Atheism and the Atheist Blogroll that in the interest of time I simply must resist the temptation to refute every silly editorial or theistic argument that shows up on my Google page.

This documentary project provides a vastly superior forum, which has a much greater potential reach. So far, every one of the interviews has yielded a wealth of information, not only about the shelters and underlying motivations for building them, but also deep philosophical perspectives on why and how people became involved in CUT. To all the participants, a heartfelt thanks, and thanks in advance to those who will eventually choose to take this opportunity to tell their stories.

Happy belated Thanksgiving to all.

A Freshman Summary of Every Naive Faith Argument

I Have No Desire To Participate In Anyone’s ‘Divine Mission’

hmmm, thanks sean for your efforts. i'm sure your documentary will fully inform, i look forward to seeing it.

i had no idea when i logged onto your site today what you have recently been up to. i had just read cheri walsh's web site, though pithy, i was gripped. it made my head spin to read of the turbulence & emotional abuses that so many well meaning former staff members endured at the hands of ECP. BUT,

i believe we create our own suffering or joy. hopefully those folks have now created something more wonderful for themselves.

reading on CW's sight about the shelter cycle made me cringe. i so remember it. what a waste of time, energy & resourses.

i think if i have had ONE regret in life it is having been sucked into all of that.

alas! my life has moved on & it is a RARE occassion that i speak of my many years affiliated with CUT…for who could really understand unless they lived through it?

many dear friendships have endured beyond the church but i am glad my life has taken a more meaningful & fullfilling turn.

it's important for me to read your site & blog postings as well as posting of other former members. it has been nearly 10 years since i moved from MT and glad it is so far behind.

living inside my head without all of the "A.M.'s" impositions allows me a much greater freedom to serve others & to finally follow my own passion(s).

keep up your great work sean & hugs to dear tatiana.