Prayer For Rain A Stunning Admission Of Drought Mismanagement
LOGIN
Sunday, November 27, 2022
Top Posts
What’s Up With the Nazi “Black Sun” Rune Wheel?
The Eightfold Path of Denial of Death
Elizabeth Clare Prophet Claimed To Be ‘Clairvoyant’
Why I Left The Radical Secular Podcast
Miss R*EVOLutionaries: Panel Discussion
Money Is Not A “Shared Fiction”
Beliefs About God Won’t Make You Moral
This Is Not Fine!
Wealth Concentration Leads to Feudalism
Is Something Unclear About What’s Wrong With America?
SUBSCRIBE
Archive

Prayer For Rain A Stunning Admission Of Drought Mismanagement 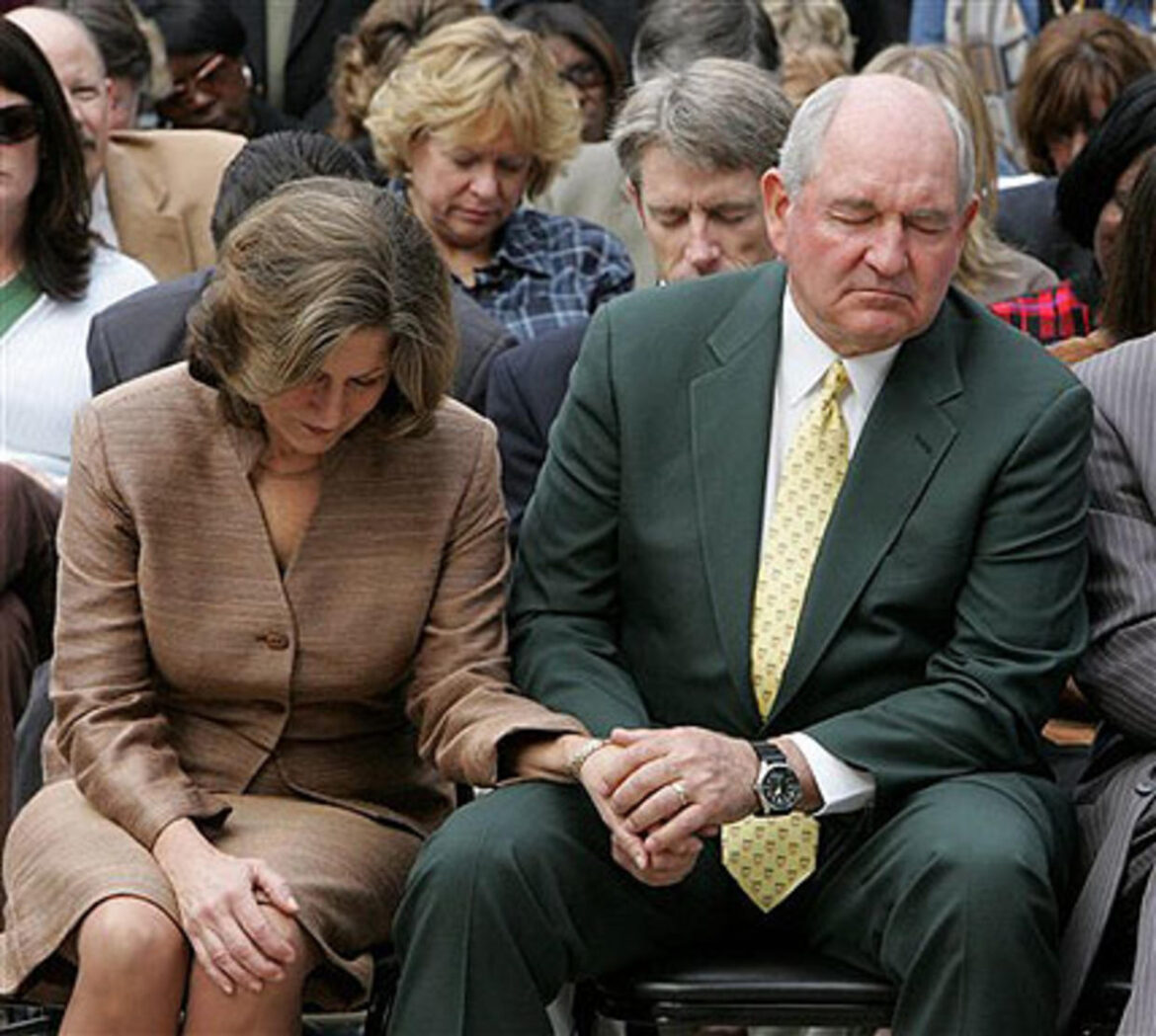 ATLANTA – As Georgia descends deeper into drought, Gov.Sonny Perdue has ordered water restrictions, launched a legal battle and asked President Bush for help. On Tuesday, the governor will call on a higher power.

He will join lawmakers and ministers on the steps of the state Capitol to pray for rain.

While public prayer vigils might raise eyebrows in other parts of the nation, they are mostly shrugged off in the Bible Belt, where turning to the heavens for help is common and sometimes even politically expedient.

“Christianity has more of a place in the culture here than in some other region,” said Ray Van Neste, a professor of Christian studies at Union University in Jackson, Tenn. “And it’s only natural, in a way, for the public to pray for rain.”

Perdue won’t be the first governor to hold a call for public prayer during the epic drought gripping the Southeast. Alabama Gov. Bob Riley issued a proclamation declaring a week in July as “Days of Prayer for Rain” to “humbly ask for His blessings and to hold us steady in times of difficulty.”

Of all the acts of political malfeasance I’ve witnessed in the name of religion, praying for rain has to take the cake.It also gives the lie to the idea that beliefs are simply harmless fictions. Someone should remind this ersatz governor of Harry Truman’s famous motto: “The Buck Stops Here.”

What Sonny Perdue is accomplishing with this (either uber-cynical or mind-bendingly stupid) stunt is the diversion of attention of citizens from their own accountability–for the dunce governor they elected, bad water infrastructure decisions over decades, and for the continued cheating and waste of now-scarce water by Georgians.

These kinds of problems don’t arise overnight. While it may be expedient to blame the water shortages on lack of rain, don’t be fooled. It always comes down to political cowardice. Floridans get it. Just listen to them excoriate Georgia’s governor:

Further undermining Perdue’s attempts to make Florida and Alabama pay the price for Georgia’s water shortage is his state’s feeble water-conservation efforts. It waited until September to ban outdoor watering. The governor recently ordered a 10 percent cut in water usage, but the state had lollygagged throughout the year without attempting to conserve.

As The New York Times reports, ‘All summer, more than a year after the drought began, fountains sprayed and football fields were watered, prisoners got two showers a day …’ It’s clear that Georgia leaders, who have allowed sprawling growth without any regard for future water demands, have been reckless and wasteful.

What the Tampa Bay article also mentioned is that a lot of the water being diverted from Georgia also goes to run a hydroelectric plant and to cool a nuclear power plant, which would otherwise have to shut down. This is a perfect illustration of how water, energy and climate issues are inextricably linked. And will continue to vex our efforts at growth until we confront them squarely and change our approach.

Yes, we are dealing with issues of monumental complexity, which require the full attention of our best and brightest scientists–with the full backing of courageous politicians willing to tell it like it is.

Praying on the Capitol steps is an act of political theater, and it might make some people feel they are doing something. But the economy and ecology of an entire region are at stake, and this kind of malfeasance is a perfect illustration of why religion needs to get kicked out of the public square with a steel-toed boot.

Refusing to Hide: Dialogue With a 12-Year-Old Atheist

A Freshman Summary of Every Naive Faith Argument

[…] BlackSun commented yesterday on the news that Ga Governor would hold an open call for prayer on the steps of the capitol. The prayer was to be for rain. What Sonny Perdue is accomplishing with this (either uber-cynical or mind-bendingly stupid) stunt is the diversion of attention of citizens from their own accountabilityâ€“for the dunce governor they elected, bad water infrastructure decisions over decades, and for the continued cheating and waste of now-scarce water by Georgians, writes BlackSun. […]

The fun part is that they actually got an inch of rain two days later. Granted, the ground soaked it right up and the reservoir level didn’t rise. In other words, not near enough to stem the tide.

It reminds me of the concept of being very careful with those three wishes genies grant you. Be VERY SPECIFIC about what you are looking for, or they will grant the wish however they feel like…