Ron Ferguson Doubles Down On Anti-Atheist Screed
LOGIN
Monday, December 5, 2022
Top Posts
What’s Up With the Nazi “Black Sun” Rune Wheel?
Elizabeth Clare Prophet Claimed To Be ‘Clairvoyant’
The Eightfold Path of Denial of Death
Why I Left The Radical Secular Podcast
Miss R*EVOLutionaries: Panel Discussion
Money Is Not A “Shared Fiction”
Beliefs About God Won’t Make You Moral
This Is Not Fine!
Wealth Concentration Leads to Feudalism
Is Something Unclear About What’s Wrong With America?
SUBSCRIBE
Archive

"Gratuitous viciousness" applies to his own words 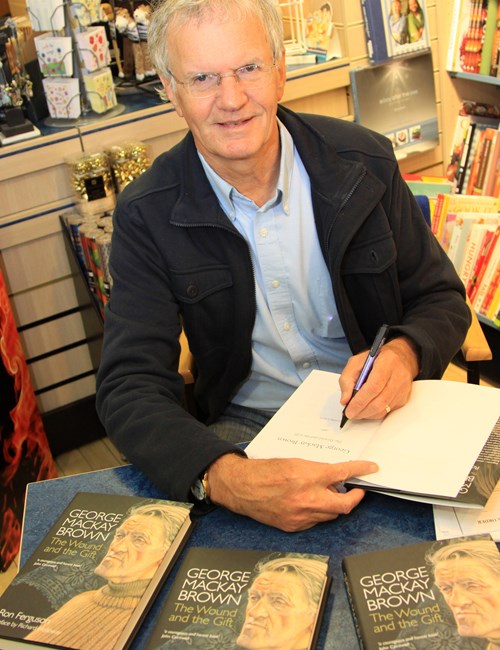 Ron Ferguson is at it again.Last week he fell into the rhetorical trap of using the metaphor of religion to insult Dawkins (previous post). Now, with “The rapid response squad’s rhetoric of hatred” he’s lecturing us about “internet incivility.”

Without addressing any of the salient points being made, Ferguson is now going after the “70 million blogs” and their “gratuitous viciousness.” Well I think he should develop a thicker skin. He’s clearly just used to old-style pontificating in the newspaper with no one to call him on his arguments–or lack thereof. If you can’t run with the big dogs, Ron…

As one commenter pointed out, in the very column where Ferguson complains so bitterly about incivility, he hurls some of what he must imagine to be the very worst insults for atheists:

One thing the debate has established is that dogmatic atheists are no more (or less) attractive than dogmatic Christians. Cool scientific rationalists can go completely berserk as often as intense God-bothering believers. And there are as many Dawkins parrots out there as there are dodgy Elvis impersonators or Billy Graham stylists – as evidenced by pointlessly regurgitated mantras such as “celestial teapot”, “spaghetti monster”, “tooth fairy” and “courtier’s reply”, lifted straight from the authorised atheist holy scriptures. There’s so much tedious cloning going on that I’m starting to believe in Unintelligent Design.

But what’s notably absent from his retorts, which include disparagements about the atheist blogosphere as reading like the minutes of an “Angry Tourette’s Syndrome Convention,” is any substantive reply. Sure he doesn’t like what’s being said, but last time I checked that’s not a rational response. It’s special pleading. In effect, it’s also an ad hominem attack: “You can’t possibly be saying anything that’s true, because you are saying it forcefully and I feel offended by your tone.” What’s more, he attempts to distance his feelings from the equation by pretending to denigrate “organised religion” right along side “organised atheism.” But there’s no hiding where he stands as he throws down that philosophical banana-peel “Why is there something rather than nothing?” which his beloved religion is equally ill-equipped to answer:

We human mammals, trying to make some sense of our brief stay on this precious planet, are incorrigibly meaning-seeking creatures, and our insatiable curiosity makes us want to know why there is anything at all. [emphasis added]

In our quest for understanding, we are limited by our brains, our histories, and the frailty of our language. We seek light where we can, and the hard, shop-soiled, hand-me-down dogmas and sloganeering T-shirts of organised religion and organised atheism may or may not help us much. So let the questing conversation continue: but with civility, please.

Oohh. Such coolheaded reason–above the fray. Ferguson wraps up his column with what amounts to a last-ditch relativist plea as his intellectual tent is collapsing: “…the frailty of our language…” Can’t we all just get along? I mean we’re all just mammals here trying to figure things out, right? Yes, but some of the mammals still want to pretend they see things that are invisible to the others, and that they have all the answers. And they’ve spent the last couple of millennia trying to force their false certitudes down humanity’s collective throat–at the point of a spear, whip, or gun.

That’s the height of incivility.

Priest of the “Middle High Ground”

Climate Skeptics: Reality Has Just Caught Up With You

Who the fuck is Ron Ferguson? Never mind. I don’t care.

If all he’s got to comment on is the style of discourse, then he has nothing worth saying. I skip the Style pages of my local paper because it’s a waste of perfectly good trees. I’m hoping someday they get a clue and stop printing that shit.

We human mammals, trying to make some sense of our brief stay on this precious planet, are incorrigibly meaning-seeking creatures, and our insatiable curiosity makes us want to know why there is anything at all.

Ferguson is apparently features editor of the Glasgow Herald, a bully-pulpit he often uses to bash Richard Dawkins and other so-called militant atheists.

Exactly. According to this ‘school’ of thought, nothing has ‘meaning’ unless it means what they think it means.