Drug War: Might As Well Put A Gun To Our Own Heads
LOGIN
Monday, December 5, 2022
Top Posts
What’s Up With the Nazi “Black Sun” Rune Wheel?
Elizabeth Clare Prophet Claimed To Be ‘Clairvoyant’
The Eightfold Path of Denial of Death
Why I Left The Radical Secular Podcast
Miss R*EVOLutionaries: Panel Discussion
Money Is Not A “Shared Fiction”
Beliefs About God Won’t Make You Moral
This Is Not Fine!
Wealth Concentration Leads to Feudalism
Is Something Unclear About What’s Wrong With America?
SUBSCRIBE
Archive

Home Current Events Drug War: Might As Well Put A Gun To Our Own Heads

Drug War: Might As Well Put A Gun To Our Own Heads 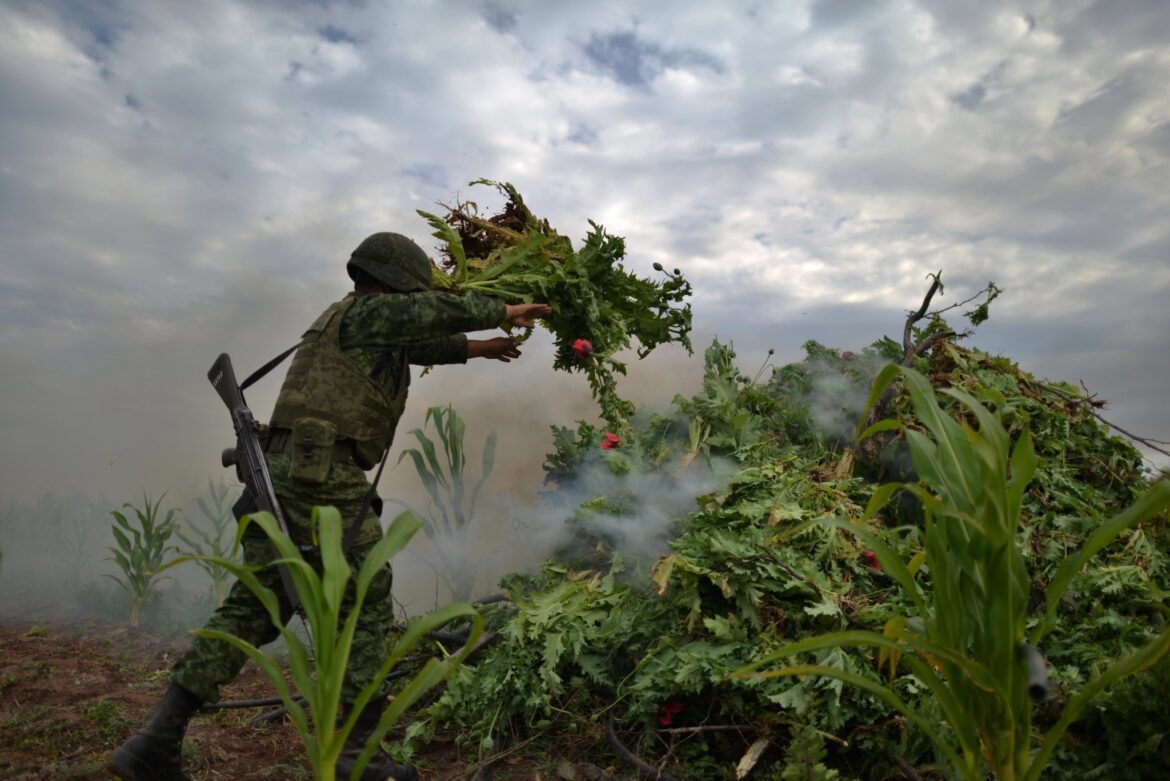 It’s a universal principle.Push something into the shadows, it gets stronger and metastasizes into something far worse–usually by orders of magnitude. It’s true with personal psychology, and it’s certainly true with the ‘drug war.’ It’s hard to imagine a more textbook case of a policy having the exact opposite result as was intended.

From the Washington Post (please go read the whole thing):

Despite the presence of 35,000 NATO troops in Afghanistan, the drug trade there is going gangbusters. According to the U.N. Office on Drugs and Crime (UNODC), Afghan opium production in 2006 rose a staggering 57 percent over the previous year. Next month, the United Nations is expected to release a report showing an additional 15 percent jump in opium production this year while highlighting the sobering fact that Afghanistan now accounts for 95 percent of the world’s poppy crop. But the success of the illegal narcotics industry isn’t confined to Afghanistan. Business is booming in South America, the Middle East, Africa and across the United States.

Thirty-six years and hundreds of billions of dollars after President Richard M. Nixon launched the war on drugs, consumers worldwide are taking more narcotics and criminals are making fatter profits than ever before. The syndicates that control narcotics production and distribution reap the profits from an annual turnover of $400 billion to $500 billion. And terrorist organizations such as the Taliban are using this money to expand their operations and buy ever more sophisticated weapons, threatening Western security.

The narco-terrorism connection has been around since the 80’s and before. I briefly worked on a film back then documenting how drug profits were funding terrorist organizations and destabliizing governments all over the world. Today it’s become institutionalized. $500 billion GDP would place the “drug nation” at #24 in the world–just behind South Africa. In many countries, drugs are the #1 cash crop. And the money is going to people who are accountable to no one and are many times intent on causing havoc.

Worse, the drug war has built a constituency in the U.S.. Big business from the defense to the prison industry loves prohibition. They have righteous indignation on their side, and the country will spare no expense:

According to the Government Accountability Office, 70 percent of the money allotted to Plan Colombia never leaves the United States. It is used to buy U.S.-built helicopters and other weapons for the military, and a large chunk is paid to the security firm DynCorp. Britain and other E.U. countries have so far resisted spraying Afghan poppy fields with chemicals. But for several years, DynCorp has been spraying the herbicide glyphosate on thousands of acres of coca in Colombia.

Every dollar we spend on the drug war makes our enemies stronger. Every prison we build takes money from schools. We are making a terrible choice, and our nation and society are paying a heavy price for this monumental and self-righteous stupidity. Legalize all drugs now.

Others argue that the only way to minimize the criminality and social distress that drugs cause is to legalize narcotics so that the state may exert proper control over the industry. It needs to be taxed and controlled, they insist.

In Washington, the war on drugs has been a third-rail issue since its inauguration. It’s obvious why — telling people that their kids can do drugs is the kiss of death at the ballot box. But that was before 9/11. Now the drug war is undermining Western security throughout the world. In one particularly revealing conversation, a senior official at the British Foreign Office told me, “I often think we will look back at the War on Drugs in a hundred years’ time and tell the tale of ‘The Emperor’s New Clothes.’ This is so stupid.”

How right he is.

The Sword of the Lord

The Drug War and religion have something very important in common: with both, extreme delusions conspire with a twisted sense of morality to trump common sense. Sean, I’m glad you’re for legalizing ALL drugs. It’s the only policy that makes sense, although politically, any changes probably have to start with marijuana.

Yes, Jeff, the current efforts are on medical marijuana specifically. The Republicans know that once people see that pot is not the “evil weed” they’ve told the public it is, their entire facade will crumble.

The other force we can’t discount is Big Pharma, who don’t want to have to compete with cheap and legal street drugs.

One thing about Big Pharma…if street drugs were legalized, laws could allow drug companies to make and even market drugs for recreational use. Then they would be a powerful force for legalization instead of the other way around. Heroin effects from a pill instead of a needle, for instance, would be favored by heroin users. As we know, they’re just in it for profits.

The BBC ran an interesting fictional piece called “If Drugs Were Legal” in 2005. In it, drug companies market recreational drugs that they formulate. It’s long but here’s the first 10 mins (Pt. 1): http://www.youtube.com/watch?v=_uJq4qVrwRs

“Drug War: Might as well put a gun to our own heads”

Oh but we are doing just that. Or rather, putting a gun to the heads of our children by continuing the terrorist supporting crime fostering drug war.

[…] All this tireless activism stems from the idea that prohibition has a terrible cost, both to the individual and society. These arguments have been well made by others, many times over. Some of BSJ’s most viewed articles have been commentary on the folly of the War on Drugs. But politics is never a realm where good arguments win the day. Perception is reality, and sadly for many Americans, it’s just about as simple as was summed up by Mr. Mackey in South Park: “Drugs are bad. M’kay?” […]

I don’t see how a drug war actually helps anything. One lesson that should have been learned from Prohibition back in the 1920’s is that when something becomes illegal, the problems tend to to get worse. Think about about what happened during Prohibition: speakeasys showed up, bootlegging by organized crime, and corruption of public officials being paid by organized crime to look the other way. Then there is the violence that comes along with the various organized crime groups who fight for control of the bootlegging operations. Best of all, another layer of bureaucracy to deal with the bootlegging which takes a chunk of time and resources that probably could be better spent elsewhere.

Most of the debate on legalizing drugs seems to focus on marijuana. I would say just legalize it; at least it will drastically reduce if not eliminate the black market associated with it. Honestly, trying to spend time and money to fight the marijuana black market is like beating a dead horse. As soon as one supplier is shut down, ten smaller one will fight each other to fill the power vacuum. Along with getting a lot of people killed in the process who have nothing to with the black market.