Self-replication And Evolution Occur In Inorganic Matter
LOGIN
Monday, December 5, 2022
Top Posts
What’s Up With the Nazi “Black Sun” Rune Wheel?
Elizabeth Clare Prophet Claimed To Be ‘Clairvoyant’
The Eightfold Path of Denial of Death
Why I Left The Radical Secular Podcast
Miss R*EVOLutionaries: Panel Discussion
Money Is Not A “Shared Fiction”
Beliefs About God Won’t Make You Moral
This Is Not Fine!
Wealth Concentration Leads to Feudalism
Is Something Unclear About What’s Wrong With America?
SUBSCRIBE
Archive 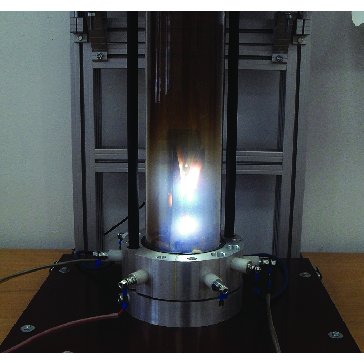 Scientists are hot on the trail of abiogenesis, the evolution of life from non-living matter.This is very bad news indeed, for those who believe that life needs a “creator.”

Now, an international team has discovered that under the right conditions, particles of inorganic dust can become organised into helical structures. These structures can then interact with each other in ways that are usually associated with organic compounds and life itself.

V.N. Tsytovich of the General Physics Institute, Russian Academy of Science, in Moscow, working with colleagues there and at the Max-Planck Institute for Extraterrestrial Physics in Garching, Germany and the University of Sydney, Australia, has studied the behaviour of complex mixtures of inorganic materials in a plasma. Plasma is essentially the fourth state of matter beyond solid, liquid and gas, in which electrons are torn from atoms leaving behind a miasma of charged particles. Until now, physicists assumed that there could be little organisation in such a cloud of particles. However, Tsytovich and his colleagues demonstrated, using a computer model of molecular dynamics, that particles in a plasma can undergo self-organization as electronic charges become separated and the plasma becomes polarized. This effect results in microscopic strands of solid particles that twist into corkscrew shapes, or helical structures. These helical strands are themselves electronically charged and are attracted to each other.

Quite bizarrely, not only do these helical strands interact in a counterintuitive way in which like can attract like, but they also undergo changes that are normally associated with biological molecules, such as DNA and proteins, say the researchers. They can, for instance, divide, or bifurcate, to form two copies of the original structure. These new structures can also interact to induce changes in their neighbours and they can even evolve into yet more structures as less stable ones break down, leaving behind only the fittest structures in the plasma.

Just mind-blowing! Go read the whole thing. Looks like life isn’t such a miracle after all. Replication and evolution take place in plasma clouds. Both are emergent properties of matter. No ghost-in-the-machine is necessary.

The Enemies of Reason (Full Video)

The Sword of the Lord