Raymond Ibrahim, Author Of The Al-Qaeda Reader
LOGIN
Sunday, December 4, 2022
Top Posts
What’s Up With the Nazi “Black Sun” Rune Wheel?
Elizabeth Clare Prophet Claimed To Be ‘Clairvoyant’
The Eightfold Path of Denial of Death
Why I Left The Radical Secular Podcast
Miss R*EVOLutionaries: Panel Discussion
Money Is Not A “Shared Fiction”
Beliefs About God Won’t Make You Moral
This Is Not Fine!
Wealth Concentration Leads to Feudalism
Is Something Unclear About What’s Wrong With America?
SUBSCRIBE
Archive

The theology of Islam says it all 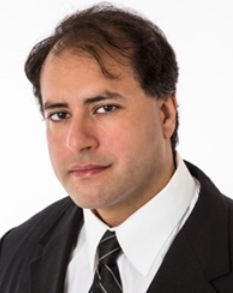 I happened upon an amazing interview this morning with Raymond Ibrahim on KPCC / AirTalk with Larry Mantle.Ibrahim has translated and released a number of Al-Qaeda documents in his new book, The Al-Qaeda Reader, released just last week. I intend to review this volume in the near future. The salient point he makes is the same one Sam Harris made in The End of Faith: despite apologist and multiculturalist claims, notions of Jihad and world conquest originate in and are inseparable from the text of the Quran.

Ibrahim documents this by separating the book into two sections, theology and propaganda. The propaganda section outlines the public pronouncements, which claim that Al-Qaeda attacks will stop when certain conditions are met (Palestine, etc.). The theology section covers the much more sinister and irrevocable doctrinal goals of the Caliphate, Ummah and Sharia.

Ibrahim’s work debunks a certain orthodoxy on the left (outlined in this atrocious screed on Salon by Glenn Greenwald) which claims Islam is no threat, and that the U.S. “war on terror” has no legitimate purpose and is a cynical creation of the neo-cons to establish greater domestic control.

Now, I will be the first to denounce the manner in which the Bush Administration has taken on (or not taken on) radical Islam. And I deplore the decision to invade Iraq instead of going after Al-Qaeda in Afghanistan and Pakistan. And I level harsh criticism at the administration for its cynical decision to start a war for oil when it could have spent the war budget on developing renewable energy (which could have eliminated the need for Iraqi oil).

What do our enemies believe? What motivates their war against the West? What is their vision of the ideal Islamic society? Surprisingly, more than five years after 9/11, there is very little understanding of these questions.

Despite our tendency to dismiss Islamic extremism as profoundly irrational, al-Qaeda is not without a coherent body of beliefs. Like other totalitarian movements, the movement’s leaders have rationalized their brutality in a number of published treatises. Now, for the first time, The Al Qaeda Reader gathers together the essential texts and documents that trace the origin, history, and evolution of the ideas of al-Qaeda founders Ayman al-Zawahiri and Osama bin Laden.

This extraordinary collection of the key texts of the al-Qaeda movement—including incendiary materials never before translated into English—lays bare the minds, motives, messages, and ultimate goals of an enemy bent on total victory. Al-Qaeda’s chilling ideology calls for a relentless jihad against non-Muslim “infidels” repudiates democracy in favor of Islamic law, stresses the importance of martyrdom, and mocks the notion of “moderate” Islam.

Perhaps the most disturbing aspect of these works is how grounded they are in the traditional sources of Islamic theology: the Koran and the teachings of the Prophet. The founders of al-Qaeda use these sources as powerful weapons of persuasion, reminding followers (and would-be recruits) that Muhammad and his warriors spread Islam through the power of the sword and that the Koran is not merely allegory or history but literal truth that commands all Muslims to action.

In addition to laying bare al-Qaeda’s ultimate motives, The Al Qaeda Reader includes the organization’s propagandist speeches, which are directed primarily at Americans, Europeans, and Iraqis. Here, al-Qaeda’s many “official” accusations against the West are meticulously delineated, from standard complaints such as the Palestinian issue and Iraq to wholly unexpected ones concerning the U.S.’s exploitation of women and the environment.

Taken together, the Theology and Propaganda sections of this volume reveal the most comprehensive picture of al-Qaeda to date. They also highlight the double-speak of bin Laden and Zawahiri, who often say one thing to Muslims in their religious treatises (“We must hate and fight the West because Islam commands it”) and another in their propaganda directed at the West (“The West is the aggressor and we are fighting back merely in self-defense”).

Westerners from across the political spectrum will be fascinated and enlightened by The Al Qaeda Reader’s insights into the nature of Islamic texts and the ways in which al-Qaeda has used these texts to manufacture hatred against our civilization and our way of life.

The Enemies of Reason (Full Video)

Well yes but.. Historically, radical Islam tends to grow where there is no legitimate way of expressing dissent except through the protected space of the mosque – protected through people’s “respect” for religion. It’s usually a lot more political than religious.

Just because al Qaeda can turn the words of the Koran to support its aims doesn’t mean that these are necessarily fundamental parts of Islamic belief. The Islamic world is not a monolith. There are sufis and people who just go along with Islam because of social pressures as well as terroriists. Sunni and Shi-ia have killed infinitely more of each other than they have killed infidels.

Christianity’s core beliefs have the same spread. Just think of pacifist Quakers, the Inquisition, the Reformation, Puritans, Mennonites, the priests who accompanied the Conquistadores, people who just get married in Church for the pomp and the creationist fundamentalists. All the “same” religion? All claiming authority from the same book.

I don’t think recognising the complexity is denialism. In fact, I think treating all muslims as potential members of Al Qaeda or the Taliban is a dangerous self-fulfilling prophecy. Most people aren’t fanatics, whatever their religion but it seems easy to create fanatics by demonising them.

There are problems that have to be solved. The West bears some responsibility for the rise of Islamic fundamentalism.

Can anyone imagine that the majority of Afghanis would rather live in this state of deadly chaos than normal peaceful lives. But the US built up and funded the Taliban to overthrow the Russians, with no concern for the inevitable consequences for the Afghanis – especially for the women, whose lives were thrown back 5 centuries after the Russian withdrawal.

Yasser Arafat was demonised as a terrorist fanatic by Israel and the US. No surprise that he was sidelined as ineffectual. Seeing no gains to be made through negotiation, the Palestinians became fodder for fanatics and disintegrated into gangs of warring terrorists/gangsters.

I am certainly not saying the west bears all the blame for the rise of terrorism. This is mostly the result of the political systems in the Islamic countries themselves. And, as you point out, it is fuelled by the interpretation of some core Islamic beliefs such as jihad and shari’a law.

But that’s not all there is in Islam. Most “Muslims” are no more devout than most “Christians”. Strengthening the moderate and secular voices among Islamic peoples is the only way to go if we are to have anything like global peace and security. At the end of wars, people have to talk. Why not cut out the years of slaughter and start with the negotiation first?

Apologies for the rant. It was a good thought-provoking post.

Welcome back! The purpose of my post was not to deny that there can be moderate Muslims, nor to deny that Muslims have legitimate grievances.

Rather it was, as Ibrahim has said, the desire to separate Muslims from Islam. It is Islam I have a quarrel with, and most specifically with its scriptural demands for subjugation of the infidel. I only have a quarrel with those specific Muslims who subscribe to literal Quranic interpretations. But as Harris and Dawkins have pointed out, even the moderates believe things which I would consider (in Dawkins’ words) to be “barking mad.”

I can’t go too much further debating this topic, since I haven’t read the book. But what’s clear is there is a marked difference between Islamic theology and Al-Qaeda propaganda, which is used to manipulate western sympathies.

Whatever the West has done, it would do well to take the Islamic threat seriously, and as Sun-Tzu said “know the enemy.”

Good work mate! Just leaving you a comment to let you know people are reading.

I agree with you Sean that the Islamic threat should be taken very seriously as our enemy! Whether they are moderate or extremist most would fight for Islam, wherever they are.

[…] Recently, Raymond Ibrahim edited and translated a series of press releases by Al Qaeda’s leadership from 1998 to 2006 into English. (previous post) Published by Broadway Books, with partial proceeds donated to the Committee to Protect Journalists, Ibrahim’s The Al Qaeda Reader is not only a timely fountainhead for the United States citizenry’s understanding of our Jihadi Enemies, it is also a necessary release for all Muslims of Secular Governments to grapple with in the coming years. The text focuses on the prepared statements of both Osama bin Laden and Ayman al-Zawahiri, the leading authority figures of the Al Qaeda forces, which coordinated and carried out the devastating attacks of 9/11/2001. Since Muhammad’s definition of war is “deceit”, and Al Qaeda has declared War against America, we can only assume that these Al Qaeda releases hold a two-fold purpose: to provide sound, doctrinal justification for terrorism; and to gather popular support for their cause. Raymond Ibrahim tackles these angles admirably well by splitting the releases into the broader sections: Theology and Propaganda. […]

I think these Islamo terrorist are spreading like a cancer and will consume the entire world in time if they are not put in check. I wonder if chemo and radiation would do it. With any war the good people would die also. To try to physically destroy them could start a third world war unlike any war the planet has ever seen. The planet and her evolutions could be blown to smithereens.