Sex video causes outrage in Nigeria’s Muslim north
LOGIN
Sunday, November 27, 2022
Top Posts
What’s Up With the Nazi “Black Sun” Rune Wheel?
The Eightfold Path of Denial of Death
Elizabeth Clare Prophet Claimed To Be ‘Clairvoyant’
Why I Left The Radical Secular Podcast
Miss R*EVOLutionaries: Panel Discussion
Money Is Not A “Shared Fiction”
Beliefs About God Won’t Make You Moral
This Is Not Fine!
Wealth Concentration Leads to Feudalism
Is Something Unclear About What’s Wrong With America?
SUBSCRIBE
Archive

How can something we all do generate such moral panic? 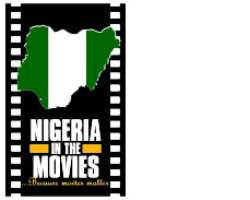 ABUJA (Reuters) – An amateur video of a northern Nigerian film actress in a sex scene has caused a public outcry in the Muslim north, prompting a movie industry body to expel actors deemed “immoral”, a local newspaper reported on Monday.

Leadership newspaper said the eight-minute video clip, recorded for private use on a mobile phone by the actress’s boyfriend and showing the two of them naked, had circulated widely among mobile phone users across the north.

“This was the first time such exposure involving Hausa-Fulani persons was witnessed in the country,” Leadership said, referring to the dominant ethnic groups in the generally conservative north.

Enough already with this anti-life and anti-human ‘outrage’ every time someone makes a sex tape.I think we should start a “send pornography clips to Nigerian cell phones” campaign (I’m half serious). People who can’t manage to be sex-positive should be seen for the fascist misanthropes that they are. No one forces anyone to watch the latest tape. I’m all for the celibacy of the Imams! Let them go celibate until they shrivel. These purveyors of Sharia need to wallow in their own sexual frustrations and prohibitions and let everyone else go about their lives. Every person on earth–including the radical puritan Imams–began their journey of life through a sex act. A wet, juicy, writhing, panting, groping animalistic spasm brought all of us into being. Deal with it.

Africa’s got enough problems without the vile cancer of a Falwell-esque culture war. (Ironically, the Christians are the liberals in Nigeria.) Sharia is orders of magnitude worse than Christian prudery or even Africa’s own (bad enough) indigenous tribal superstitions. How about a radical idea: the religions of Nigeria should get together and make it a priority to worry about feeding and educating everyone? It’s not like they don’t know how: they just need to follow the example of Nigerian humanist Tai Solarin, who started the Mayflower schools, and decades ago showed Africans what’s really important. But these kinds of events make a mockery of his legacy:

Kano is among 12 northern states that started enforcing Islamic Sharia law in 2000, increasing tensions between the Muslim majority and sizeable Christian minorities all over the north. Thousands died in several bouts of sectarian violence.

So we can add this completely preventable 21st century religious tragedy to the list of religion inspired murders. Something is terribly backward when a society would rather kill than see naked flesh or life-affirming sex acts (previous post). Islam can never be a so-called ‘religion of peace’ as long as the hateful Sharia prevails. Don’t be fooled, it’s a lot more than “family law” as some of its proponents claim. It’s a vicious and draconian code with elements dating back to the 7th century, which has been used to permanently repress women and sexuality. It also governs grooming, dress, and other matters of custom and personal taste, subsuming them as matters of law and subjecting violators to severe punishments.

Islamic apologists and their cultural relativist supporters (and that includes CAIR) must disavow Sharia, or they will continue to be mocked and shouted down in western democracies. Denouncing Sharia is not “Islamophobia,” it is promoting basic dignity and human rights. If Islam has anything “peaceful” whatsoever to offer the human race, it must begin with an affirmation of the dignity of individual expression.

Whenever these kinds of stories are reported in the world press, it reinforces what everyone already knows–far more than silly cartoons ever could. Until something changes, Islamism will always be seen as a broad front for bomb-throwing, woman-hating extremists, ready to murder at the sight of flesh. It doesn’t matter how many sensible moderates wish it were otherwise. Until Sharia is gone, Islamic claims to promotion of peace and modernity will continue to be exposed for what they are–a bunch of hot air.

you would think, with all those lottery winners in Nigeria i keep getting emails about, they’d be a little more laid back.

This is so typical of Nigeria. Religion is one of the biggest deterrant of growth in Nigeria. The Sharia law isn’t even as powerful in the Middle East were the religion came from.

…and it’s Islam not Islamism

You never want the West to over-influence your young. To watch the pornography industry on the ‘net is so disgraceful. watching these young girls throw away their futures is like an abomination to society. No wonder so many Eastern nations kill their young for performing, family-dishonoring acts.

The West will do anything, and sacrifice anything for capitalism and wealth. Look how daily they kill their wives, whole families, even themselves, all for a piece of [green] paper.

Nigerians had better stop the wave of pornography’s evil, before she fully invades your young. All women, the world over, should be protesting two evils: pornography and abortions. But they won’t. For a fear of the white male–it’s called idolatry.

Wow, I’m impressed. You managed to turn this completely around. But that’s OK, seems to be the sole purpose of the religious mindset: "Never mind the sharia law, the honor killings, the burquas, the arranged marriages, the institutionalized violence against women. Look over here, at the vile pornographers and family-destroying capitalists."

Better check the beam in your eye, Playne. Might just be your own fear and paranoia that represses you.

And women couldn’t possibly choose to pose naked because they wanted to and god paid well for it. No, not possible. Oh, and way to go justifying honor-killings and opposing abortions. A real champion of women’s rights you are.

Bloody hypocrites,they hide and do the worst things

Islam does not repress women. Rather it is the west that represses women. Women are like commodities in the west, waiting to exploited sexually. Ponography is degrading to womanhood, it has nothing to do with women libration. U will agree with me that most of these girls are into ponography because of the money not because they like doing it. Moreover, sharia will not punish u 4 what u do in private that does’t affect another. But it concerns sharia law when you use your evil to affect others.

Islam is a religion that preaches peace. So we hear from the Holy Quran. But subjecting its followers to untold hardships in the name of Sharia sounds ridiculous to me. If that were the case in Christianity, many would have been dead. Thank God we are now in the time of Grace and nt the Law. As for the Pornography issue, i do believe there is no way we can limit or totally blot out sexual materials especially in d media. All u can do is to control urself, esp what u watch (or see). Period

May ALLAH GUIDE AND FORGIVR HER AND ALL OF US, All of us are subject to such grave error.For I say PLEASE TAKE HEART.

fear God in all what u re doing ponographers do always have no peace of mind.