Babies Lie To Their Parents Before They Can Talk
LOGIN
Sunday, December 4, 2022
Top Posts
What’s Up With the Nazi “Black Sun” Rune Wheel?
Elizabeth Clare Prophet Claimed To Be ‘Clairvoyant’
The Eightfold Path of Denial of Death
Why I Left The Radical Secular Podcast
Miss R*EVOLutionaries: Panel Discussion
Money Is Not A “Shared Fiction”
Beliefs About God Won’t Make You Moral
This Is Not Fine!
Wealth Concentration Leads to Feudalism
Is Something Unclear About What’s Wrong With America?
SUBSCRIBE
Archive

Home Psychology Babies Lie To Their Parents Before They Can Talk

Babies Lie To Their Parents Before They Can Talk

It's a universal part of being human 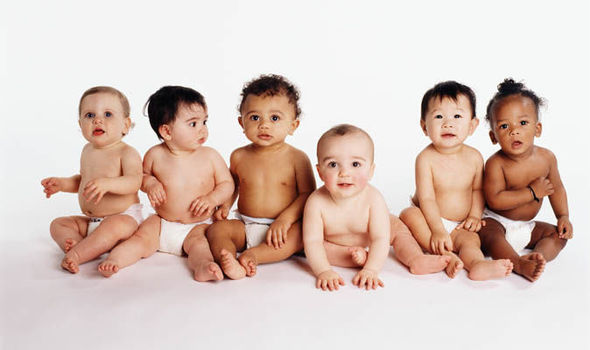 Whether lying about raiding the biscuit tin or denying they broke a toy, all children try to mislead their parents at some time. Yet it now appears that babies learn to deceive from a far younger age than anyone previously suspected. Behavioural experts have found that infants begin to lie from as young as six months. Simple fibs help to train them for more complex deceptions in later life. Until now, psychologists had thought the developing brains were not capable of the difficult art of lying until four years old. Following studies of more than 50 children and interviews with parents, Dr Vasudevi Reddy, of the University of Portsmouth’s psychology department, says she has identified seven categories of deception used between six months and three-years-old. Infants quickly learnt that using tactics such as fake crying and pretend laughing could win them attention. By eight months, more difficult deceptions became apparent, such as concealing forbidden activities or trying to distract parents’ attention. By the age of two, toddlers could use far more devious techniques, such as bluffing when threatened with a punishment.

This shows deception is a part of who we are, and not something to be looked as a moral failing. Humans use strategies to get what they want. When an animal evolves to blend in with background plants, it is practicing deception to avoid being eaten. This goes back millions of years. So let’s elevate the dialog and understand that strategic lying is simply part of being alive.

This is by no means to excuse the grand lies of politicians and corporate criminals. It’s a warning to absolutely expect such lies. They can only be dealt with through building and maintaining strong institutions of accountability.

But in interpersonal terms, it’s very important to always have multiple sources of information for corroboration, and to scrutinize people’s actions far more closely than their words. Humans deceive each other routinely and profoundly–regardless of religion or moral codes. A mixture of empathy and strategic observation can make the concept of “lying” irrelevant from a moral point of view. Instead, ask: “Hmm, why would they have lied about that?”

What defines a person’s ethics are their ultimate goals, and how they treat those in their circle. Now faster than you can say “Machiavellian!” let me ask you a question: If you know the rules, and you know people will lie to you, is it better to play the sanctimonious victim? Or is it better to put on your game face? For it is often those who wag their fingers most vigorously at others about honesty, who run the most devastating schemes.

So rather than looking at someone’s deception and saying “Oooh, she lied!” refrain from judgment and start routinely asking what the lie is trying to tell us. Because when a person lies, they are always revealing a deeper truth. We can only perceive that truth when we get off our righteous high horses, and approach life with sophistication. It is up to us to figure out what’s really going on for ourselves, and stop treating people’s words as gospel. In interpersonal relations, there can be no absolute truth. Only an ever-shifting subtext of negotiation and subtle feints and deflections. There is no black and white, only endless gray. How will you play today?

El Morya, You Have No Power!

[…] To be fair, religions donâ€™t have a monopoly on lying. But they are some of the strongest voices raised up indignantly against this widespread human practice. All humans use language to manipulate, misinform, or mislead, beginning with pre-lingual sounds and gestures (previous post). […]