US Juries Get Verdict Wrong In One Of Six Cases
LOGIN
Sunday, November 27, 2022
Top Posts
What’s Up With the Nazi “Black Sun” Rune Wheel?
The Eightfold Path of Denial of Death
Elizabeth Clare Prophet Claimed To Be ‘Clairvoyant’
Why I Left The Radical Secular Podcast
Miss R*EVOLutionaries: Panel Discussion
Money Is Not A “Shared Fiction”
Beliefs About God Won’t Make You Moral
This Is Not Fine!
Wealth Concentration Leads to Feudalism
Is Something Unclear About What’s Wrong With America?
SUBSCRIBE
Archive

US Juries Get Verdict Wrong In One Of Six Cases

There has to be a better way 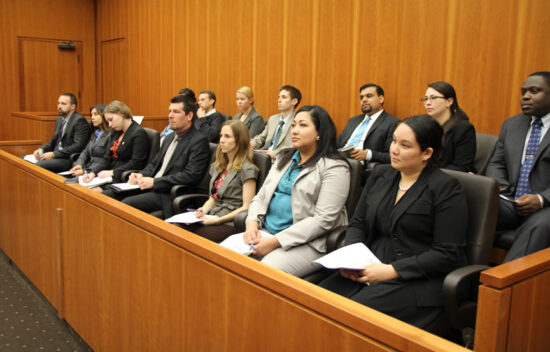 A new Northwestern University study shows that juries in criminal cases are reaching incorrect verdicts. The study, which looked at 271 cases in four areas of Illinois, found that as many as one in eight juries is making the wrong decision – by convicting an innocent person or acquitting a guilty one.

In each case, while the jury deliberated, the judge filled out a questionnaire detailing what his or her verdict would have been had it been a bench trial. The verdicts only matched in 77 percent of cases. The study assumed that judges are at least as likely as a jury to make a correct verdict, leading to the conclusion that juries are only correct 87 percent of the time or less.

The study was conducted by Bruce Spencer, a Northwestern statistics professor, and will be published in the July issue of the Journal of Empirical Legal Studies. Spencer said in a statement that it would take a much larger study to truly predict the accuracy of jury verdicts nationwide in all cases.

I’ve been saying this for years. Democracy and decisions by small groups don’t necessarily arrive at the right answer. These methods were an improvement on the divine right of kings, and that was great 200 years ago. But they’re not the be-all and end-all of government. Sometimes–most of the time actually–majorities get it wrong. Even if they get the right answer, it’s often for the wrong reasons. Without critical thinking and hard evidence, people are subject to persuasion (see Manufacturing Consent), and use “gut feelings,” which is a very messy and imprecise process. Lawyers all know that trials are won and lost with jury selection. So a hand-picked jury (using peremptory challenges) becomes the key–with jury experts bringing psychological profiling into the courtroom to determine outcomes.

I’m not saying change it overnight. But we need to stop putting blind faith in non-experts to resolve critical questions, especially where lives hang in the balance. We need to stop pretending jury selection is anything other than the most cynical strategic manipulation. Instead of letting experts pick a jury of pawns, let’s create a panel of objective experts in guilt, innocence, ethics and civil liability–trained critical thinkers who will put aside their emotions and spot the flaws in the lawyer’s arguments, and examine evidence impartially. This could be a position of great honor, similar to a judge, but professional rather than appointed or elected.

By whatever means necessary, let’s put an end to this inaccurate farce we call “trial by jury.”

Is The Human Soul Worth Saving?

Scary stuff. I sometimes try to imagine being falsely accused of something and how terrifying it would have to be to realize that my future was in the hands of 12 average Americans.

Yes, vjack, and the verdict would depend on their heuristic/emotional evaluation of you, which would include your looks, gestures, and other irrelevant factors. Kind of makes me empathize in a big way with the untold thousands of people of color who’ve been wrongly convicted in U.S. courtrooms. Turns out subjectivity cuts all ways.

A Texas bus driver accused of manslaughter was acquitted by a local jury on Thursday after the members had stopped to pray to God for guidance. Jerry Cook, former bus driver for Pasadena Independent School District, was brought up on the charges, initially for murder, after he had accidentally run over a 9-year-old girl, Ruth Young, just outside Houston. “God led us to make the right decision,” juror Cedric Kissam said after the verdict, according to the Houston Chronicle. “It was an accident. It wasn’t reckless driving.”

I’m in favour of getting rid of the jury myself. It’s very true that it was a great progress back then, but not now.

BlackSun, there may be good reasons to get rid of juries and replace them with something else, but Spencer’s analysis of the NCSC data doesn’t provide any of them. In arriving at his 13% inaccuracy estimate, Spencer assumed that judges (“experts”) are as accurate overall as juries. His analysis does not support the theory that they are more accurate.

Yes, the system stinks, but it’s better than any alternative that exists now.

Strappado, the bus driver case to which you refer might, notwithstanding the jurors’ claimed divine guidance, optimistically be seen as an advertisement for the jury system. (I’ve blogged about the case here.) If an expert judge were determining the case, and had agreed with the prosecutor who was determined to “honor” the child by imprisoning the driver, the bus driver would be in prison right now.

Yes, the system stinks, but itâ€™s better than any alternative that exists now.

As a non-expert myself, it would seem to me that something more akin to an arbitration panel would work: say 3 trained experts who are required to hand down written decisions recapping the evidence and citing reasons for their decisions.

I’m definitely not thinking a single judge is better.