San Francisco Puts The Kibosh On Bottled Water
LOGIN
Monday, December 5, 2022
Top Posts
What’s Up With the Nazi “Black Sun” Rune Wheel?
Elizabeth Clare Prophet Claimed To Be ‘Clairvoyant’
The Eightfold Path of Denial of Death
Why I Left The Radical Secular Podcast
Miss R*EVOLutionaries: Panel Discussion
Money Is Not A “Shared Fiction”
Beliefs About God Won’t Make You Moral
This Is Not Fine!
Wealth Concentration Leads to Feudalism
Is Something Unclear About What’s Wrong With America?
SUBSCRIBE
Archive

And you should stop drinking it, too 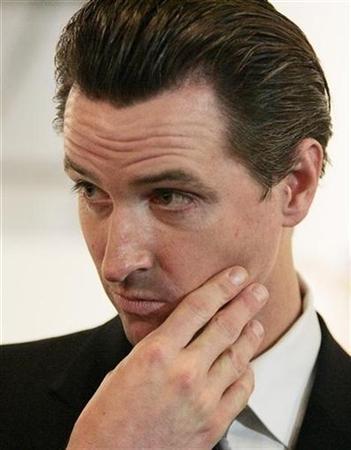 SAN FRANCISCO, California (AP) — Is city water better than bottled water? Mayor Gavin Newsom thinks so. Newsom has issued an executive order banning city departments from buying bottled water, even for water coolers. The ban goes into effect July 1, and will extend to water coolers by December 1. The move was billed as a way to help stem global warming and save taxpayer money. “We’re hoping to set the example for the private sector and other cities in getting off the bottle,” said Tony Winnicker, spokesman for the San Francisco public utilities commission. In a press release announcing the decision, the mayor cited the environmental impact of making, transporting and disposing of the bottles. More than a billion of them end up in the state’s landfills each year, the release said. When the ban goes into effect, city and county offices will dispense municipal tap water from a reservoir. Winnicker said exceptions will be made in cases where potable water is not easily available or poses health concerns.

San Francisco gets its water from the pristine Hetch Hetchy reservoir. So it has some of the best tap water in the world. But that won’t stop right wingers from having a complete shit fit about this ban. They just love their bottled water. And they hate the idea that any government could tell anyone not to buy a destructive product, no matter how unnecessary or damaging that product might be.

Gavin Newsom’s move may seem trivial. Even as people mock, however, they may start to think twice about the true social costs of unnecessary plastic use. If it raises consciousness and moves us to a more sustainable society, it’s well worth it.

Is The Human Soul Worth Saving?

This is good. Now the government officials and agencies who legislate fluoride into the water supply will be forced to drink it themselves.

Fluoride is added to San Franciscoâ€™s water supply, not to purify it, but to prevent tooth decay in tap water drinkers. Modern science shows it is ineffective, harmful to health and a waste of tax dollars.

Fluoride chemicals are silicofluorides – waste products of the phosphate fertilizer industry. They are dumped unpurified into the water supply. They are allowed to have trace amounts of lead, arsenic, mercury and other contaminnts.

Studies link silicofluorides to childrenâ€™s higher blood lead levels which, in turn, are linked to higher rates of tooth decay.

So drink up San Francisco government officials and make sure your kids do, too. If you are buying bottled water at home to protect your family, you should be protecting all San Franciscans by ending water fluoridation.