Jerry Falwell’s Death Is Cause For Celebration
LOGIN
Monday, December 5, 2022
Top Posts
What’s Up With the Nazi “Black Sun” Rune Wheel?
Elizabeth Clare Prophet Claimed To Be ‘Clairvoyant’
The Eightfold Path of Denial of Death
Why I Left The Radical Secular Podcast
Miss R*EVOLutionaries: Panel Discussion
Money Is Not A “Shared Fiction”
Beliefs About God Won’t Make You Moral
This Is Not Fine!
Wealth Concentration Leads to Feudalism
Is Something Unclear About What’s Wrong With America?
SUBSCRIBE
Archive

Home Religion Jerry Falwell’s Death Is Cause For Celebration

Jerry Falwell’s Death Is Cause For Celebration

Hitchens: "If you gave him an enema, he could be buried in a matchbox." 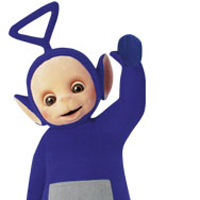 Yes, I spit on his grave. Others have been more circumspect and expressed regret over the loss of life–any life. I agree, death is always a tragedy, being the ultimate final resolution, no matter how the life was lived. To me the tragedy is compounded when an arch-bigot doesn’t get to live long enough to see the error of his ways. (Funny how the world always figures it out, eventually.) It happens too often that an oppressor of millions has only their own paltry life to pay for their crimes. As for Falwell, only now can he finally not realize that he’s not headed for the hellish ‘heaven’ of arch-conservatism and theocracy he tried to impose on earth while he lived. His brain wave patterns are already gone forever, and no part of them will ever return from our shared irrevocable human destiny of protein decomposition.

Sure, Falwell had a family who loved him and will miss him. So did Charles Manson, Augusto Pinochet, Hitler, Stalin and Pol Pot. A tyrant (or would-be tyrant in the case of Falwell) is not redeemed just because he is human.

Fellow theofascist Pat Robertson opined: “Jerry has been a tower of strength on many of the moral issues which have confronted our nation.” The 2008 Republican presidential candidates have been trying to outdo each other’s eulogies. John McCain called him “a man of distinguished accomplishment who devoted his life to serving his faith and country.” Mitt Romney gushed: “An American who built and led a movement based on strong principles and strong faith has left us. He will be greatly missed, but the legacy of his important work will continue through his many ministries where he put his faith into action.”

From the AP story on his death:

Falwell credited his Moral Majority with getting millions of conservative voters registered, electing Ronald Reagan and giving Republicans Senate control in 1980. “I shudder to think where the country would be right now if the religious right had not evolved,” Falwell said when he stepped down as Moral Majority president in 1987.

…the Moral Majority’s full-throated condemnation of homosexuality, abortion and pornography – made Falwell perhaps the most recognizable figure on the evangelical right, and one of the most controversial ones, too.

Falwell waged a landmark libel case against Hustler magazine founder Larry Flynt over a raunchy parody ad, and created a furor in 1999 when one of his publications suggested that the purse-carrying “Teletubbies” character Tinky Winky was gay.

Matt Foreman, executive director of National Gay and Lesbian Task Force, extended condolences to those close to Falwell, but added: “Unfortunately, we will always remember him as a founder and leader of America’s anti-gay industry, someone who exacerbated the nation’s appalling response to the onslaught of the AIDS epidemic, someone who demonized and vilified us for political gain and someone who used religion to divide rather than unite our nation.”

In 1999, he told an evangelical conference that the Antichrist was a male Jew who was probably already alive. Falwell later apologized for the remark but not for holding the belief.

Falwell set back the cause of human rights and freedoms in America by decades. His legacy lives on in the execrable political thundering of American Evangelicals and Dominionists.

Here are just a few of Falwell’s hypocritical and atavistic positions, summarized from Wikipedia:

Good-riddance to the sick bastard. Too bad his ideas can’t die with him. I look forward to the day when the Falwells of the world are treated no differently than the Fred Phelps. Because the only difference between these two assholes is the price of their underwear.

The Human Body Is Never Undignified

Conspiracists On The Rampage

Jerry Falwell represented the nadir of humanity. He was one of the arch-villains of our day. Patriotic Americans, those who care about the sanctity of the Constitution, should set off celebratory fireworks.

The telly tubby waving bye bye is classic! If you don’t mind I am going to use that pic. to post a bulletin about Falwell on myspace.

You also have a friend request on your myspace. :)

No benevolent god would have allowed that hate-mongering bastard to live into his 70s!

I almost wish I had the satisfaction of believing that he still had Hell to look forward to.

In Dante’s Inferno, people who use religion for their own evil purposes are stuffed head first, one on top of the other, down into a fiery hole.

The human race should be ashamed that such a man was able to profit so much and live so well from the hatred and suffering he imposed on his fellow man.

Shame on all of us. May we some day reach a point as a species where we will not allow ourselves to be divided along racial, ideological, or any of the insignificant, arbitrary lines which slow our progress and impose so much unnecessary suffering in this world.

Freddy Mercury would be a happy man today if he were still alive.

There will be more where he came from–Dobson, Robertson, etc. These guys aren’t done by any means. As long as people’s money chases their afterlife fantasies, we won’t be safe.

@Amy, that image was borrowed from TMZ. Funny, huh? Are you blogging regularly on Myspace?

@Dennis, since we don’t have brain activity after death, there’s no alternative but to rest in peace. It will be like we were never born.

@Aaron, LOL, I wish Freddie could have lived to sing that at Falwell’s funeral.

People talk about decorum?? and not speaking ill of the dead? Who are they kidding? This guy didn’t just insult people, he fought for keeps.

From this article trying to justify the madness:

According to Rev. Barry Lynn, executive director of Americans United for Separation of Church and State, 17 percent of Americans characterize themselves as members of the religious right.

“They do have a very clear set of principles that they would like to have adopted as a matter of law,â€ he said on Larry King Live Monday night. â€œThey’re people who have frankly and essentially given up the power of moral suasion and now what they’re trying to do is to turn their often narrow religious ideas into the law that applies to everyone in the United States. And that’s the great danger of that movement.”

He tried to get legislation passed against, or block legislation protecting: African Americans, gays, atheists, liberals, and anyone else he didn’t like. (I remember the whole Earl Warren/George Wallace racial imbroglio, because as a child I listened to my own father rant on the same way–almost all conservative religious leaders were racist in the late 1960s). If there was ever a “war of words,” it’s the one Falwell spent his entire life waging against lovers of freedom everywhere. His P.R. tactic was: Spew hate. Get called on it. Apologize and repeat the hate. Repeat.

Now we should shut up because he’s dead? Not bloody likely.

Jerry Falwell, one of the biggest bigots in the history of stupid-dom is dead! I don’t even consider him worthy of my time to spin a reiteration of any amount of research on the man, but I will say that one of the biggest spreaders of the delusion disease, an icon of the anti-civilization is now nothing more than worm food.

Anti-civilization: A society that hinders growth, advancement, learning, and reality by spreading mystical thinking in order to control citizens. This type of social structure devalues humanity by leaching off of the productive people and propagating the diseases of death, dishonesty, laziness, hate, and stupidity. This civilization inevitably spirals to destruction at the hands of religious and governmental mystical thinkers. All mysticisms, especially the subset — religions, are delusional traps.

The only way out of this worldwide trap is to neutralize the deadly power of the anti-civilization by exposing the hidden con-artists in positions of power. Once these truly evil people are exposed, a revolution on many fronts will begin to unfold. These will be mostly quiet revolutions where people that value humanity will rise to positions of power and thus effectively neutralize the strangling grip of the anti-civilization.

I believe we have the capacity and intelligence to bring forth a new civilization, a super-civilization, where the individual is cherished and protected, where people are free to live their passions and bring tremendous value to humanity, and where fully-integrated honesty is common sense.

Thanks for the info on anti-civilization. I agree with most of what you have laid out. However I have removed the link to your commercial site. I don’t mind links which provide information, but the page you used had a shopping cart.

I welcome discussion, but do not allow promotion of products. Thanks.

A little, I am promoting Adelphiasophism, in hopes of replacing un-natural death based religions with a life afirming, reality and science based one. I have a little time on my hands for a week or so before I wont be able to do much of anything but get ready for company, my sons graduation and a big move across the country, so I’ve been spending a little more time than usual there.

If more of the fundamentalist would die off, it might make the transformation a little easier. lol