Yellowstone Supervolcano Rumbling, Grand Tetons Sinking
LOGIN
Monday, December 5, 2022
Top Posts
What’s Up With the Nazi “Black Sun” Rune Wheel?
Elizabeth Clare Prophet Claimed To Be ‘Clairvoyant’
The Eightfold Path of Denial of Death
Why I Left The Radical Secular Podcast
Miss R*EVOLutionaries: Panel Discussion
Money Is Not A “Shared Fiction”
Beliefs About God Won’t Make You Moral
This Is Not Fine!
Wealth Concentration Leads to Feudalism
Is Something Unclear About What’s Wrong With America?
SUBSCRIBE
Archive

It might help if geological doom-prophets actually studied geology 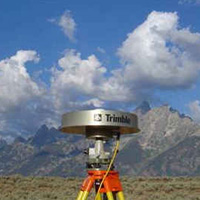 If there were any truth at all to the cataclysmic prophecies Elizabeth Clare Prophet made in the 1980s, then Yellowstone Park should be the most geologically stable place on Earth.That’s because the ‘Ascended Masters’ told Prophet to relocate her church there, and to prepare to survive a period of massive war and earth changes.

Those changes included ‘polar shifts,’ triggering massive tectonic readjustments, 200mph winds, and the sinking of coasts. Prophet nervously left Southern California in early 1987 because of these ‘earth changes’ she expected. A few small tremors she felt in the ’70s and ’80s convinced her that the San Andreas fault was a clear and present danger.

But it looks like the ‘masters’ sent her out of the (earthquake, fire, riot, and flood-prone Los Angeles) frying pan into the supervolcano fire. It turns out that Yellowstone, her Edgar Cayce-inspired ‘cradle of a new civilization’ sits on top of one of the largest supervolcanoes in the world, which is now overdue for an eruption. But we need to ask whether Prophet felt inspired by dictations, or from Cayce’s ‘readings.’ His vague claim that Livingston, Montana would become a seaport following earth changes might have had more to do with her choice of location than ‘Saint Germain’ or ‘El Morya.’

According to Cayce, Livingston, Mt., where this magazine is published, could ultimately be a seaport. Concommittantly, more than a handful of investment-letter writers, grounded in a monetary perspective, also have been predicting economic dislocation, social upheaval and government breakdown.…

Whatever…But seismic activity in the Yellowstone Caldera has been increasing since 1990. Since the Tetons are supposed to be a major spiritual ‘retreat’ for the ‘brotherhood,’ one would think they might be concerned that their retreat has sunk several inches in the last 15 years–an indication of the movement of magma.

…significant activity continues beneath the surface. And the activity has been increasing lately, scientists have discovered. In addition, the nearby Teton Range, in a total surprise, is getting shorter.

I guess if one really believed in masters, one would also believe that they could ‘fix’ these things like Superman fixed the San Andreas fault in the 1978 movie:

[from the plot summary] the California missile hits the San Andreas Fault, triggering the massive earthquake Luthor had intended. The length of the fault is devastated by the initial quake, but Superman prevents the catastrophic landslide Luthor intended by plunging deep into the earth to shore up the fault line

But back to reality…According to a recent article from MSNBC:

University of Utah geology professor Robert Smith, who monitors earthquakes and volcanic activity in Yellowstone, said more real-time monitoring should be helpful. “We’ve really been stressing over the last couple of years that the USGS should consider hazards as a very high priority in their future,” he said. “We need to get the public’s confidence and the perception that we’re doing it right.”

Current research indicates that the Yellowstone supervolcano has erupted several times in the past, covering much of present-day North America with ash. Scientists believe the supervolcano will erupt again sometime in the future, and judging from the observed pattern of previous events, the next eruption is actually overdue.

I hope this doesn’t happen, with the same hope that I have for the San Andreas fault to keep quiet. But Paradise Valley, Montana, and Southern California are at the exact same level of earthquake threat, as classified by the USGS. In fact the red “danger zone” is drawn almost perfectly at the northwest tip of Yellowstone park, where Montana and Wyoming meet.

So to recap: every part of the earth is a dangerous place to live. Tsunamis, earthquakes, supervolcanoes, tornadoes and hurricanes all threaten cataclysmic damage to our way of life without warning–whether we live in major cities or closer to the wilderness. And that’s not even considering the issue of large meteor strikes.

The only threat which is greater in the cities is terrorist or military attack.

It is nothing short of malicious manipulation to claim divine knowledge of the ‘next’ natural disaster or war. If this were true, and if ‘divine revelation’ were possible, some prophet could have gained a great deal of credibility by predicting 9/11, the 2004 Indian Ocean tsunami, or hurricane Katrina. They didn’t.

…You can kiss my upraised middle finger. And to those who follow such false prophets: you should know better by now.

Hi Sean, I was throw out of Summit Lighthouse /CUT in 1982 for asking a questionâ€¦.

Iâ€™m an Alumni of SU Fall 1981. I remember you and your sisters sitting in the front row of the chapel at â€œCamelotâ€?. Itâ€™s meant alot to me to read your writing and hear your perspective from your lifes journey.

â€œA little book about Shadowâ€? is a book that has / is helping this man, â€œClaiming your place by the fireâ€? is another book. Wishing you well as i keep my shadow in front of me or at least along side :) ,

Hearing your perspective on CUT et al gave this man some new perspective,

Remember all those psychics who used to be on T.V. with the 900 numbers?

One had a really fake Jamaican accent?

They all quietly slinked into the shadows after 9/11…

kinda difficult to explain how you didn’t see that one coming!

I was living in Ohio when Katrina happened. I had been on the receiving end of moral outrage for years because I was outspoken about evolution (I worked in the medical field, mind you), and do you know that not one of my coworkers blinked an eye when Falwell blamed Katrina on the decadence of the people of New Orleans? Not everyone agreed, but there wasn’t the anger and the moral outrage that there should have been.

Elizabeth Clare Prophet’s ironic blunder would be hilarious if it were not so sad.

Francis, sorry you were thrown out. Hope things are better now!

Heather, I think the psychics have had their day. But there are always people willing to buy into the punitive god BS. Helps them fit things into a simple neat world view. Good for maintaining their sense of control.

My family has lived at Emigrant, Mt. for several generations. I’ve spent a lot of time reflecting on the CUT church. I can remember being 11 and purposely wearing red and black just to get a rise out of the recent religious transplants. he he he

Anyway, my mother is a Geologist, so I’ve known about the Yellowstone Caldera for as long as I can remember. I’ve always wondered why ECP decided (along with the divine) on a spot so close to what is possibly the largest volcano on earth.

It sort of reminds me of Pat Robertson on the 700 club stating that “there will be another terrorist attack on the US in 2007. God told me….I hope I’m wrong….” HUH? If God told you, how could you hope that you’re wrong? Anyway…

Should read Elizabeth Clear Profit, she riped of a lot of people. Now she's dead,ops ascended and left a bunch of dumb asses behind. I'v been here 35 yrs.