The Human Cost of Oil Production
LOGIN
Monday, December 5, 2022
Top Posts
What’s Up With the Nazi “Black Sun” Rune Wheel?
Elizabeth Clare Prophet Claimed To Be ‘Clairvoyant’
The Eightfold Path of Denial of Death
Why I Left The Radical Secular Podcast
Miss R*EVOLutionaries: Panel Discussion
Money Is Not A “Shared Fiction”
Beliefs About God Won’t Make You Moral
This Is Not Fine!
Wealth Concentration Leads to Feudalism
Is Something Unclear About What’s Wrong With America?
SUBSCRIBE
Archive

The Human Cost of Oil Production 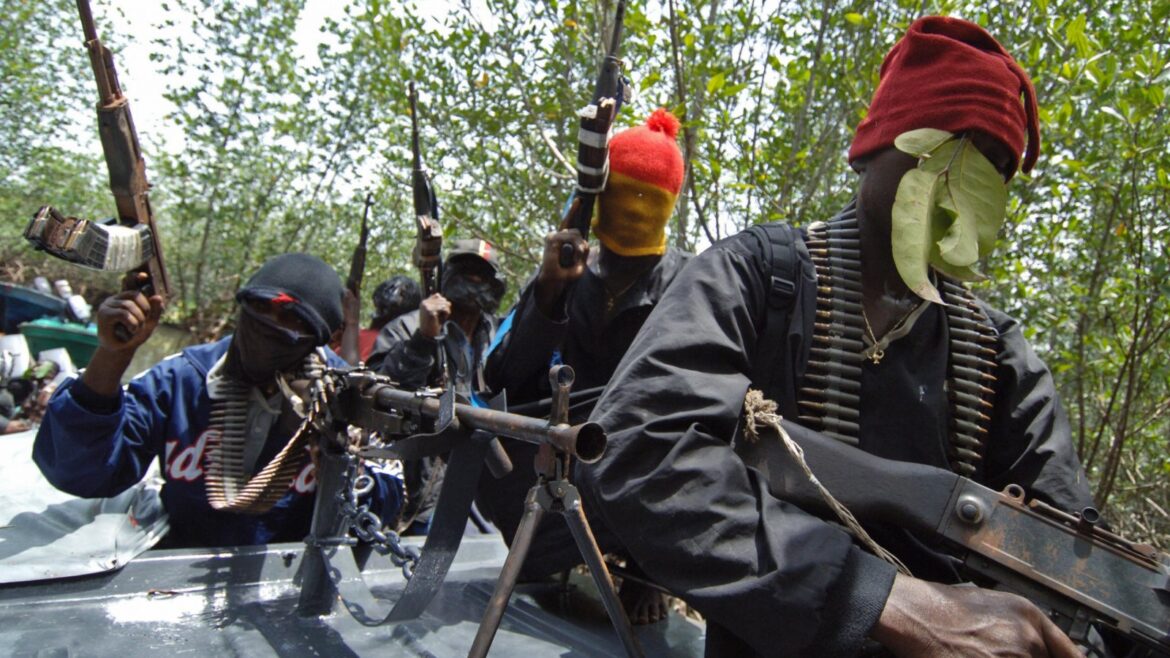 (CNN) Nigerian militants are threatening to kill Filipino hostages if they don’t get a larger share of oil revenues.This situation is just one small example of the human toll taken by oil markets. Nigeria exports 2 million barrels a day. That’s $120,000,000 per day, almost none of which gets back to the people. The U.S. imports 10,126,000 barrels per day from all sources.

MEND’s leader said his group is fighting because of billions of dollars being made off the oil rich deposits of the Niger Delta, with very little of the profits making it back to the Nigerian people, especially those in the Delta where some of the world’s poorest people live.

More than 2 million barrels of crude oil is pumped out of Nigeria every day, according to the U.S. Energy Department. International oil conglomerates from the United States, China and other countries have taken up stakes in the Niger Delta. Among the oil giants are Shell, ExxonMobil, ChevronTexaco, and oil service companies like Schlumberger and Brazil’s Petrobas.

Sure, the companies who developed these fields have the right to a reasonable share of the profits. But if they don’t strike a fair bargain, they’re going to find a socialist dictator like Hugo Chavez being installed by violent revolution. How long does it take to read the writing on the wall? And this is to say nothing about the other egregious elements of foreign involvement in Nigeria: 1) the obscene situation of utterly wasteful natural gas flaring, 2) dire local pollution, and 3) the overall contribution of Nigerian oil production to the world carbon crisis.

We need to insist on fair-trade in the oil industry, and to police the corruption of these type of regimes. If we turn a blind eye and persist in getting our oil under these or similar circumstances, it’s the moral equivalent of sucking blood from human carcasses through a straw.

More on the Nigerian oil company disgrace halfway down the page here.

[An excerpt: Felicia, Beatrice and Comfort were running through Itak Abasi. Breathless. Their bare feet drummed the Nigerian village’s sandy alleyways. In their small hands they clutched packets of rehydration salts.

The medicine was free, distributed by health officials at the local school. The village wells were tainted with fecal matter. And people were dying of acute gastric infections, possibly cholera. Two children had succumbed that day. Another two would die the following week. The doctors were angry. They said this was by no means an exceptional occurrence.

Itak Abasi–“Foundation of God” in the local Ibibio language–is a rural slum festering atop a sandbar at the mouth of the Akwa Ibom River. Its hovels squat half a mile from the Exxon Mobil oil export terminal that supplied the bulk of African crude purchased by Marathon and sold in South Elgin. [Illinois] Since 1971, the facility, a sprawling tank farm, has funneled billions of dollars worth of petroleum to the United States. Itak Abasi seethes next door with neither plumbing nor
electricity.

“The oil companies are no good,” said villager Sunday Jeremiah, 40. “We are crying daily.”

He is a fisherman. And the running little girls–age 10, 11 and 13–are three of his seven children. They raced each other to the family’s palm-leaf hut, stepped over a doormat of periwinkle shells and handed Jeremiah the medical salts. Then they darted away, singing nonsense songs. So far, nobody happened to be dying in the Jeremiah family.

Exxon Mobil’s local subsidiary, Mobile Producing Nigeria, pumps the local oil fields in a joint venture with the Nigerian National Petroleum Corp. The U.S. oil giant has a complex relationship with its destitute neighbors. On one hand, it helped renovate the village’s schoolhouse. But it also spilled at least 40,000 barrels of crude into the sea in 1998, a fiasco that fishermen say permanently destroyed the village’s traditional livelihood.

Climate Change is the Shadow of Civilization–The Denial is Over

Love is not Enough