We Are Smarter Than Me
LOGIN
Monday, December 5, 2022
Top Posts
What’s Up With the Nazi “Black Sun” Rune Wheel?
Elizabeth Clare Prophet Claimed To Be ‘Clairvoyant’
The Eightfold Path of Denial of Death
Why I Left The Radical Secular Podcast
Miss R*EVOLutionaries: Panel Discussion
Money Is Not A “Shared Fiction”
Beliefs About God Won’t Make You Moral
This Is Not Fine!
Wealth Concentration Leads to Feudalism
Is Something Unclear About What’s Wrong With America?
SUBSCRIBE
Archive

Home Critical Thought We Are Smarter Than Me

We Are Smarter Than Me

Helping each other overcome our biases 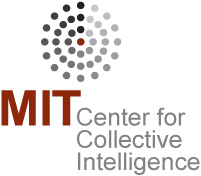 MIT has started a new Center for Collective Intelligence.  I learned about this over on the Kurzweil AI.net site.  The new directions being taken and cognitive research have broad implications for society, philosophy, religion, and psychology.  My chief concern at Black Sun Journal has been the proper separation of the subjective and objective. To casual observers, this dividing line often breaks between science and religion, between empiricism and the “supernatural.”  But there are far larger issues at stake.

Like the subjective/objective divide, the individualist/collectivist divide sometimes presents us with a false dichotomy.  What we really want is the best of both worlds.  We can’t eliminate subjectivity–it’s what makes us who we are. But we want it to stay in the arena of our personality, imagination, storytelling and entertainment.

Objectivity should be given its rightful role in matters of inquiry, and the setting of public policy.  Ideally, we want the individual to be sovereign over his or her own affairs, minimizing the meddlesome activity of the collective, while still protecting the basic framework of agreements, norms, and standards which maximize our freedom.

More and more we are beginning to understand how important it is to tap into collective intelligence.  Projects like Wikipedia, and “open-source” software only scratch the surface of what is possible.  Books like The Wisdom of Crowds have alerted many to the possibilities, and now the “We are smarter than me” project, which is managed by the Wharton business school, takes things a step further.

I’m optimistic. Looking at Wikipedia, notwithstanding “wiki wars,” casual users have built up an impressive database, which continues to improve by the day.  This is a great model, and the administrators have done a great job in striking a balance between openness and authority.

It’s an exciting time. What’s key to the success of these endeavors is the feedback mechanism.  Humans are finally waking up to the fact that while popularity is no guarantee of rightness, neither is authority.  We recognize the pathology of despots and tyrants, but curiously, many of us still pay attention to them when they come in intellectual guise.  Open-source and “group-think” applied to difficult human problems can help break this logjam.

We must simply be sure that these projects are structured in such a manner that we don’t trade our traditional reliance on authority for a new tyranny of the majority.  We also must be ruthless when a person’s opinion contradicts objective facts. Clinging tenaciously to an uneducated opinion is the darkest side of individualism. Such opinions are not simply silly, harmless fictions. We have seen how, when pressed into the service of religion and the supernatural, these opinions become the fuel for world conflict. But it’s not just religion. What Sam Harris calls “masochistic unreason” runs rampant through a nation where a full 33% of the people believe the 9/11 attacks to have been the work of their own government.  In a democracy such as ours, the combination of conspiracy theories, religious demagoguery, and lack of voter education on issues, (or voter apathy), combine to make any concept of government “of, by, and for the people” an illusion.

So many thorny problems, philosophical and otherwise, can be solved by ‘crowds.’  It’s awfully hard to argue against the validity of observations with human sense organs (as some philosophers do) when their reach is extended by instrumentation and multiple observers.  The same can be said for the problem of causality, and the implicit reliance of science on induction as outlined by Hume.  At a certain point, when multiple observers and events are involved, we must conclude that our observations are true beyond a reasonable doubt. The more observers who agree, the less reasonable the doubt becomes.

I’m hopeful that these steps are the beginning of the establishment of a worldwide framework of incontrovertible empirical knowledge.  We should be able to build on intellectual traditions of the past, augmenting them with new structures, which cover everything from business processes to philosophy and human psychology, while illuminating all subjective cognitive biases.

As these databases and dynamic networks grow, intelligent machines should also be able to add to the repository.  Already, machines make decisions about investing, product distribution, credit approvals, and scores of other tasks which have now become too complex for humans. Machines themselves, if programmed properly, will be inherently free from existential concerns. They are thus immune to the reliance on the ancient human myths. We may be faced with a choice in the future: Give up our myths and embrace reality, or stay in our subjective Disneyland, and let the objective machines run the world.

Note: Wikipedia’s still here, and as strong as ever. (Do you contribute regularly? If not, go over there right now and make a donation). All sorts of other crowdsourced projects have made the world a better place. But other than that, Holy Jayzuz Fuck, this post did not age well. Stupid people in large groups found each other on the internet–and the rest is our sad history of the 20-teens and 2020s. –Sean Prophet, August 2022

Two things (both of which you said, maybe not as explicitly as this):

1.) At no time should collective intelligence, i.e. something like Wikipedia, take on an authoritative role. You mention the tyranny of the majority, but I think it goes deeper than that. It’s not just avoidance of the tyranny of the majority, it’s the avoidance of the perceived authority of the majority. What I mean is that we can’t assume that because, in some instances, large collaborative efforts like Wikipedia hold true, that there is some kind of intrinsic authority to them. Are they more authoritative then individual speculation? Perhaps, perhaps not. But there’s nothing intrinsically ‘better’ or ‘more correct’ about a large collaborative effort… after all, one of the largest collective pools of wisdom in the world is Christianity itself, and I’d hardly call it authoritative on anything.

2.) All and everything must be voluntarily collaborative. ‘Nuff said.

I think you probably agree with both of these things (I know you agree with the second one), but I just wanted to clarify.

Hey Olly, welcome back! Yes, of course. I’m strictly talking about methods for taking the objective parts of collaborative wisdom while rejecting the subjective parts of individual opinion. This is easier said than done, naturally.

I don’t think Christianity qualifies as a true pool of collective wisdom. It’s a top-down, hierarchical meme. What I’m talking about is a grass-roots effort, with keen efforts at moderation and self-correction. In Christianity, it’s a one-way flow. There’s not much new wisdom that can be brought to bear when you’re dealing with revealed scripture.

In fact, Christianity and other religions can be seen as one of the primary ways collective wisdom is short-circuited.

I don’t think anyone’s come up with foolproof methods. But I’m hoping they will evolve. And “coercive collaboration” would defeat the whole purpose of what I’m talking about.

Sean: Thanks! My hiatus lasted all of a week lol, but whatever. Anyway, you are right, of course, about Christianity… I intended a certain amount of sarcasm with the word ‘wisdom’ in that context ;).

At any rate, there are plenty of collaborative projects out there that do in fact put out good products/work/wisdom. All have their share of problems, but that will always be the case. You mentioned Wikipedia, I’d add Linux to that as well.

Linux is not just one community, but 100’s of communities, usually organized around ‘distros’ (distributions). All a distribution is, is the Operating System packaged in a certain way, for certain hardware, and including certain software packages by default, artwork, optimizations, specialties, etc… there are some that are commercial, some that are community, and some that are half way in between. But with all of the, what you have is a huge amount of users out there from which to pull wisdom. Innovation happens at the developer level, and they are nothing more than another segment of the community, the pioneers if you will. Linux has no central planning authority (though certain distributions have developed their own committees along collaborative, elective lines, such as Debian, which is one of the oldest), with the exception of a group of developers that maintain the kernel of the OS itself… but even they aren’t an ‘authority’ by any definition of the word.

Here is an Operating System that has so much development put into it by enthusiasts that when Microsoft announced the new graphics engines that they’d be using for Vista (their as of yet un-released follow up to Windows XP), the Linux community had already released the open source alternative, and had it up and running.

A free, open source, collaborative community project is beating the large behemoth, top down controlled Microsoft to market consistently. That’s the power of collaboration without coercion.

Sorry to proselytize for Linux, but I truly think it’s a model for how an anarchist/voluntary collaborative, organization would work. Whats the moderating control here? Easy, it’s the Copyleft license that Linux is distributed under, the GPL (GNU Public License), which states that you can use the source code as you will, but only if you a.) give credit to the authors of it, and b.) make that code and any changes you make to it freely available in your product as well.

Very very interesting! Now that i’ve taken up too much of your comment space, I’ll sign off!

sean
It will be interesting to see the turn out on this project. Please keep us updated.

I do hope its a satire site. I have hard time believing that there are many if any flat-earthers. BUT, you just never know when it comes to religious people. Scary!

OMG, sean check this out! it has nothing to do with this entry, but you might find it funny how people can still deny scientific advancement even to this point.

You have to read the faq, it is unreal!

Brandon — unfortunatly those guys are serious… I came accross them a while ago (I can’t remember the context), but they ARE serious.

Hey, here’s the original article I read on them, a long ass time ago… you think their forums are bad, read this one:

Olly, I agree that Linux is a great thing. Open-source may yet dethrone the reigning OS’s. As far as the flat-earthers go–pathetic.

Brandon, welcome back, hope you are doing well.

sntc, will do. You should check the Kurzweil site regularly, they keep tabs on all kinds of good stuff.