We Love Our Violence, Just Don’t Make it Too Real
LOGIN
Monday, December 5, 2022
Top Posts
What’s Up With the Nazi “Black Sun” Rune Wheel?
Elizabeth Clare Prophet Claimed To Be ‘Clairvoyant’
The Eightfold Path of Denial of Death
Why I Left The Radical Secular Podcast
Miss R*EVOLutionaries: Panel Discussion
Money Is Not A “Shared Fiction”
Beliefs About God Won’t Make You Moral
This Is Not Fine!
Wealth Concentration Leads to Feudalism
Is Something Unclear About What’s Wrong With America?
SUBSCRIBE
Archive

Home Psychology We Love Our Violence, Just Don’t Make it Too Real

We Love Our Violence, Just Don’t Make it Too Real

Who owns your life if you can't decide to risk death? 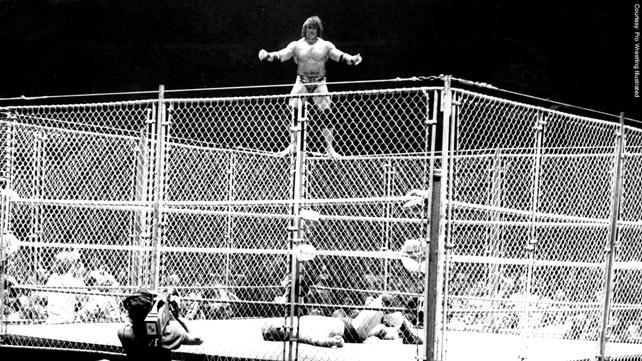 We positively worship violence in our entertainment. So why do we draw a bright line to ban human bloodsport? I think we have to look beyond our emotional and visceral reaction. It does indeed sound uncivilized and downright revolting to create a spectacle out of people killing one another. But remember that in Colonial times, many early Americans fought duels to the death with swords and pistols. Including most famously Alexander Hamilton and Aaron Burr.

The question touches on some very controversial propositions: the tension between individual rights, the meaning of personal sacrifice, what kind of culture we want, and balancing freedom of choice in entertainment with the desire to protect children from unsavory influences, to name a few. But the primary question is this:

Who owns your life if you can’t decide to risk death?

Billions of people every year pay to see violent films and play violent video games, where extremely graphic bloodsport is the main draw. Horror and martial arts films seem to be the worst ‘offenders.’ It seems that the more blood and the more violence there is, the higher the ticket sales. One of the most violent, and characteristically one of the biggest box-office draws, was that Christian snuff film, “The Passion of the Christ.”

We know that violence sells, just as sex sells. We can see that given a choice, people always choose the more realistic portrayal. Boxing and extreme wrestling remain as big a draw as ever. The “many faces of death” films have been overwhelmingly popular. A visit to any number of “gore” sites yields a plethora of actual filmed deaths. Whether news footage of tragedies, or sporting deaths, or beheading videos, such clips are downloaded millions of times. This isn’t because of a clinical interest. There is a morbid fascination with actual death, that goes beyond anything that can be achieved with a filmed special effect. We should consider this, and try to understand why our civilization has a taboo against showing real deaths. No one bats an eye at the outrageously detailed and slow-motion simulations of the exact same violence in every available media.

When real people die on live TV, or during war coverage, why does the news media blur out the victim in replays, or cut away? Sure, on the one hand I get it. For the families. But that won’t bring those people back, and the dead person doesn’t care. There’s always a public interest in seeing what happened, exactly as it happened.

Society also champions selfless risking life and limb. The first and most obvious example would be, of course, the military. People sign up to serve, knowing quite well that they may come back in a body bag, and they are honored for that choice. Firefighters and policemen put themselves in harm’s way every day, to serve the public. Football and hockey games are highly popular mock gladiatorial contests. With hockey, a primary attraction of the game is the brawling.

Yet, team management and the NHL all make attempts to distance themselves from the violence, and claim that the conduct is shameful and unsportsmanlike. This is politically correct bullshit. Fans love a bench-clearing melee, and they love it even more because it’s not staged. So why the double standard? Why the contradiction? If this is what people want, why not give it to them?

Back to bloodsport: Why do we allow our young men and women to go off to war to fight for country, with their religion cheering them on, but we don’t allow people to fight for themselves? Let’s take a hypothetical example of a contest where two participants would fight to the death for a prize of say $10 million. Such a fight would generate far more revenue than the prize payout. Well, you say, that would be abhorrent and besides, it’s against the law. And of course it is, but why? The losing family would be well compensated, far beyond what a life-insurance policy would be expected to pay.

People get killed all the time over less than $100, or a pair of shoes.

When a firefighter rescues a young child but dies of smoke inhalation, they’re considered a hero. Like the prizefighter, the firefighter’s family is left with a box of ashes, and a payout. Why is it we consider the public good higher than an individual’s good? I think it’s a legitimate question to ask. It really goes to the heart of the question of self-ownership. Does a person have the right to do whatever they want with their life including end that life? How can anyone deny that they do? If we hold self-ownership to be a guiding principle, we have no choice but to acknowledge this. The right to suicide is the most fundamental human right of all. No person is able to choose their circumstances of birth. So clearly it is a matter of human dignity that they should have the right to plan and decide the time and manner of their death, whether we agree with their choice or not.

Do I relish the thought of a modern return to the primitive honor culture of dueling? Not at all. As I said in the opening paragraph, the whole idea is revolting to me. But if we believe in individual rights, it’s tough to find a reason why we should incarcerate someone for choosing to risk their own life for money, or honor.

The Jihadist Ladder Of Chaos In The Middle East

Inisghtful!I think that two people voluntarily beating the shit out of eachother for money is just fine. I also think that they are free to do so if they choose, and that others are free to pay to watch it if they want. But personally, it isnt something Im going out of my way to watch.

I think the consequences of that kind of violence are plain to see for anyone, including children.

Ones blood is splattered all over the mat, numerous sports injuries, ears bitten off, etc… The point is that the physical risks are clear as is the emotional and financial rewards.

Would you take an ass whooping for a cool million dollars on national TV? Aint nothing wrong with it if you choose to do so.

You nailed it when you said “hypocritical”.

Thanks, Aaron. That was mainly my point. I’m not saying bloodsport is desirable, or that I’d necessarily watch it. It’s strictly a thought experiment to see what it would be like if people were free to take deadly risks not only for others but for their own gain.

Every person does indeed have a price. Much as we don’t like to admit it, a person’s life can often be summed up in dollars and cents. That’s what actuaries do, and an entire industry is based on those assumptions.

People take huge risks in business, and if they lose out, they may lose a lifetime of earnings. No one blinks an eye at this, in fact it’s considered courageous. (“No risk, no reward.”) But put your hide on the line, and suddenly you run afoul of social expectations. (Does that mean we value body over intellect?)

We’ve got to take this idea of self-ownership seriously if we’re ever going to grow up as a race.